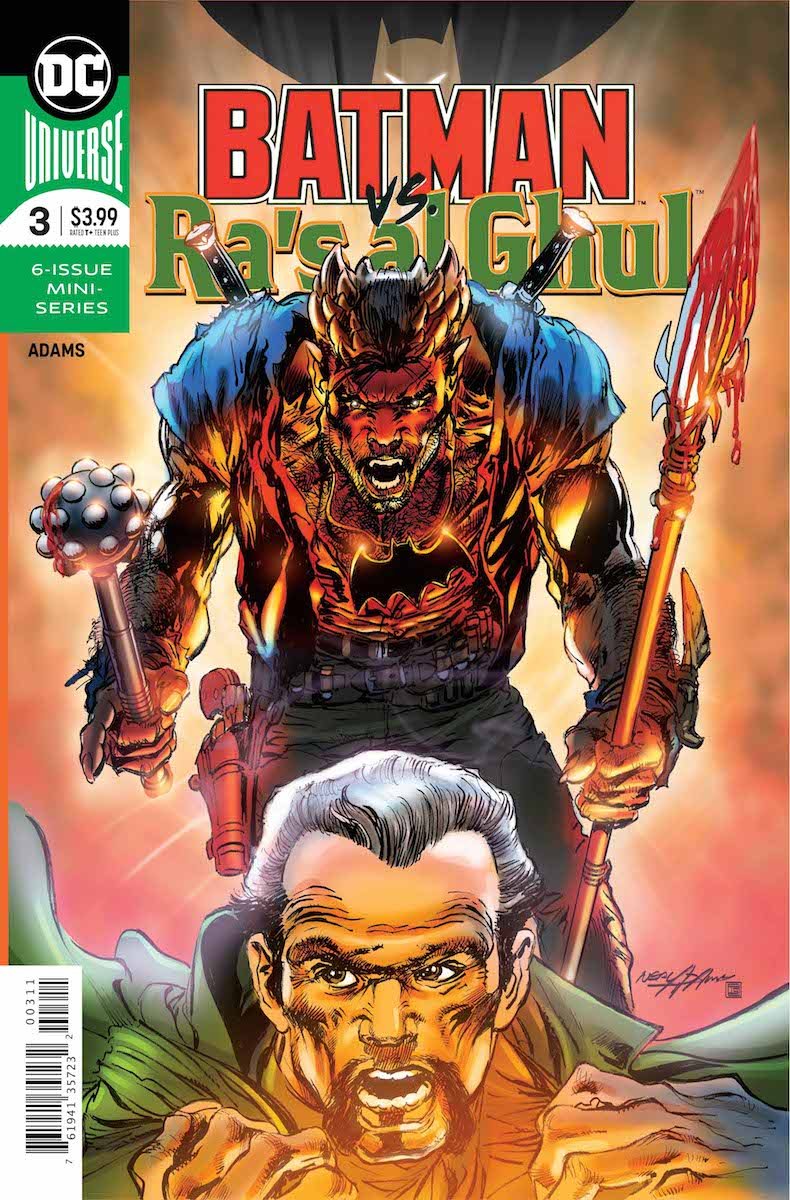 When we last left off, Robin was fighting an evil mad scientist with robot duplicates of Gotham villains, but things were more serious than that – Batman had seemingly forgotten who he was. That leads to a series of bizarre dialogue moments as Batman and the Robins wander around Wayne Manor rambling while Alfred makes droll comments. The idea of an amnesiac Batman has been done before – most notably by Scott Snyder during “Superheavy” – but it’s impossible to take this segment seriously thanks to Adams’ “trademark” dialogue that makes every scene funny whether it’s supposed to be or not.

But that’s just the start of the strangeness, as the other half of Batman seems to have been split from him – and is currently living out an existence as a Bat-themed warrior in a fantasy-themed land. These segments are amusing, but they feel disconnected from the main story and also tie in more with Adams’ Deadman miniseries – the main villain from there is present, and she seems to be somehow behind the master plan.

We’re halfway through this series, and it’s near-impossible to see where it’s actually going. The villain of the title is barely present, only appearing in one major scene where he’s on a TV news show. There’s three Robins in this universe now, but they’re all drawn so similarly that it’s almost impossible to tell who’s who. The story is fitfully amusing, but completely fails as any sort of coherent narrative. Adams is a legend, and I’m glad he’s having fun.