Since its initial release in 2007, the Diary of a Wimpy Kid series has become a phenomenon in the world of children’s literature. The first thirteen entries in the series have been published in 74 editions and 62 languages, with more than 200 million copies sold and a constant presence on bestseller lists. The fourteenth installment in the series, Wrecking Ball, was released earlier this month (you can read our GeekDad review here). With the release, author Jeff Kinney embarked on a tour of several Midwest cities, where he hosted an interactive show themed on the new book. Jeff Kinney graciously made time recently to sit down with this GeekDad writer and my daughter (GeekYoungLady) for a quick telephone question-and-answer session:

GeekDad: Who are the Wimpy Kid characters based upon (especially Greg)? Are they autobiographical, or based on anybody that you know?

Jeff Kinney: Yeah, I’d say that the characters are sort of a fun-house mirror version of my own family members. Everybody’s been put through the fiction blender quite a bit, but Greg is the closest to me. He’s a character who has lots of flaws, lots of imperfections, and those are all my flaws and imperfections but just exaggerated and amplified.

GD: Sure. What about some of the supporting characters, like his brother Rodrick or even his parents or best friend Rowley?

JK: Yeah, so my older brother also [like Rodrick] was a drummer for a heavy metal band, who lived in the basement. But past that, that’s where the similarities start to dissipate a little bit. But, you know, everybody has at least a kernel of recognizable truth to them, including the mom and dad and Greg’s best friend. So I would say that some real people were the starting point for these characters, but, you know, I’ve been writing about these characters for about 20 years, so most of what they do is out of my imagination, especially these days.

GD: I was also curious about the theme, the storyline from the new book, Wrecking Ball. My daughter described some of the other books to me that she had read, and some of the main premises behind them, like the snowball fight in Meltdown [the previous installment in the series]. With Wrecking Ball, what was the inspiration behind the home improvement, or perhaps I should say “home destruction” story?

JK: Yeah, the home destruction storyline comes from my own current home renovation project. We’ve been out of the house for almost a year and a half. What started as a simple kitchen remodel just cascaded and got out of control and turned into a massive job. Hopefully we’ll be back in the house in about six months. But we’re living next door, so we’re really living this book’s plot, in a way.

And speaking to a story about a hot tub, there’s a moment in the book where a hot tub is lifted over the house with a crane, and I won’t say what happens, but even that is based on the truth.

GD: How do you work through transitions in the different storylines? For instance, this book began with Greg cleaning out his closet. How do you come up with the transitions where a closet clean out moves into an impromptu yard sale, then to the death of a family member, then the home renovation? With all the non-sequitur of that, is that just imaginative?

JK: Yes, I spent a lot time trying to figure out how to open this book. And I eventually settled on the yard sale, because I thought it was…well, the overall theme of the book is Greg letting go of his childhood home, and I thought it would be neat to have the book open with Greg letting go of his childhood possessions. And that opening actually follows the arc of the whole book. So the whole book is basically right there in the opening twenty pages.

But each Diary of a Wimpy Kid book, the better ones, starts off with a complete comedic vignette. Because I’m always cognizant of the fact that, you know, some kids who pick up this book may have never read a Diary of a Wimpy Kid book before. And so I can’t really rely on the past readership or any familiarity with an earlier book. So I have to try and grab the reader, and make sure that I keep them.

GD: Personally, Wrecking Ball is the first Wimpy Kid book that I’ve read. In some ways, Greg Heffley reminded me of another popular cartoon boy from when I was young: Calvin (of Calvin and Hobbes). They have several similarities. But I’m curious, what do you think is the appeal of characters like Greg, or like Calvin, these rambunctious young boys with wild imaginations and a propensity for getting into trouble?

JK: I’ve never heard that comparison made before, but I’ve thought about it from time to time. I think they’re similar in some ways…yeah, I think we like reading about flawed characters. You know, there are plenty of heroes in children’s literature, there are plenty of heroes out there. And heroes are good to have around as role models, but they can be kind of boring too. So I think we like to read about people who are a little bit worse than us in some ways and who get into a little bit more trouble. Because they serve as like a stand-in – we want to see what it’s like to live like that, and it’s good to have these characters around who get into trouble and learn their lesson and then carry on.

GD: Who are your cartooning and writing influences that appeal to you or inform your work?

JK: Yes, I’m like any artist or writer who likes to think that their imagination was sprung from whole cloth, but of course we have influencers who directly influence us and then the ones that did it indirectly. I think that Judy Blume is probably my biggest influence because she wrote fictional, realistic stories that were also humorous, and that have stood the test of time. And I think that the characters in her books weren’t…they didn’t have magical powers or they weren’t really special in any way, they were ordinary people. And I think that’s the reason that kids are still reading those books today.

And then, I think Charles Schulz (who wrote Peanuts), he influenced every cartoonist who came after him in some way, I think. So I think I’m using tools that Charles Schulz created long ago.

GD: Switching gears to focus more on the tour, this is the second year that you’ve done a themed tour. Last year’s Meltdown tour was the first time you’d done a style like this where the tour is more interactive rather than just book signings?

JK: Yeah, we’re doing a whole show, it’s really elaborate. It’s totally randomly generated, so I never know what’s going to happen when I get on stage. Things get kind of crazy. And it works really well with the construction theme, the idea that you don’t know what’s going to happen. But it’s fun! We have a big wheel that looks like a table saw, and we spin that and wherever it lands, that’s what we do. We’ve got some fun activities like dumpster diving, and a construction worker dance-off, and kids can draw with me. We have trivia challenges and lots of other things as well.

GD: What do you hope fans get out of the show?

JK: I hope they are entertained. I think that with authors, you tend to get into the same pattern, which is to tell the story about how you became an author to begin with. And that’s good for the first two or three years, but then you start to die a little bit inside because you can’t change your origin story. So then you need to try to dress it up in some other way or repackage it, and that becomes a challenge as well. So I decided to just, you know, totally change the format. And it’s been going really well so far.

JK: Yes, we’ve added some more wild moments, like we have a running gag where someone’s car is in the parking lot and eventually gets destroyed by a wrecking ball. We show it on the security camera. And then we have a port-a-john on stage, and somebody wanders on stage and goes into the port-a-john. So, fun stuff.

GK: The tour is visiting several cities in the Midwest, but I understand you’ll be taking the tour international. Have those dates been announced?

JK: Those dates, I don’t know that they’re out in the world yet. But we’re heading to Italy, Germany, France, Greece, Bulgaria, Spain, and Portugal.

GK: Wow! Do you have to tailor the show differently for an international audience, or will it be pretty much the same?

JK: Just a little bit. You know, we don’t have as much staging as we do in the United States. But we have, we’re able to bring a lot of the elements over there. So it’s mostly the same.

JK: Well, I’ve been hundreds of bookstores around the world and I’ve tried to take the best of each of them and put them into my bookstore. Walking into the doors, I want you to feel like this is how a bookshop should be. I want to create a feeling of magic and a feeling of discovery. Also, we have something kind of unique in the store: on the third floor is the Wimpy Kid studio. We give tours and we let people poke around the studio, sit at my desk, and all that. It really is a unique place.

GD: If you don’t mind now, my daughter (GeekYoungLady) just had a couple of quick questions for you to wrap up.

GeekYoungLady: This is the fourteenth book in the series. Do you have any favorites? Or were any of the books more memorable?

JK: Yeah! I like this one very much right now. I think it’s probably my best-written book. I’ve gotten better at writing because I’ve been working in film for a few years. But I think the first book will always be my favorite, because it was special – it was the first one.

GYL: One last question: do you think you’re going to continue writing more books for the Wimpy Kid series in the future?

JK: Yes, I definitely do want to do that. I think it’s a lot of fun to live this life year after year. I get to do so many unique things. And I’ll be really sad when this ride ends. So, I’m going to hold on as long as I can!

For more information on the new Diary of a Wimpy Kid book, visit WimpyKid.com. 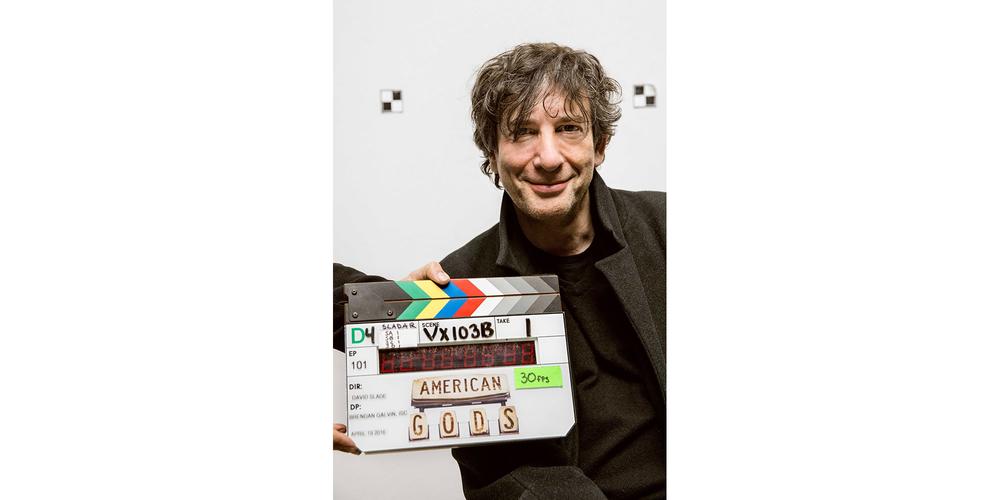