Ray: Josh Williamson’s epic Flash story is entering the last act before it heads for #100, and it’s speeding up (pun intended) with every single issue, including The Flash #80.

When we last left off, we saw one of the four primary Speed Force users die as Psych’s attempt to betray he fellow Force users led to his death at the hands of the Black Flash. Barry tried to protect the other users, sending Fuerza off into the Speed Force, but before he could protect Steadfast, the Still Force user was captured by a crazed Hunter Zolomon.

Flash #80 delves deeper into Hunter’s past than any run since Johns introduced the character, and the choice of Scott Kolins as artist – same as he was when Hunter was introduced – is a very smart idea. Hunter’s always been one of the most compelling Flash villains, a Reverse Flash driven by tragedy to become a time-obsessed maniac. He’s more sympathetic than Thawne, but may be even more dangerous because he’s a true believer who will kill anyone in his way.

We last saw him in Flash War, but now he’s joined the hunt for the Forces and his plan is to force Steadfast to surrender the Speed Force to him. Brutal flashbacks to Hunter’s time as a policeman and the tragedy that killed his mentor and ruined his career continue to bring pre-Flashpoint events back into continuity.

The highlight for me this issue was the interaction with Barry and Iris, as they get their detective team back together and Iris gets to show off her investigative skills. Wally and Avery tracking the Rogues – now getting ready to make their big move against the city – was entertaining too.

The ending reveals a massive wrinkle about the Forces and what Hunter is actually seeking, as well as his bizarre real plan. Barry’s fateful decision in the last page throws the entire series for a loop and sets up what’s likely to be an epic next arc, putting some of the Flash legacy heroes in the front seat for the biggest story of Williamson’s run. 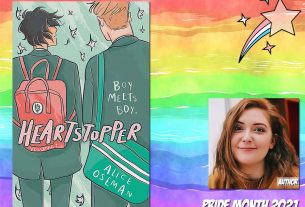 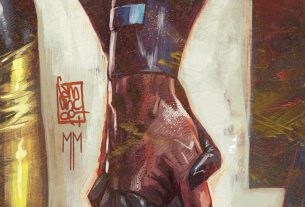