Corrina: So Much For Helping Wally

Ray: Flash Forward #1, the first issue of a spin-off from Heroes in Crisis is an odd duck – it’s essentially two comics in one, and neither is particularly bad – although there are some glaring logical issues in one – but they go together like oil and water. Equal parts multiversal action-adventure and dark night of the soul, it kicks off with a segment involving Tempus Fuginaut, the massive guardian of the timestream from the recent Jordan/Didio comic Sideways. The cosmic watchdog’s realm has been taken over by toxic energy from the Dark Multiverse, which manifests as something between tar and alien symbiote goo, so he’s looking for a hero to battle this invasion back – and he has an unusual choice, because this isn’t just a cosmic book. It’s a Wally West title, as we catch up with the disgraced Flash for the first time since he committed the massacre at Sanctuary. When we last saw him he was in a private cell in Justice League headquarters, but since then his situation has gotten worse – he’s stuck, sans powers, in Blackgate Prison.

There’s a LOT of problems with this. Why have the heroes simply abandoned him – supposedly temporarily – among hundreds of their deadliest villains? Why is Blackgate now a high-tech supervillain penitentiary instead of the standard Gotham jail for non-supervillain criminals it’s usually portrayed as? I suppose Flash villains like Murmur, Tarpit, and Girder are here because Iron Heights was destroyed, and their presence makes Wally a massive target. I will say Lobdell’s writing is at its best when dealing with damaged, guilt-ridden people – his Jason Todd is usually good, and his Wally has the right mix of self-hatred and heroic instinct. The scene where Linda visits him and he pushes her away does have some real emotion to it. Before long, though, he’s spirited away to join a multiversal quest – whether he wants to or not – and is slingshot into one of the most iconic worlds of the Multiverse. Brett Booth’s art is well-suited for a cosmic tale, but the two sides of this story still feel discordant and I’m not sure it’ll come together into a coherent story.

Corrina: This whole saga with Wally “losing control” and accidentally killing a bunch of other heroes makes little sense. But Flash Forward #1 also makes the entire pantheon of DC heroes look awful. Wally literally cannot sleep. He says this in narration. And no one sees this as a problem for a person who needs help with his trauma? Sleep deprivation is what’s done for torture. No one seems to care it’s happening to Wally. Or care enough to visit him in prison. Or care enough that he’s been placed in a prison where he’s a constant target?

How is Barry Allen okay with this? How are any of the heroes who vowed to help Wally okay with this? You can hand-wave some of this and say “people are visiting but we don’t see it,” but that would contradict Wally’s excitement when he hears someone is here to visit him. Because apparently no one has. Because….you can either decide all DC heroes are total jerks or decide this is yet another badly thought out part of this Wally Saga.

I guess the cosmic redemption story is okay, such as it is. But I suspect this series will only matter if it somehow ends with Wally completely reversing the events of Heroes in Crisis and undoing all the deaths. 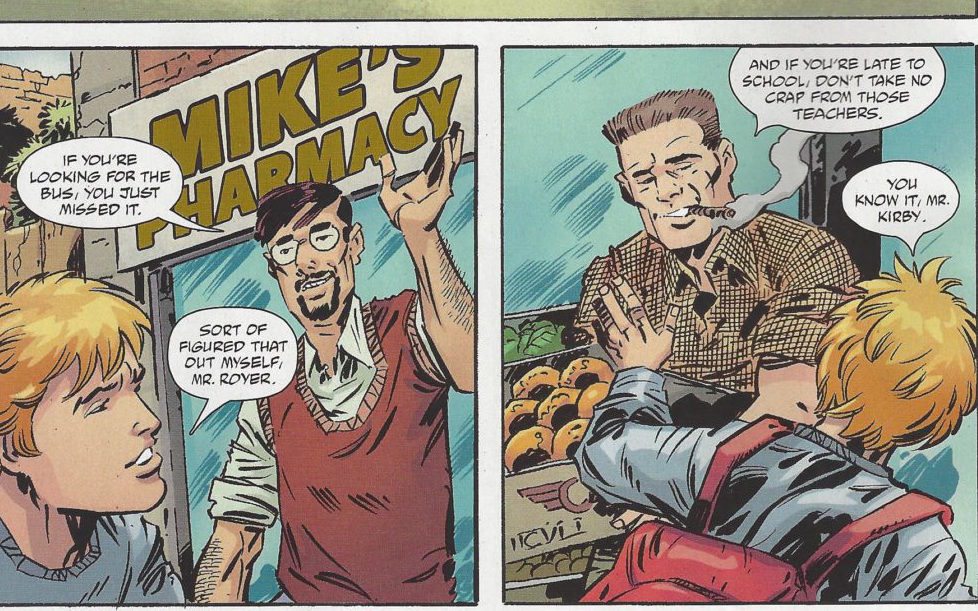