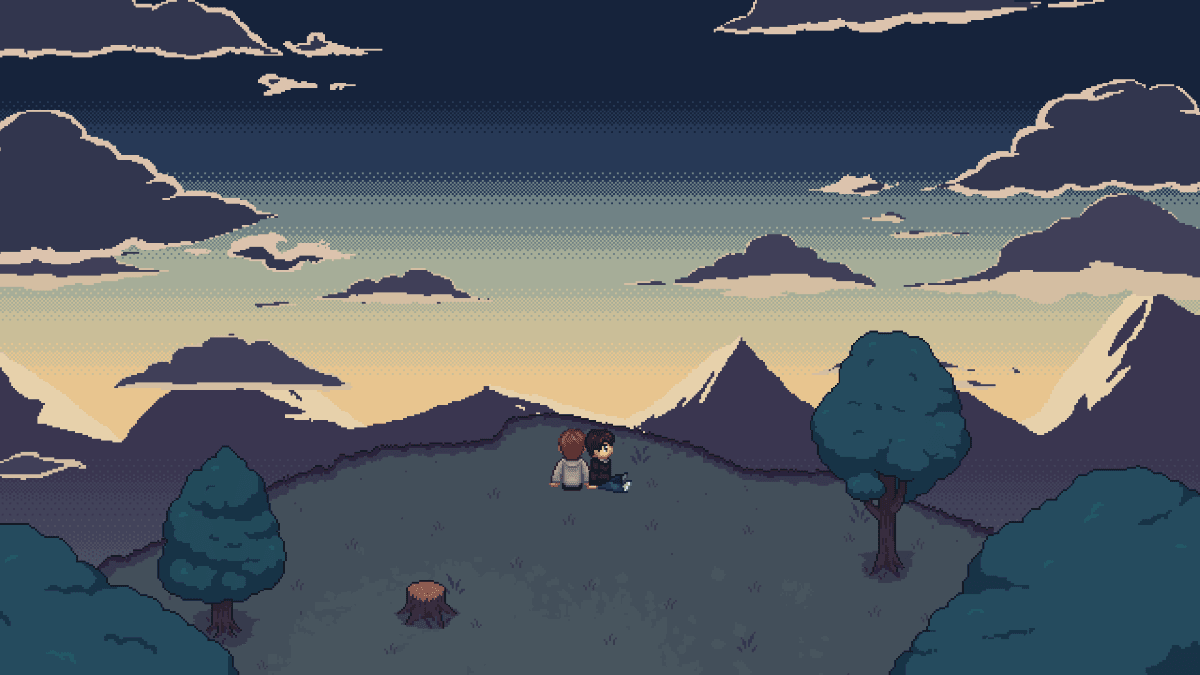 Note: while I’ve attempted to avoid any spoilers, if you want to go in fresh, I highly recommend you play the game first, and then come back to the review.

That was the thought I had as I completed Newfound Courage. I purchased the game on a whim—it was on a list of games with gay protagonists, the pixel art was pretty, and the tagline was rather direct: “Alex, a gay hero, falls in love with his best friend while the world unravels around them.” The description said it was short (about 3 hours), so I figured, “Why not?”

I’ve very glad I did, because while it’s not long, Newfound Courage is absolutely worth your time.

It’s rather tricky to review the game, because the things that I loved most about the game are all significant spoilers. You play as Alex, who has just fled his old town, and is taken in by a woman of another town who just lost her own son. You meet the people of Silverpine, make friends, and slowly start to realize something might not be as it seems. The “vault,” the building that looks like a library, seems to have something odd going on around it.

While the game has some puzzle elements at times, it plays more like an adventure game/visual novel than anything else. There’s no button mashing, no complex inputs—the only thing you’ll need is audio, both because the music is beautiful and because some puzzles rely on audio cues that help you solve them.

I do want to call special attention to the music; one of the challenges of composing for games (as opposed to television or cinema) is that you need to be able to ensure the music is appropriate for what the player is doing, and this game did this well. Transitions were handled gracefully, while the score—haunting at times, upbeat at others—paired remarkably well with the story.

That said, the story is why you should get this game. While I expected a game with a queer protagonist (it’s why I picked it up in the first place), I wasn’t ready for Alex to be so incredibly real. The first few minutes of the game, where Alex is chased out of his old town because he was gay and his best friend struck him, made me worried this was going to be overdone queer tragedy. Fortunately, the game is anything but, and in retrospect, the five-minute opening is less “weak” and more “worrisome if you don’t know what you’re in for.” Alexander’s story, while not sunshine and rainbows, was beautiful, and it evoked emotional reactions from me while playing. I laughed, I smiled, and got quite close to crying on several occasions.

While Alex’s story is excellent on its own, all the people of Silverpine are well written. All the residents have their own problems and their own stories, and almost all of them are incredibly well fleshed out. While the game isn’t long and doesn’t have a huge cast (maybe 10 characters), those that are there are skillfully developed, and the low fantasy world kept me constantly wanting to learn more.

One thing I loved was how Newfound Courage effectively subverted player expectations. We’re often conditioned as gamers that, if we do everything right, do all the side quests, we’ll get the item, the snippet of interesting backstory, the prize. Newfound Courage plays with that concept, and at times reminds us that just because you want something doesn’t mean you get it.

That said, I do wish I do wish we got a bit more information about some of the characters (and their backstories) by the time the credits rolled. To be clear, I understand why we didn’t—much of the game is you fumbling about this town without a deep understanding of the people (whom you’ve recently met) and the lore and magic of the town (where you just arrived). It makes sense that, as Alex, you can’t fill in every gap, learn every mystery about every person. This was a clear (and very good) narrative decision, but, again, as someone who is used to games tying up everything in a neat little bow if I do every side quest, it was a surprise.

But, not knowing everything is acceptable and fitting here. The story is beautiful, the music is solid, the art is nice, and it’s only a few hours. It’s an excellent example of good interactive fiction, and LGBT representation, and a game I’ll remember for a while. Buy it. 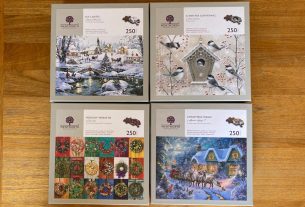 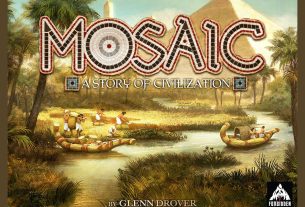 Reaping the Rewards: A Second Chance at ‘Mosaic: A Story of Civilization’