If you asked me why I started watching DreamWorks’ She-Ra, my answer would be a dull: “I watched it because I was covering a She-Ra panel at Emerald City Comic Con.” And while season one was passable, the first season’s lack of focus and its predictability made it a slog for me. The second season was better by leaps and bounds, and it was certainly good, but I probably wouldn’t call it great.

Season three of She-Ra was great.

The jokes were witty, the storytelling and pacing felt tight, with each episode keeping me engaged and eager to watch the next one, and the character interactions were (mostly) poignant.

Two warnings before we dive in: first, Netflix’s episode descriptions have spoilers in them, so if you want to remain surprised, don’t use the episode view. Second, while this review isn’t spoiler-heavy, it’s not spoiler-free either; if you want to go in fresh, you probably shouldn’t read this before watching.

Season three starts right after season two ended, with Shadow Weaver having escaped to Bright Moon and Catra in hot water for lying about the escape. We quickly learn more about Hordak’s goal to create a portal to summon additional Horde fighters from other worlds, and that Adora came through a portal as a baby—that she’s not from Eternia. To figure out more about where she came from, Adora, aided by Bow and Glimmer, sets off into the Crimson Wastes to follow a message from Mara, the previous She-Ra.

Coincidentally, Hordak decides to punish Catra for her failure by sending her to the Crimson Wastes, a dead zone where nothing survives, to search for First Ones tech. Scorpia tags along (because of course she’s not going to let Wildcat go alone).

While in the Crimson Wastes, or the desert where the anthropomorphic animals are from, the best friends squad encounters Huntara, played by Geena Davis. Though Glimmer and Bow have their doubts about befriending her, because, as Bow says, “all the scary people are afraid of Huntara,” Adora pushes ahead and secures Huntara as their guide to the wastes.

Thought the initial setup seems similar to earlier seasons, find First Ones tech, learn more about She-Ra, fight Horde, this season is different, and nowhere is that more apparent than in the writing. While the season does introduce new characters, they don’t overstay their welcome, and instead the writers focus several established ones: Adora, Catra, Scorpia, Entrapta, and Hordak. This works to the series’ benefit—instead of jumping around to establish new people that are rarely seen (as the show did in its first season), the show helps us learn more about its characters, and as result, we become more invested in their story.

I’d like to talk about those last two, Entrapta and Hordak. For me, they stole the show. While we get glimpses of them bonding in season two, their portrayal in this season is perfect, and I don’t say that lightly. We learn that Hordak is a clone of a powerful interplanetary emperor, Hordak Prime, and served as Prime’s general. But when he develops a disease, he is deemed “imperfect,” so he’s sent to die, and ends up on Eternia due to a stray portal. His story about wanting to prove that he can capture the planet, to prove to his original (and his peers) that he’s not broken, resonated with me quite a bit. I felt for him; it was powerful and added a level of complexity (and sympathy) to his character that I was not expecting in a children’s show. Entrapta’s response, where she acknowledges she has problems interacting with people, but she keeps trying, and that imperfections make things interesting, was also skillfully handled, and their friendship was, in my opinion, the highlight of the season.

That evolution of Hordak from shadowy baddy to actual character with hopes and motivations was emblematic of this season. Characters changed, and one thing I noticed was how my wants for the them, as a viewer, evolved with them. For example, at the end of the first season, I thought I wanted to see Catra defecting, joining Adora, and taking her Horde friends with her to the side of good. After the second, I thought a good ending for Catra would be learning she does have friends and people that care for her, and finding a place in the Horde with Scorpia, even if Shadow Weaver and Hordak never acknowledged her. Now, as she fumbles down the slippery slope toward the Moral Event Horizon (which, in my mind, she’s crossed by the end of this season), redemption seems unrealistic, and, to be honest, I feel like Scorpia deserves better than someone who’s only returns her affection when it suits them (especially after this season). But the fact that “what I think is a good ending” is constantly evolving is noteworthy.

That statement is applicable for most of the non-leading characters. At the start of the show, I didn’t expect Shadow Weaver to be the interesting, complex character that she is, and she’s now one of my favorites. I didn’t expect Mara to be more than She-Ra gone bad. Stevenson has made the secondary characters interesting, and I want to learn more about them.

If I can levy a critique here, the fact that all the secondary characters are so interesting is sometimes in stark contrast to the heroes, who can almost seem boring in comparison. While Adora improves this season from generic hero, in the same way Bow improved in the last, I’d still rather watch an episode about Catra or Hordak or Tong Lashor or just about any secondary character to one about the best friends squad.

Speaking of, I want to bring up Glimmer and a fight she has with her mom, Angella, mid-season. The fight was low point for me because it didn’t feel developed. While the emotional interaction between Catra and Shadow Weaver in the same episode was pitch-perfect, and built on Catra’s abandonment issues that they’ve been developing all series, the fight between Glimmer and her mom felt as though it was added because they wanted a fight before [BIG THING THAT HAPPENS], rather than being driven by the story. Glimmer and her mother have been getting along after their original friction in S1. The return to the “you don’t trust me/you’re not ready” fight felt like an odd, unexpected regression, especially considering how well-done the other interactions were between characters.

Also, the big thing that I’m referring to? It was done well.

But, that one fumble aside, it’s in these interpersonal interactions that She-Ra’s third season shines. Catra’s relationships with Scorpia and Shadow Weaver, Entrapta and Hordak, Adora and Mara, they all drive the story. And while I still have concerns about the show continuing to dance around queer subtext, I am, without a doubt, entertained. 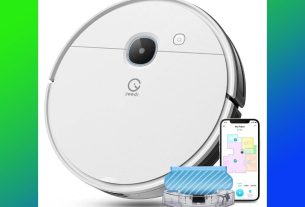 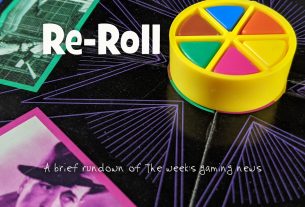 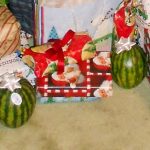