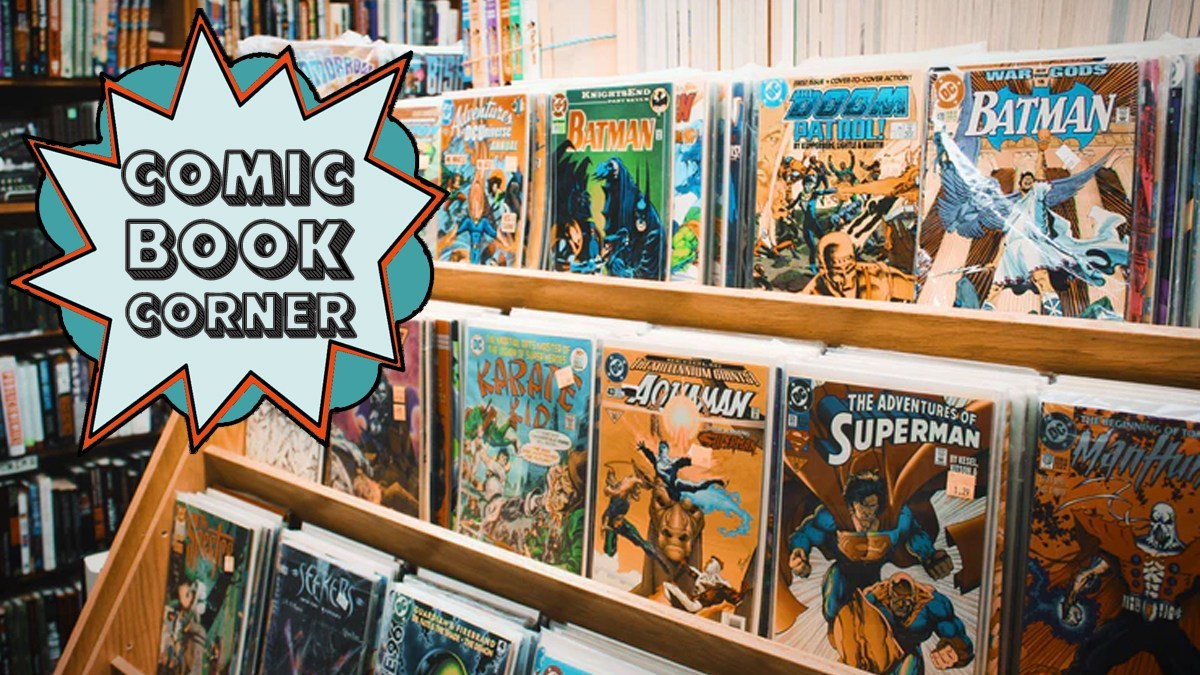 This week Comic Book Corner has a stack of high-action comic titles, new and ongoing. Violence is the order of the day as ongoing series Xena and Samuari Jack: Lost Worlds line up next to the newest offerings from Valiant, Dark Horse and Image.

Killers #1 offers readers an introduction to other members of the program that created fan-favorite Ninja K. Dark Horse adds StarCraft: Survivors to its stable of game franchise comics. Coffin Bound #1, released today by Image, takes readers on a fantastic journey through a high-action dystopian wasteland that looks like the Borderlands game mated with a Tarantino film.

In Xena Warrior Princess #3, Dischord’s foolish arrogance caused yet more headache for Xena and Gabby. The trio found themselves transported from one strange land to yet another. Stranded in the snow, millions of miles from the warmth of Greece, Gabrielle falls dangerously ill. A worried Xena carries her beloved through the snow until Dischord meets an ancient woman willing to shelter them. As they rest, the old crone mixes a remedy for Gabrielle but Dischord and Xena sense there is something more to this aging soul. When an attack by local villagers reveals the truth, our ladies determine that they must take action. In the end, we learn the line between witch and god depends entirely on belief.

Vita Ayla continues to bring us a beautiful tale of friendship and love wrapped in the high-action fantasy that made fans fall in love with the original Xena TV Series. Eric D’urso takes over the art on this one and while Xena looks slightly more anime than Lucy Lawless, the character designs are gorgeous and retain all the hallmarks of this fan favorite trio. Colorist Rebecca Nalty does wonders with the frigid snowscape using the blues and grays to contrast the warmth of the ancient woman’s cottage.

Conclusion: Vita Ayala continues expanding on this beloved series while remaining true to the source. I highly recommend this comic for all Xena fans.

I think part of what made me enjoy this issue less was the lack of a clear cut good or evil. Samurai Jack has always been a high-action tale of one man’s heroic fight against evil. Jack is not a man who entertains gray. This series began with Jack rediscovering the good in himself.

In Samurai Jack Lost Worlds #3, Jack is making his way through a forest and becomes ensnared in a bear trap. He is then set upon by heavily armed bears who knock him out and throw him in a paddy wagon with other prisoners. One of whom is annoyingly chatty. Jack manages to free himself and the others, only to discover the bears apologizing for his detention. They request he sign some paperwork relieving them of liability and explain they are hunting down those who have escaped death.

At this point, Jack offers to help with the hunt. This is where I went “What?” There’s no evidence or even explanation that the others deserved whatever death they escaped, so why was Jack offering to assist his former assailants? If he was a case of mistaken detention, could others not be? Maybe I am thinking too deeply into this.

I still feel Paul Allor did build this story with a good pace, and it remains mostly in the style of the animated series stories. Adam Bryce Thomas continues to deliver gorgeous looking art that is incredibly on point with the original source artwork.

Conclusion: Although not my favorite issue of the series, this is still a pretty good book for hardcore fans of the series.

An Ocean Of Blood

Valiant has been doing some intensive world-building recently with a lot of their IP and it’s been nothing short of impressive. There are very few Valiant readers who don’t recognize NINJA-K, aka Colin King. This brash but fearless instrument of lethality has saved the world repeatedly from madmen and terror. We know he’s a part of The Ninja Programme, a controlling and cruel government-sponsored assassin creation program run by MI-6.

Most of the members of the program are believed to be dead. Ninjas E through J, however, remain at large and impossible to track. Until now… an unknown enemy is hunting down members of The Ninja Programme and it will take their combined efforts to track these mysterious assailants. There’s a problem though. Trained assassins aren’t exactly big on teamwork and trust. To complicate matters, Jonin, former sensei to many of these killers, has sent his daughter to contact each of them with a request. His request carries a reward for the one who achieves it.

Moore crafts an intricate high-action tale of five deadly assassins each with the ability to channel their ki (spiritual energy) in ways that grant them incredible powers drawn into a deadly game of cat and mouse. This hyperkinetic first issue introduces us to Ninja-G, and Ninja-J with exceptional artwork by Fernando Dagnino.

Conclusion: Fans of Ninja-K will love this high-action limited series starring former members of MI-6’s Ninja Programme. Not recommended for those with an aversion to violence.

For Survivors of StarCraft

Starcraft: Survivors #1 opens a new high-action story set in the same universe as the StarCraft video game. Terran engineer, Caleb, is being forced to spy on his own people by a Dark Templar who needs him to search for a mysterious source of power.  Caleb, the sole survivor of a shipwide massacre, escaped death only because The Dark Templar has a use for him. He finds himself posing as a common worker in a munitions factory run by the Umojan Protectorate. Caleb is initially stand-offish but the natural warmth of both Frank and his daughter soon has Caleb questioning his purpose. Caught between the demands of his Dark Templar master and his desire to protect his new-found friends in the base, Caleb’s world begins to spin out of his control.

Writer Jody Houser sets the stage for what looks to be a thrilling high-action spy adventure. Houser deftly recreates the gritty feel of the StarCraft universe yet maintains the human element that keeps readers rooting for Caleb and his friends.  Guzmán’s art style fits the tone of the story with dark tones and heavy shadows. Much of the art is reminiscent of the Alien comics also produced by Dark Horse.

Conclusion: For fans of the StarCraft franchise, this is a must grab.  For those without familiarity with StarCraft Lore, it’s still a worthy read but there may be a bit of a challenge trying to understand the characters’ background and motivations.

Coffin Bound #1 is the kind of story that revels in its own unique brand of bizarre. Izzy Tyburn wakes to find a vulture watching her. Not your run of the milled, feathered, noise-making, carrion eater… more like a vulture skeleton in a cage attached to a worn duster and a pair of makeshift legs. Also, it talks. Things only get weirder from here.

Izzy notes that vultures only circle the dead or the dying, which earns her the warning that she is being hunted by an inescapable death. That death is not at the hands of the trio of meatheads that show up and try to off her claiming they are “sparing” her from her eventual demise. While these guys are real charmers, and I can see why she set them ablaze after killing them. It seems the creature hunting her is known as Eartheater. Yes, he’s precisely as he sounds.

She takes the news with an amazing amount of calm and then embarks on a road trip, taking the vulture with her. Sure, Why not? She’s decided to re-treading every step of her life, and leaving nothing but burned rubber, ash, and if necessary the sun-scorched bones of anyone who gets in her way. Ride shotgun with a woman who’s not on the run from death but rather tidying up before he gets here.

Travel this dystopian desert wasteland with a woman who can repair her aging car on the fly, and meet characters like Paulie Starlight, a morbidly insane poet with chivalrous intent, on this Tarantino-Esque Acid fueled voyage. Sure, the characters are rabidly insane but then “all the best people are.”

Conclusion: I can only recommend this comic to people who enjoy Tarantino movies, dystopian worlds, and weirdness for the sake of weird. This story is a bewildering, yet engaging mess and I, for one, am down to see where it goes.

Click through to read all of “High-Action CBC includes ‘Killers #1’, and ‘Coffin Bound #1’” at GeekMom.If you value content from GeekMom, please support us via Patreon or use this link to shop at Amazon. Thanks!

Dude, Listen To Your Buds 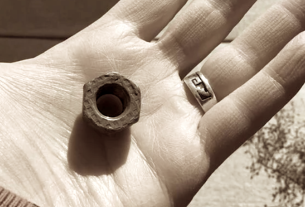 GeekMom: Hex Nut Musings: A Look at the Beauty of Simple Design