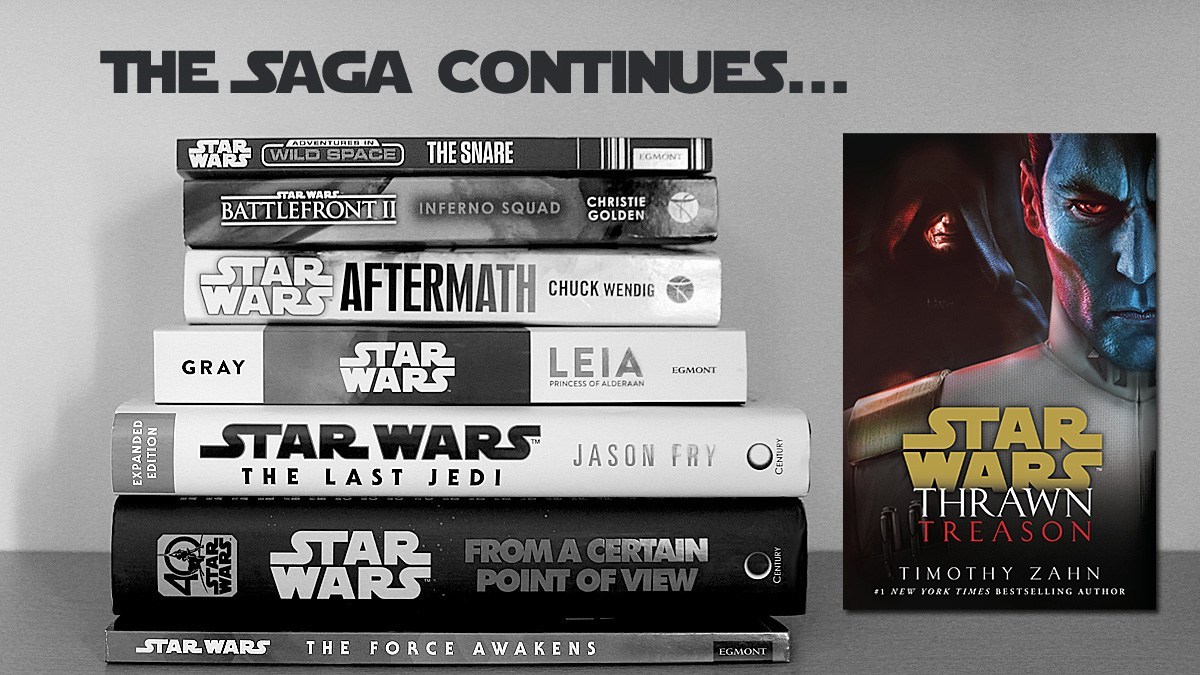 Thrawn: Treason by Timothy Zahn is the third Thrawn book of the Star Wars new canon and follows on immediately after the events of Thrawn: Alliances.

There’s a lot to enjoy here and fans of the previous two books from the series will no doubt love Treason just as much, but the book suffers from some of the same problems as its predecessors. Please note: This post contains affiliate links.

Zahn’s third Thrawn book of the new canon sees the Grand Admiral facing off against new enemies alongside some others that readers of the previous two books will remember. The plot kicks off when it is revealed that supply lines to Director Krennic’s precious Stardust project are being compromised by an infestation of grallocs – a species of especially large mynocks – which are preying on the freighters and causing them to be lost in hyperspace.

All attempts to solve the problem have so far failed, and Stardust is falling increasingly behind schedule and over budget as a result. Thrawn is maneuvered into betting the funds for his TIE Defender project on his ability to solve the problem within one week, a bet he accepts to the concealed sniggers of the more politically-savvy Grand Admirals and Moffs. Krennic himself sends his right-hand man Ronan to keep tabs on Thrawn with instructions to delay Thrawn’s solution so it takes longer than one week, thus diverting the TIE Defender funds to Stardust. Naturally, Thrawn soon discovers there’s a lot more going on here than a little galactic pest control can solve.

Meanwhile, Eli Vanto (who readers will remember from the first Thrawn novel) is now serving aboard a Chiss Ascendency ship under Admiral Ar’alani who is working a mission to track Grysk movements into Imperial space. Soon, the Chiss Defence Fleet and Thrawn’s Imperials are forced together to defeat enemies on all sides, and from within the Empire and without.

All the while, loyalties are tested and the line between treason and loyalty is dangerously toed. Those curious about where the treason promised in the title comes from will almost certainly be surprised and will quickly discover that such things are not always as black and white as you may think.

I enjoyed Thrawn: Treason a lot, although it didn’t grab me as much as the previous Zahn novel, Alliances. However, Thrawn fans will no doubt love Treason even more for the opposite reason, because the book is much more Thrawn-centric than Alliances which jumped between many different timelines and perspectives, many of which didn’t involve Thrawn much if at all.

In comparison, Treason‘s storytelling sticks primarily with Thrawn himself, often viewed through the eyes of his second-in-command and protegee Commadore Faro. While Eli Vanto has his own plotline which often runs separately, if parallel, to Thrawn’s, this is minimalized to allow the book’s lead character to really shine through. I was particularly pleased to see some really strong growth among the minor characters here, something Alliances didn’t have the pages to spare for, as well as a deeper understanding of Thrawn himself.

Another thing I loved in Thrawn: Treason was the introduction of Admiral Ar’alani and more members of the Chiss Ascendency. I found the explanation of their naming conventions fascinating (I’m curious who else immediately tried to work out their own name in “translation”) as well as the culture built up around their navigators who are revered to such an extent that they have practically become deified.

A conversation between Vanto and Navigator Vah’nya toward the end of the book was a particular highlight for me. The conversations between characters from different parts of the galaxy as they try to learn from one another and understand different cultural conventions made me think wistfully of how ambassadorship and cultural exchanges should work in an ideal world. Indeed, there are some surprisingly tolerant lessons to be learned from characters who, we must not fail to recall, have pledged allegiance to an Empire that has repeatedly proved itself comfortable with committing genocide. Thrawn: Treason has made me rekindle my hope of seeing more Chiss characters onscreen – perhaps one day even in the movies.

Finally, I also enjoyed the way that Thrawn: Treason threaded itself so intricately into the events we know were taking place at the same time. The book sits in the middle of Rebels season four and the events of the season three finale are still casting a dark cloud over Thrawn’s career and reputation. We also see hints of the political in-fighting between Tarkin and Krennic that are shown more clearly in Catalyst and Rogue One. Reading with the benefit of knowing what is to come allows us to starkly see the posturing and one-up-manship for what it is.

My biggest problem with Thrawn: Treason is the same one I’ve had with the rest of the series so far. Thrawn’s ability to analyze his enemies, particularly through their art, is his biggest character hook and the books all draw on this with many opportunities for Thrawn to show off his skills in a manner similar to a Sherlock Holmes or C. Auguste Dupin style reveal.

However, there are times when his abilities become so outlandish that they begin to impact my ability to suspend my disbelief. For me, the final battle sequence in Thrawn: Treason was a prime example of this tendency, as I found myself struggling to accept what was presented. The character of Ronan and his side trip to Aloxor with Vanto was a sequence that didn’t grab me much, although I do hope to see more of Dayja in the future.

Thrawn: Treason is unlikely to win over anyone who didn’t enjoy the first two books in this series, but will almost certainly be another hit with those who did. For those new to the Star Wars books, you do not need to have read the previous two Thrawn titles to be able to pick this one up, although I feel there’s a lot more to be gained from it if you have at least read the first, and some of the nuances of Chiss navigation and the Grysk problem may be lost on those who have skipped over Alliances.

Thrawn: Treason is another excellent addition to the new canon and one I would heartily recommend to fans of the Thrawn character, Star Wars Rebels, and also political and military fiction. While the Thrawn novels are never the easiest Star Wars novels to get through and definitely require more focus than many, Thrawn: Treason will reward you thoroughly for your time. I’m already hoping for more from these characters and – one day – a reveal regarding what happened to Thrawn and Ezra at the end of “Family Reunion – and Farewell”. If that day comes, I would happily entrust Timothy Zahn to write it for us.

Click through to read all of “The Saga Continues: ‘Thrawn: Treason’ by Timothy Zahn” at GeekMom.If you value content from GeekMom, please support us via Patreon or use this link to shop at Amazon. Thanks! 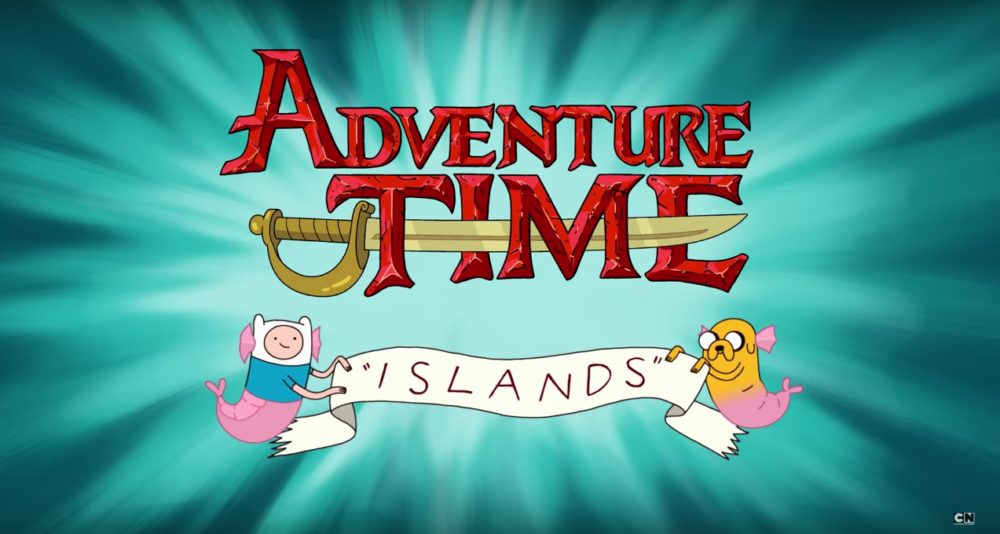 This Week: DC Tackles the Question of Where Robins Come From