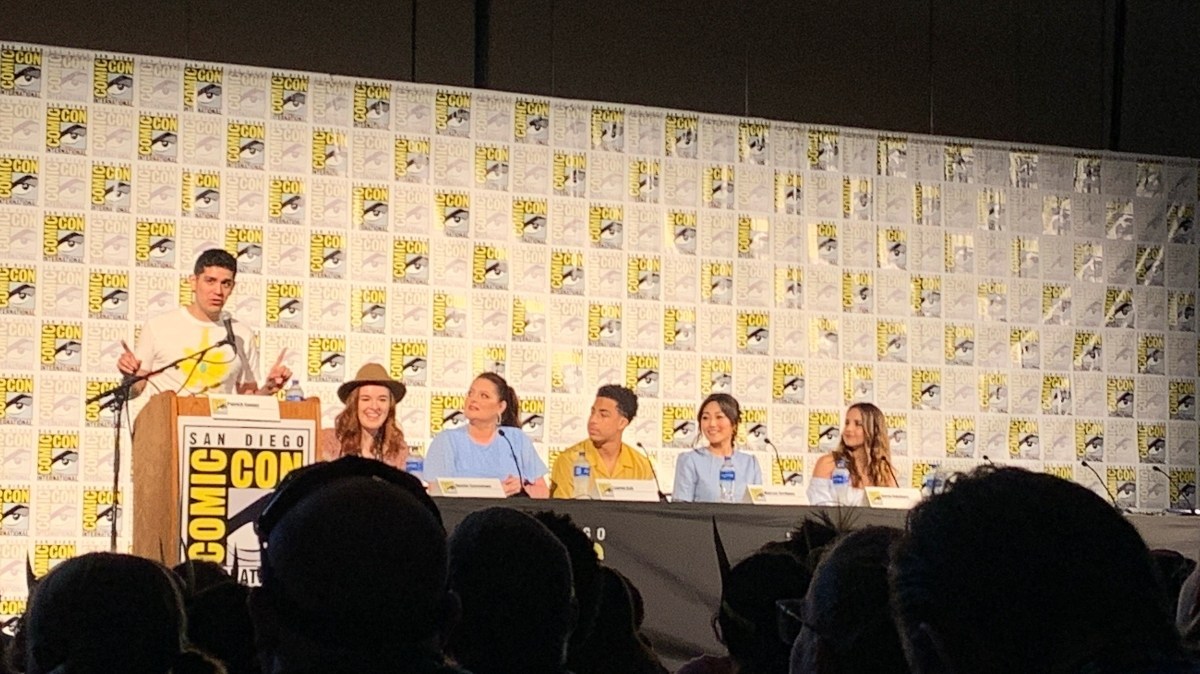 When I was a kid, She-Ra was my heroine of choice. I owned all the She-Ra dolls, the Crystal Castle, and as many different accessories as possible. It is with great personal regret that I admit, while I loved the first season, work and life kept me from watching Season 2. So, going into the SDCC panel, I was woefully behind the eightball. However, if anything was going to make me force my child to sit with me and binge this cartoon, it would be the SDCC She-Ra panel.

What Did We Learn About Season Three?

Producer Noelle Stevenson often took point responding to questions about the future of the show. Season 3 will begin right where we left off, finding both Adora and Catea placed into whole new situations. We pick right up on that and follow their reactions.

Geena Davis will voice Huntara and, based on the clip shown, she’ll be amazing. Apparently, Davis visited Dreamworks to give a talk about gender parity and said she’d be on a show.  According to Stevenson, “we had this role that was this desert warrior and it was perfect.”

The season will also explore the friendship between Entrapta and Hordak who feel that they can be themselves with each other, something we haven’t seen from Hordak because he hides in his lab.

And on a final note, Stevenson explained that Season 3 has “so many twists and turns that you’re not expecting. It’s this journey you have to go on.” Voice actress Aimee Carrero warned, “Don’t get too comfortable with anything.”

How is Adora going to process the revelation of her past?

Adora will learn more about her past. As soon as she gets comfortable, the news sends her back into existential angst. Carrero responded, that Adora will deal with the news, “not well. She does have the support of her best friend squad so she gets there.”

Based on what we heard, Adora is terrified to know that she chose to leave the Horde but that she doesn’t have a choice because she has a destiny. According to the panel, a lot of Season 3 is about gaining agency.

We do know that someone in the Crimson Waste is sending signals, and it’s Mara sending them. Meanwhile, Adora is grasping to find a purpose and understand what this has to do with Mara. As Stevenson noted, “it’s the only thing she has and the only way she feels she can gain control of her destiny.”

What Did We Learn About Scorpia?

Lauren Ash, Scorpia’s voice actress, explained, “Scorpia is the most loyal being that has ever existed. She loves hard sometimes to her own detriment. It’s something that’s so relatable.” She further continued, “Negative villains prey on vulnerable people. Scorpia doesn’t like that. She’s “bad,” but they [the Horde] took her in and she has an identity with them.” The long story short: Scorpia is possibly more a product of her environment than an inherently bad person.

Surprising no fans ever.

Why were Bow’s Dads Introduced as Side Characters?

Noelle wanted to show that having two dads is “super normal” and that even when they’re supportive they have their own problems. “We discussed the best way to do that. I’m so happy with how that turned out. It was magic from Day One.”

While Bow’s dads are minor characters, from the perspective of a parent, this is the type of normalization that changes kids’ minds. She-Ra’s target demographic, the 10 and under crowd, don’t really think about romantic relationships. The intimate relationships they know are their parents and their friends’ parents. As such, to help normalize queerness for younger kids, this Geekmom of a ten-year-old kiddo feels this kind of representation is the kind of normative relationship that meets kids where they are.

How Does the Panel Feel About the Show’s Music?

Questions taken from Twitter asked about the importance of music to the show. According to Stevenson, “in episode 1-11 there’s this amazing theme and my blood ran cold in like a good way.”  Will we see a musical episode? After the entire panel laughed, one member added, “I think Adora would be the worst singer of them all.” Meanwhile, Lauren Ash explained, “I think for sure there’s no music in The Horde but I feel Scorpia would sing in the shower.”

What’s the Story with Shadow Weaver?

According to Stevenson, “Shadow Weaver is one of my favorite characters to write. She almost writes herself. She always ends up in places we don’t expect her to go.”  Last season, with Shadow Weaver trapped in prison and Catra visiting her every day, led Twitter to ask: Now where does she go?

According to Marcus Scribner who voices Bow, “Shadow Weaver is very conniving. I do not trust her – personally. This isn’t Bow’s perspective. But he agrees with me.” The panel appears to agree, while Shadow Weaver makes every scene crackle with tension, Carrera explained cryptically, “Adora thinks she’s ready, maybe she’s not ready. She maybe needs a little therapy.”

What goes into writing Light Hope?

Noelle Stevenson explained, “I really love her as a character. She’s a program – basically a ghost of this dead civilization so she doesn’t understand why Adora would be upset to hear ‘This is your function – why wouldn’t you do it?’”

In short, Light Hope and Adora represent two sides of the same coin. Both come from the same dead civilization, but while Light Hope embraces destiny, Adora seeks agency.

What Does This All Mean?

We don’t know yet. However, since I have some preview links to Season 3 under embargo, there’s a good chance I’ll be able to give a heads up about what to expect.

Click through to read all of “SDCC 2019: ‘She-Ra and the Princesses of Power’ Panel” at GeekMom.If you value content from GeekMom, please support us via Patreon or use this link to shop at Amazon. Thanks!

Learn How to Rule the World With Vordak: The Incomprehensible! 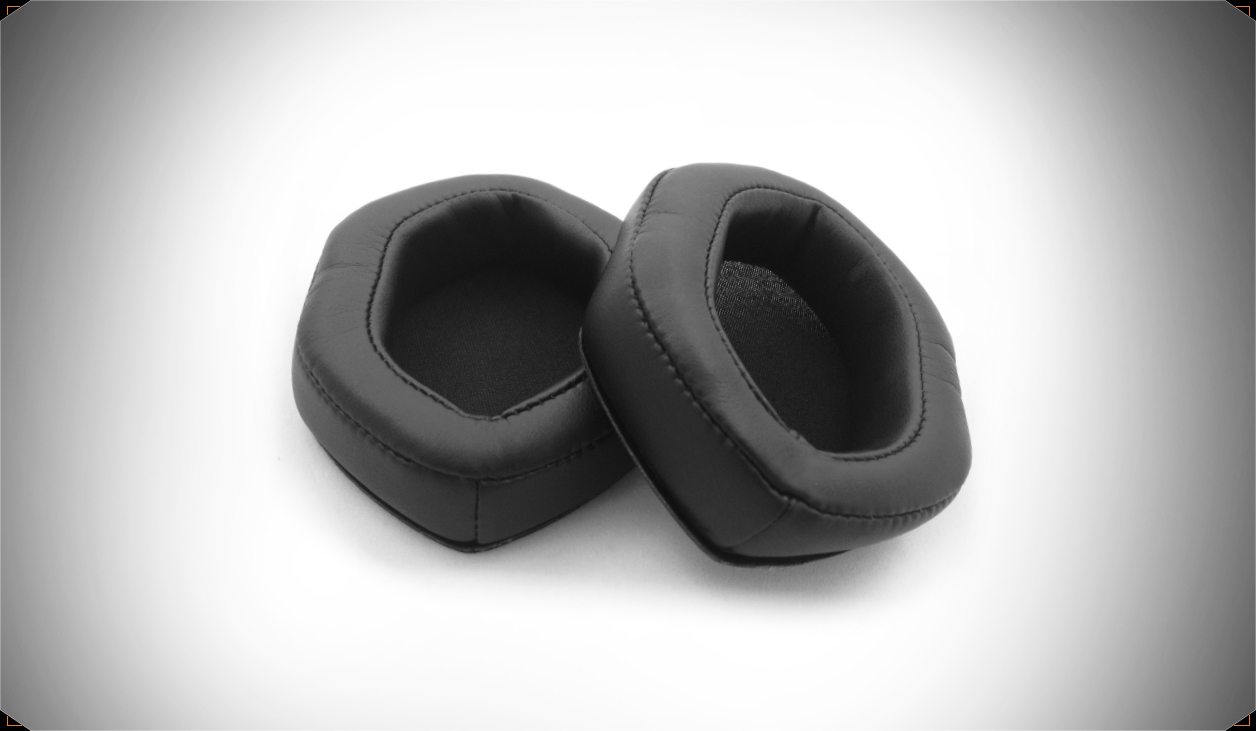 Crisis Brings Out The Best In Us