Some people think cartoons are for kids. Never mind that The Simpsons is the longest-running show in prime time television, and that if you’ve watched it continually, you could start as a toddler and now be considered middle aged.

The Shake Ups, on the other hand, have fully embraced their inner cartoon-loving spirits. Although the band formed in 2008, it wasn’t until 2013 that their passion overcame their musical inhibitions. Listen, name one other band that’s recorded four full-length albums devoted to My Little Pony: Friendship Is Magic.

Their latest release, Meddling Kids, shows a lot of love to Hanna-Barbera’s seminal series with “Scooby Doo, Where Are You?” as evidenced by the title track, a cover of the theme song, and “Mystery, Incorporated,” which runs down the characteristics of each of the Scooby Gang. But wait, there’s more, including peppy pop tunes about He-Man and She-Ra (“By the Power of Grayskull” and the more acoustic “For the Honor of Grayskull”). Shaggy even gets a tender ballad about his culinary prowess, “Cosmic Sandwiches”:

You would shake his hand, but he’s too sublime

With butter he can cut like a hot knife

Caught all Pokemon using a landline

He can swim on land so now I must remind you

Of course you know who I mean

The one with stubble, in green

The Shake Ups are not afraid to stir some ridiculous notions into their mix. “Robot Arm” describes what life would be like with mechanical appendages. You may think purple, but no, the song title is “(Laughing in the) Pizza Rain.” And the chorus of “Friendship Burrito” declares, “I’ll never let you go, my little burrito.”

It takes dedication and a straight face to deliver music this deliriously proud of its origins. Meddling Kids is the right sort of festive bombast that Scooby-Doo deserves, as the show celebrates its 50th (!!!) anniversary in 2019. The Gang has outlived Casey Kasem (who provided the original voices for Shaggy and Scooby) and its indelible legacy includes the cliché catch phrase (“And I would have gotten away with it if it weren’t for you…. meddling kids”). To the contrary, the Shake Ups happily get away with it.

MEDDLING KIDS is available on June 7 from The Shake Ups’ website, Apple Music, CDBABY, and Amazon.

Here is the video for the song, “Meddling Kids”: 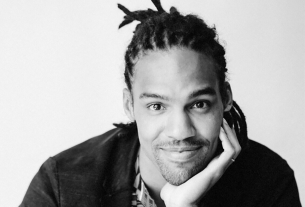