Ray: With Event Leviathan ramping up, the main story in the other Superman title starts to feel like a side story – even as it delivers a massive status quo change to the character’s mythology. We now know that Krypton was seemingly destroyed by a conspiracy of Rogol Zaar and the organization led by Supergirl’s new archnemesis Empress Gandelo.

But after the family has been split for much of this run, they’re all back together for a last run at the villains – Superman, Supergirl, Jon Kent, and even Superman’s mysterious father Jor-El, who may know more than he’s letting on about Krypton’s last days. Zaar is currently in an alliance with Phantom Zone criminals General Zod and Jax-Ur, and the first half of the issue is one big fight segment as Supergirl arrives on the scene – complete with Zaar’s ax – and largely singlehandedly turns the tide of battle. It’s great to see Kara unleashed and getting to pay back what was done to her, but I wish we had a reason to care about Zaar as a villain beyond his informed evil – he’s still largely a blank slate.

The issue gets significantly more interesting once the villains have been sent scattering and the El family is finally reunited inside Jor-El’s spaceship. Bendis, known for his fast-paced dialogue, largely lets this segment speak for themselves and the scene of Superman and his son and cousin embracing while Jor-El stands off to the side speaks volumes. The reunion doesn’t last too long, as they soon realize they need to split up again – Kara and Jon, meeting for the first time since Jon’s abrupt age-up, head off to chase down the Circle, while Clark stays with his father to uncover the truth behind Jor-El’s hidden agenda. The most interesting segment this issue was a hidden conversation between Superman and Zod, as the mad Kryptonian general seems to have a secret agenda and may not be working with Zaar genuinely. In the quieter moments, there’s a lot to like here as the Super-family finds a new normal. But the overarching plotline can’t end soon enough.

Corrina: There are some elements in Superman #12 that work. The reunion of Krypto, Superman, Supergirl, and Jon is lovely and Bendis lets the art team show the emotions, rather than telling us. The space battle also looks gorgeous, particularly in showing perspective between the various ships, and the segment between Zod and Superman is intriguing. They’re not quite frenemies but they know each other well and trust what they know of each other.

But this rewriting of Krypton’s destruction, which now hints that Jor-El was part of a galactic conspiracy/cabal that decided on the fates of worlds, and the hint that Jor-El’s actions led to Krypton’s destruction, is simply not needed, nor is it particularly interesting. The last major revision to the Superman mythos added Brainiac’s awakening to Krypton’s destruction and that change largely works, as it’s still hubris and failure to listen to warnings that dooms Krypton. This Bendis-revision requires a genocidal Jor-El (lest we forget, he caused mass destruction on Earth to show his son that Earthlings weren’t worthy), and a darker, perhaps evil Jor-El even before that, when he resided on Krypton.

I have no idea why DC wants to mess with “Doomed planet, last hope, kindly couple.” It’s fixing something that was never broken.

This issue is meant to be read in tandem with this week’s Supergirl, and I’ll go more into it over in that review, but there are scenes that overlap and repeat, and that makes for a frustrating read.

If this story is getting to the culmination of Bendis’ big addition to the Superman mythos, it’s horribly disappointing. 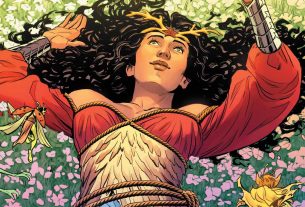