Super Mario Maker, which graced the Wii U in 2015 before making its way to the more ubiquitous 3DS the following year, was that rare game with something for everyone. You could build, play, and share all within the comfy (and understandably expansive) confines of Super Mario Bros. canon—in all its myriad forms. Releasing this week on Nintendo Switch is its long-awaited follow-up, Super Mario Maker 2, and though you’ve seen a number of its tricks before, it somehow manages to be just as fun and fresh as the original.

If It Ain’t Broke

Super Mario Maker 2 knows better than to mess with a winning formula. As such, the overall look and feel of the interface will be instantly familiar to those who played Super Mario Maker.

This makes for an enticing sandbox, with the one lingering drawback being that not all styles support all the various mechanics and course elements. Still, while new arrival Super Mario 3D World likely offers the widest array of platforming mayhem, once again it’s the subtle 8-bit slant of the original Super Mario Bros. that often benefits most from Super Mario Maker 2‘s boundary-breaking approach to design.

As if the design palette of the original Mario Maker wasn’t broad enough, the sequel manages to place even more elements at your disposal. On/Off Switches, Snake Blocks, and Seesaws add frenetic movement to your created levels, while the lava-proof Dry Bones Shell and the swooping Angry Sun provide additional variety in unexpected ways.

The most useful of these new tools and features, however, are likely the simplest. Slopes, now added as easily as the standard horizontal ground cover, provide graceful speed to a sliding Mario, and the new Swinging Claw offers yet another novel manner of conveyance above dangerous terrain.

You can even toggle between Day and Night mode, adding even more variation to your themed courses—and not just in the way of ambiance. Night mode includes elements like reduced gravity in Sky courses, upside-down gameplay in Underground levels, poisoned purple water in the Forest, and slipperier ice in Snow zones.

In keeping with the Nintendo Switch’s focus on shared gaming experiences, you can now share a Joy-Con with a friend and take part in some collaborative course design. This is perfect for family gaming, though, at least in my case, I’ve found that the Minecraft generation seems to have a leg up on us old-timers when it comes to level construction.

This focus on multiplayer also extends to Super Mario Maker 2‘s Course World. This hub for sharing user-generated content is still the destination for truly inspired and devilishly challenging courses—although this time around you will need a Nintendo Online subscription to participate.

You can browse courses by popularity or recent additions, or even by specific tags, and you can provide limited feedback to creators. Course World also supports online multiplayer—both versus and co-op. At launch, you’ll only have the ability to be matched with three other random players, which is a bit of a bummer, but producer Takashi Tezuka has stated that work is being done to bring online play with friends to the title in a future update.

Mr. Tezuka has confirmed that the ability to play online multiplayer with friends is coming to #SuperMarioMaker2 in a future update. Stay tuned for more information to come. https://t.co/oxGuEcJ8Om pic.twitter.com/1AfK1vEGIe

But don’t think for a minute that this multiplayer component is anything but optional. Super Mario Maker 2 excels as a single-player experience, especially in its stellar Story Mode. In it, Mario is tasked with rebuilding Princes Peach’s castle, with the only viable revenue stream being the coins collected for completing courses.

You’ll make your way through more than 100 such courses, earning money and unlocking new Toad workers to rebuild the core castle, its towers, and eventually even its surrounding environment. Since Toad’s no fool, you’ll have to pay your coins upfront for each project, which will then be completed in phases as you continue to clear courses. It’s important to note that multiple Toad construction projects can occur simultaneously, thus maximizing your time and the Toads’ productivity. 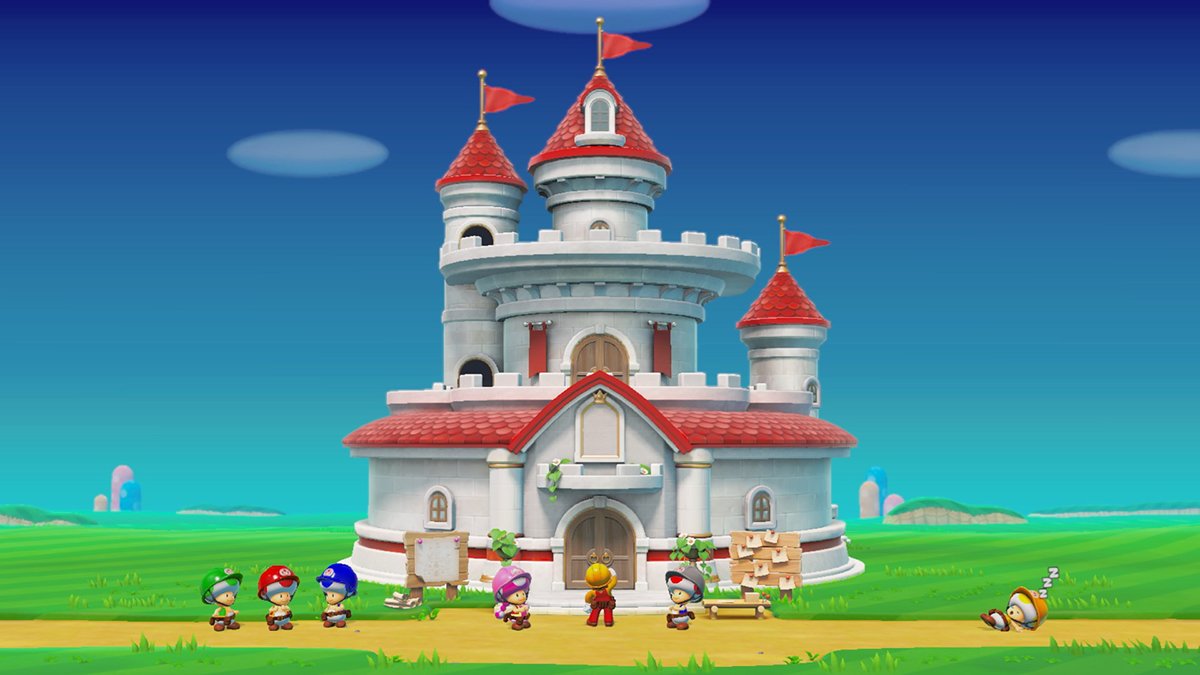 Each course is presented with a mission objective and, very often, a dash of comical backstory, and they really do a fine job demonstrating the vast array of build options available within Super Mario Maker 2. Also, some of them are quite hard, but even this is accounted for within the game.

Fail a course twice, and you’ll get the opportunity for a little assist from your brother Luigi in the form of optional build elements and power-ups to help smooth out those rough parts. If you lose all five of your lives, you can choose to give up, retry, or let Luigi complete the course for you. For some, this may feel like cheating, but to the very young or the downright impatient, it’s a good option to have.

As Mario (and possibly Luigi) completes the castle rebuild, Super Mario Maker 2 offers up even more sparkling dialog and enchanting visuals—not to mention some additional unlockables. These include new costumes used to deck out your displayed Maker Mii in the Course World, and eventually even brand new course items to add to your already bulging toolbox.

Class Is in Session

I’ve already alluded to the fact that I am no master builder. Still, Super Mario Maker 2 anticipates players of all skill levels, and it takes great pains to make sure it’s accessible. The intuitive drag-and-drop interface of the Switch touchscreen definitely lowers the barrier of entry all on its own, but the best asset is the game’s 45 one- to two-minute lessons available in Yamamura’s Dojo.

Hosted by Yamamura the pigeon and fledgling course maker Nina, these will take you through everything from brainstorming ideas and accepting player feedback to some truly illuminating musings on enemy movement and obstacle placement. Consider it a free class in introduction to game theory included with your purchase.

Super Mario Maker 2 isn’t perfect. In all honesty, I feel like the crude stylus and resistive touchscreen of its Wii U precursor somehow felt both more precise and maybe even a little more rewarding as you snapped course elements into place. Further, while you can still change on the fly between Super Mario Bros., Super Mario Bros. 3, Super Mario World, and New Super Mario Bros. U graphical styles—whether it’s to find a visual fidelity that compliments your course design or simply to see how things have changed over decades of Mario development—the new Super Mario 3D World option is a creature all its own. It offers a number of items and mechanics not properly reflected in earlier titles, so if you start off making a 3D World-style course and decide you want to change it, you’ll be forced to start again from square one.

That said, these drawbacks are actually pretty minor when compared to the overall offerings of Super Mario Maker 2. Visually, the game is stunning no matter which of the five skins you prefer. The audio is superb, not just because of all the great classic backing tracks and optional sound effects, but also in how the soundtrack itself changes in real time as you add to and edit your course build.

And build you will. With five styles, 10 themes—20, once you consider the day/night variants—and more items, enemies, and other assets that can even fit in the standard maker toolbar, Super Mario Maker 2 is the Cadillac of sandbox gaming. A new focus on things like clear conditions, specific tasks that must be completed before the goal area becomes active, serves to further push the Mario Maker franchise ahead of its distinguished competition.

The Story Mode is fun and rewarding, and the options afforded through Course World—from the latest and greatest user submissions to the randomly assembled Endless Challenge—are, well… endless. In short Super Mario Maker 2 is everything you’ve ever wanted in a sidescrolling platformer and so much more.

Review materials provided by Nintendo of America. And a word of advice: always trust the Swinging Claw. 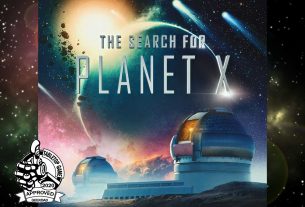 ‘The Search for Planet X’: A Deep-Space Mystery 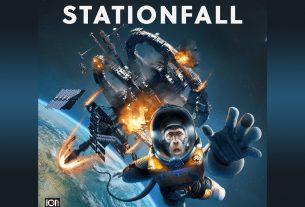