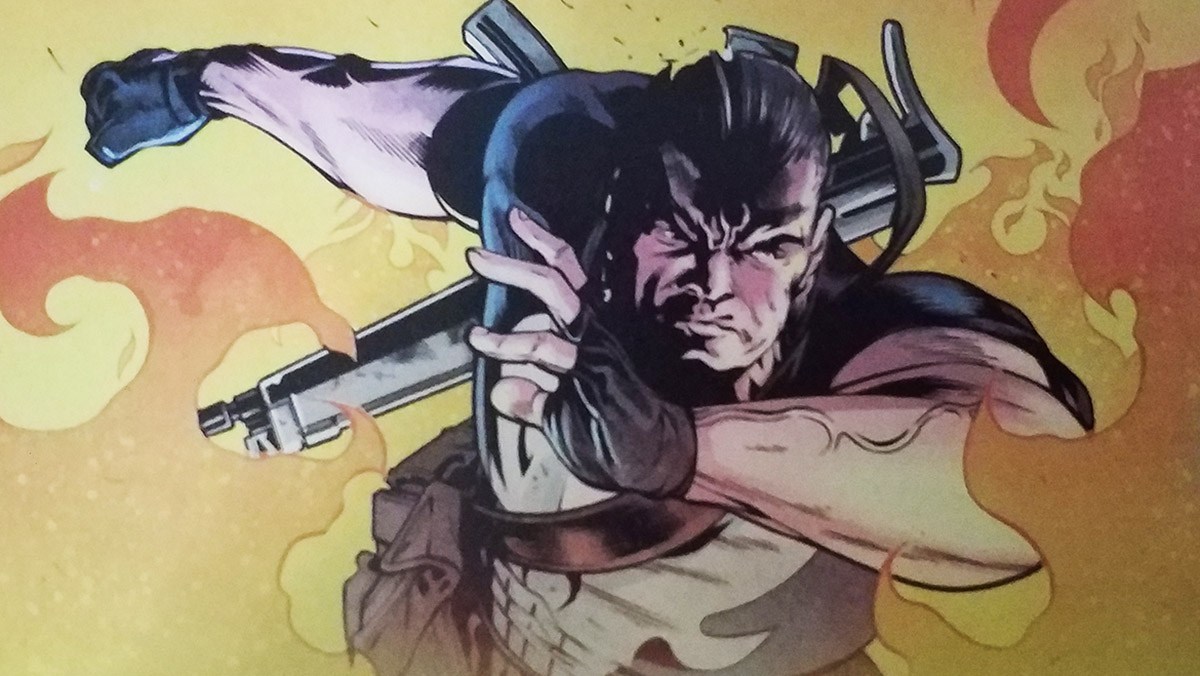 War of the Realms: The Punisher #1

War of the Realms: The Punisher #1 offers Punisher fans a very Frank Castle response to the menagerie of mythic beings invading Manhattan to kick off The War of The Realms. As a tie-in to the War of the Realms story, this series isn’t essential but it’s certainly good. For Punisher fans, it’s worth the money and time to read this stand-alone three issue run. You needn’t read a single issue of any other War of the Realms titles to enjoy this comic book. Duggan serves up a violently fun solo tale of what happens when the forces of Malekith piss off Marvel’s One-Man Army. Frank Castle might be mortal but he’s not about to let a bunch of Dungeons and Dragons rejects run about slaughtering and terrorizing the hard-working citizens of New York.

Spoiler Warning: If you have not read War of the Realms: The Punisher #1 There May Be Spoilers Below

War of the Realms: The Punisher #1 Rating

I had to give this issue multiple ratings because there is far more appeal in this book for fans of the Punisher and his ultra-violent methodology than for your average comic fan perusing the shelf who might pick this issue up. That said, this comic is still a worthy buy for any fan of high action vigilante style books.

The creative team of Ferreira, Poggi, and Rosenberg bring to life a city under siege and all the fear, chaos, and carnage that it entails. Duggan’s writing allows new readers to jump right in an enjoy the story with no pre-requisite reading. Those sensitive to graphic violence such as decapitation and splatter gore might be less thrilled.

War of the Realms: The Punisher #1 Covers

If there’s one thing that all Marvel crossover events offer it’s a wide selection of variant covers. War of the Realms: The Punisher #1 is onboard with some incredible covers by talented artists. I can really say that any single cover stood out as the best. Ferreyra’s cover felt the most fitting to the story and very true to Frank Castle’s personality. Zaffino’s variant cover captured the essence of the old school Punisher. The Connecting Realms cover by Giuseppe Camuncoli & Elia Bonetti was truly gorgeous. It offers an elegant Loki with the perfect pout standing with his Frost Giant father Laufey. This would have been a very fitting cover for Thor #12.  Texeira & Rosenberg crafted a striking cover featuring Ghost Rider, Black Panther, and Punisher in actions against the deep hues of blood red tones. There’s a rich dark feel to this cover that uniquely fits a Punisher title.

Readers can pick this up without reading any of the main series and enjoy this book. The premise is simple. Frank Castle is a tough, violent, surly anti-hero bent on protecting innocent lives by slaughtering bad guys. His home is New York. He’s known as the Punisher. He looks up one day to see Malekith brought his war to the five boroughs. He’s pissed off and isn’t about to sit by while innocent New Yorkers become collateral damage because of some nightmarish Tolkien-esque freaks and their attempted coup.

There is everything you need to know to understand this title. Most of this is made clear in the first few pages through Punisher’s narration. You don’t even need a deep understanding of the Punisher as a character to enjoy this book. I will say though that having an understanding of who the Punisher is and what he is about, makes War of the Realms: The Punisher #1 even more entertaining. Duggan gives us a peek at the softer side of the Punisher – the hero within the anti-hero.

Is the Punisher a Superhero?

Frank Castle’s is a mortal. His power is hate, bullets, and insanity. He’s not Norman Osborn or Doctor Doom level of insane, but the kind of insane that allows him to justify cold-blooded execution of the criminal element without a second thought. Punisher lives in a world of mutants, gods, sorcerers, and everything in between, yet even a large number of them won’t cross him, even though he is just a mortal.

Frank Castle’s mortality and obsessive rage should have burned him years ago. I confess he pushes my suspension of disbelief a bit, but I play Shadowrun. Punisher is a Human, weapons master that specializes in guns. He’s been doing this for years, and his only goal is to make the lives of his fellow New Yorkers less dangerous. Sure his method is ultra-violent, but he cares about innocent lives even if it costs him his own.

The first several pages are pure Punisher. Carnage abounds. Punisher is down in the streets slaughtering rampaging elves and their hellhounds, but in doing so, he manages to piss off a particularly resilient Frost Giant. Unfortunately, a fleeing family gets caught in the crossfire, and right there, there’s a shift. It’s slight, but you can see it in the determined desperation as Punisher leaves the fight, hoping to save the family. Only the father is left alive. The man is injured, so Frank carries him a few blocks to the nearest hospital.

Frank promises to avenge the man’s family. You can bet he will. After all, he’s learned the Giant’s name. Punisher fans will immediately catch the significance. Doctor Baldwin asks if they could go anywhere else. She explains they are evacuating to New Jersey through the Lincoln tunnel. When Frank tells her it’s suicide, her response is to remind him that a low-income hospital means no one cares about the staff or the patients, but they don’t have any options. As she turns her back the Punisher you can see he’s not okay with this.

War of the Realms: The Punisher #1 A Few Bad Men

Punisher comes across a prisoner transport stuck in the war zone, besieged by one of the fire beasties. This where we see that Frank’s wheels have been turning since he left the doctor. Punisher rescues the prisoners from the beastie. You can see the convicts expect Frank to shoot them in their seats. He surprises the criminals and readers alike when he arms the prisoners with melee weapons. With an army behind him, Frank returns to Dr. Baldwin and the hospital evacuees.

Duggan crafts a far more nuanced story than expected. The Punisher is known as a vicious vigilante, but Duggan introduces us to the heart of a hero that beats behind the infamous Punisher’s skull. Duggan shows us that Frank Castle has a purpose – saving people’s lives. Frank is comforting to a father who just lost his family, caring enough to get the man medical attention. We see that Punisher toss aside his revenge obsession for the greater good when he recruits the prisoners to rescue the evacuees. I’m excited to see where Duggan takes this tale.

The art is a massive part of why I added this issue to my pull list. From the convicts’ expressions that scream terror as The Punisher climbs on board their bus to the detailed full-page splash of the hellhound bearing down on The Punisher, there’s a lot of talent soaking these pages. Nothing is overlooked. The panel structure works with the story, and the kinetic action sequences flow with energy one expects from a Punisher comic. From spittle to blue and black brain goo, all the gore is rendered in a realistic and somewhat terrify fashion.

My absolute favorite panel is the huge splash of the Punisher standing over a dead Dark Elf and a stunned Dr. Baldwin. The prisoners flank him. The dark triumphant feeling of that page comes from the perfect combination of colors, shadows, detailed line work, and succinct dialogue.

While Marvel is giving this a 12+ age recommendation. I’d say you might want to add at least three years to that. Punisher is a comic that’s heavy on graphic violence including disfigurement, decapitation, and blood – lots of blood. However, I’m inclined to say that on the whole parents know their kids and leave the decision to them. I’d caution readers who are sensitive to graphic violence but then I’d say that for any Punisher title

Click through to read all of “‘War of the Realms: The Punisher #1’ Frank Castle Saves” at GeekMom.If you value content from GeekMom, please support us via Patreon or use this link to shop at Amazon. Thanks! 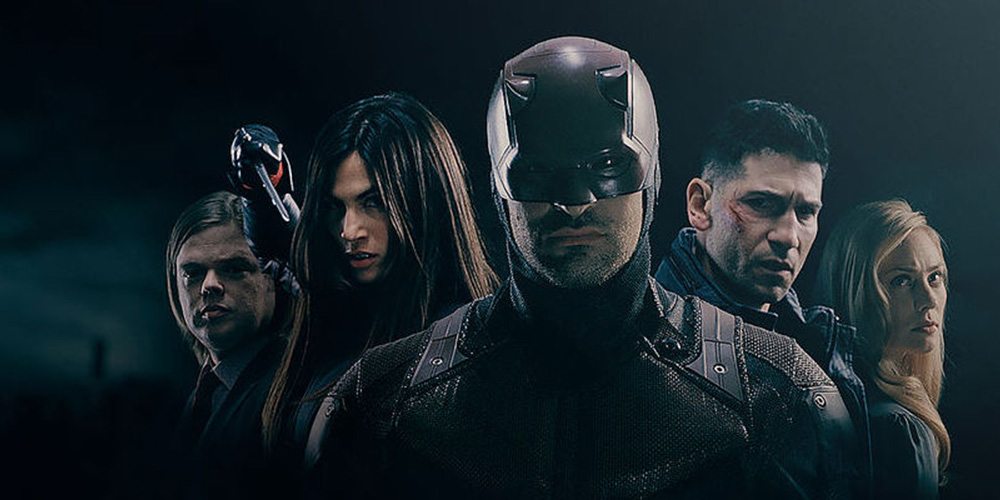 Why I’m Addicted To Facebook (And No, It Has Nothing To Do With Farmville).