Ray: The Terminus Agenda has been a weird storyline, with parts written by both Priest and Adam Glass with the quality matching, and the Priest parts can best be described as “making good out of bad when possible.”

Priest has arguably done the best writing with Damian Wayne and Wallace West in recent years, and his Slade is top-notch as always, but the story is sort of nonsense despite his best efforts. Damian’s secret prison under the Teen Titans’ base has been exposed, and the dangerous inmates have been released just as the team falls apart. Flashbacks to Damian’s young show the sadistic training he had to undergo, which explains is obsessive drive, but it doesn’t explain his lack of basic human decency – he’s even locked a sick veteran whose one turn into villainy was an act of desperation up with Black Mask. Priest is left to try to do a saving throw on someone else’s storyline, but there’s really no saving this run of Teen Titans.

What does work really well is every scene in Deathstroke #43 that Damian and Slade share. The complex dynamic between these two antiheroes has been a part of this series since it started, playing into two major storylines. Now, with Damian injured (even getting a Slade-esque eye injury, although he’s unlikely to lose the eye), he’s forced to let Slade help him get out of the fix he created and fend off the dangerous villains from his prison. There’s even a partnership with the virtual Wintergreen that Slade has in his suit. The action can be a little hard to follow at points, but the final face-off between Damian and Slade really works – until another character takes a seemingly random heel-turn to kick off the next Deathstroke storyline. This is another bad turn for Emiko Queen’s characterization and smacks of editorial meddling, but that’s nothing new – ever since she left Percy’s pen she’s been a troubled character. This story has been a lot more muddled than Priest’s usual, but the quality of his writing mostly pulls it off. 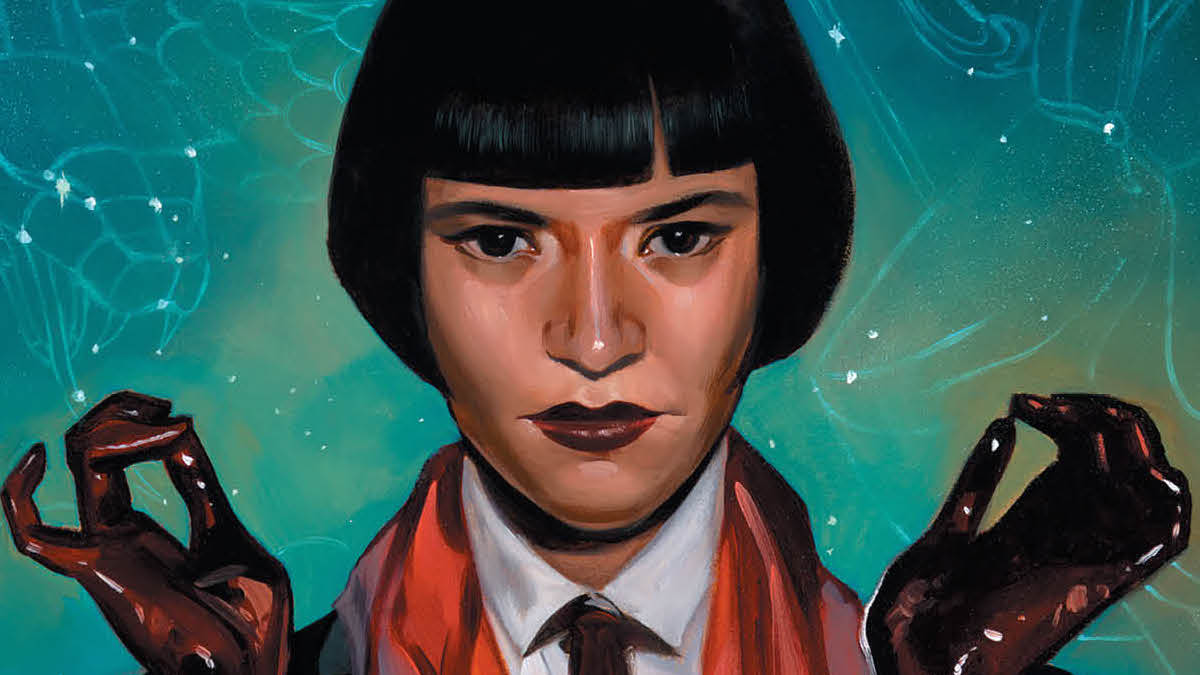