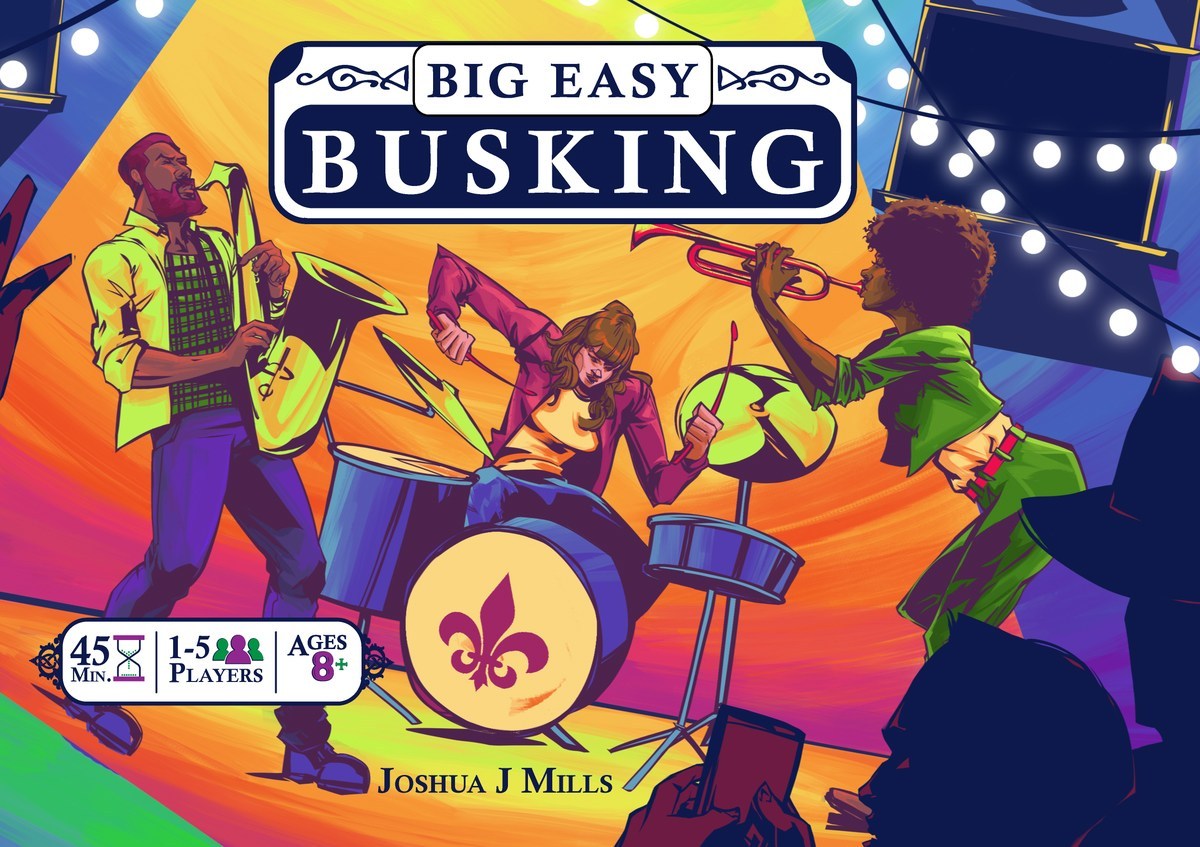 Grab your instruments and head to the streets of New Orleans—the crowds are ready for some music, so it’s time for some Big Easy Busking!

What Is Big Easy Busking?

Big Easy Busking is a game by Joshua J. Mills for 1 to 5 players, ages 8 and up, and takes about 45 minutes to play. It’s currently seeking funding on Kickstarter, with a pledge level of $25 for a copy of the game. There’s also an $8 tier for the high-quality print-and-play if you prefer that, or a $39 tier for the deluxe edition that includes custom sleeves and meeples (rather than wooden cubes). Based on my plays so far, the game can take a bit longer than 45 minutes if you have the full player count (and they’re learning the game), but it will get closer to that when players are experienced.

Note: in case the game’s title doesn’t make sense to you, “The Big Easy” is one of the many nicknames for New Orleans, and “busking” is performing music in public for tips. The more you know!

Note: My review is based on a prototype copy, so it is subject to change and may not reflect final component quality. For instance, the song cards have been redesigned so the icons are easier to see (and shown in the same order as the instruments on the player cards).

The illustrations in the game are by Andrew Thompson, and are vibrantly colored and capture a lot of energy. The style is a bit different from what I usually see in board games, which makes it stand out a bit, and I think it’s a lot of fun. My primary complaint about the illustrations is that the player colors, chosen for color-blind accessibility, are also the main colors used in the illustrations: green, purple, yellow, black, and white. That means that when you place your colored wooden cubes on the colorful crowd cards, they can blend into the background a little. The icons are a little hard to read on the song cards in my photos, but the finished cards have a white ribbon behind the icons so they stand out, which helps with that issue.

I also found that in a 5-player game, we tended to run just a little short on money in the final round, so maybe a few more coins would be nice—though since it’s at the end of the game, we were able to just remember to add a few dollars to our final score.

How to Play Big Easy Busking

You can download a draft of the rulebook here, or get the black-and-white Print and Play files here if you’d like to give it a try before you back it.

The goal of the game is to earn the most money by playing songs for the crowds.

Shuffle the hit song cards and lay out three of them to form the Melody Market.

Shuffle the ability song cards (marked with a star) and place 1 of them, along with 2 randomly drawn hit song cards, in a row: these are the “standard” songs. Place a standard token on each one, with the “-1” side showing. The remaining ability song cards are returned to the box.

Give each player a set of components in their color: player card (showing the three musicians), 15 energy tokens, and three song cards (marked with a meeple of their color). Place 4 energy on each of the three musicians (saxophone, drums, trumpet) on your player card, and set the other three cubes nearby as a reserve. The three song cards form your starting hand. Each player also gets $3.

On your turn, you do the following: Finish Playing, Tip, and Perform an Action.

If the song was a standard song, it goes back to the standard songs row, and the token is set to the “-2” side. Otherwise, the song card is placed in your own discard pile.

Tipping is optional—you may spend any amount of money to add energy from your reserve to your musicians, at a cost of $1 per energy. If you run out of energy in your reserve, then you may not tip anymore.

You must do one of the following: Learn a Song, Play a Song, or Pass.

To learn a song, you pay 1 energy for each of your band members and place it into your reserve; choose a song card from the melody market or the top card of the deck (not the three standards) and put it in your hand. Then draw a new song from the deck to replace it.

To play a song, choose a song from your hand or a standard that isn’t currently being played. Place the card next to the crowd you want to play for. Then you must spend energy from your musicians according to the song card, placing it on the song card. If you play a standard song, you also must pay $1 or $2 depending on which side the token shows.

To pass, flip over your player card and announce that you’re passing. You will not take any more turns for the rest of the round. If you can’t learn or play a song on your turn, you must pass.

The round ends after all players have passed. Each crowd will now payout based on the energy that is on the card.

If you have the most energy on a crowd card, you get the “1st place” payout shown next to the crown. Players tied for first all receive the full payout. If there was no tie for most energy, the 1st place player also takes the mood token.

If you have at least as much energy as the crowd threshold (the number in the cube), then you get the threshold payout—even if you already earned the 1st place payout.

After all the crowds have been paid out, the standard tokens are reset to the “-1” side, everyone collects all of the song cards in their discard pile and adds them to their hands, and everyone resets their band’s energy levels to the starting levels (4 per musician). The crowd cards and unclaimed mood tokens are removed from the game.

The player with the most money is the starting player for subsequent rounds.

Why You Should Play Big Easy Busking

You might think at first that it’s strange to combine area control and a touch of deck-building in a game about playing music, but Big Easy Busking manages to make all that click. Your musicians only have so much energy, and they have to decide how to spend it: learning new songs or playing songs. Do you go for the crowd-pleaser that costs a lot of energy, or learn an easy song that won’t wear you out too much? Do you try to match the crowd’s mood for an extra buck, or just play your loudest song so you can drown out your rivals?

While playing, we did have a lot of fun comments about the theme: other musicians butting in, trying to win over crowds. Thematically, I’m not entirely sure how you tip your own musicians for extra energy, but we decided it was like grabbing a buck out of the hat to buy an energy drink.

As with most area control games, things can get really interesting when the various areas (the crowds, in this case) have different values: is it better to put all your energy on the one card with the biggest payout, or should you just go for the guaranteed threshold payments and put in the minimum energy on as many cards as possible? If you can get two people engaged in a battle over one card, you might be able to sneak a 1st place payout on a smaller card without as much energy. The mix of card values is interesting because there are even some cards where the threshold is very high but the 1st place payout is small—is it worth putting any extra energy to compete for that?

The two-stage area control is an interesting mechanism that I haven’t really seen before. When you start playing a song, you’re signaling that you’re planning to spend some energy on a crowd. But then you don’t actually move them onto the card until your next turn, when you’ve seen if other players are also playing to the same crowd. This is where matching moods can be important: it allows you to take back energy if you can tell it’s a lost cause, so you can spend it elsewhere.

This broadcasting of your intentions also allows for bluffing, of course, or egging somebody on. If I have four energy on a song and then you play a song to the same crowd with 3 energy, I’ll probably want to commit all 4 to maintain my lead. But it’s quite possible that your song card was just a feint, and you add 1 energy and then take back the rest, leaving me with wasted energy.

Deciding what songs to learn is also a tricky piece of the puzzle. Some songs are cheap and only require 2 energy. Some match two different moods; some are wild and match all moods. All of them cost the same amount to learn, but different amounts to play. There is an even number of mood tokens of the three moods (plus one wild), and you’ll use all but one token during the game. If you invest heavily in songs of one mood, they’ll only match roughly a third of the crowds, but you’ll do well with those crowds.

On top of that, you need to manage your energy. Do all of your songs require drums? Then you’ll run out of drums and be unable to continue playing, even if your sax player and trumpeter have plenty of energy left. I really enjoyed planning out my “set list”: the order I could play my songs for different crowds so that I could hit thresholds and retrieve enough energy to play my next song. Of course, plans can change based on what other players are doing, but if you don’t count up your energy costs, you can be left with unspent energy on one of your musicians.

Big Easy Busking blends a fresh theme and a fun twist on area control. I’ve enjoyed playing it, and I like the way that the gameplay evokes the story. For more information or to make a pledge, visit the Big Easy Busking Kickstarter page! 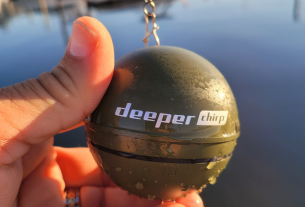 Going Deeper With the Portable Chirp Sonar for Fishing Geeks 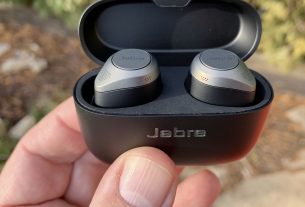