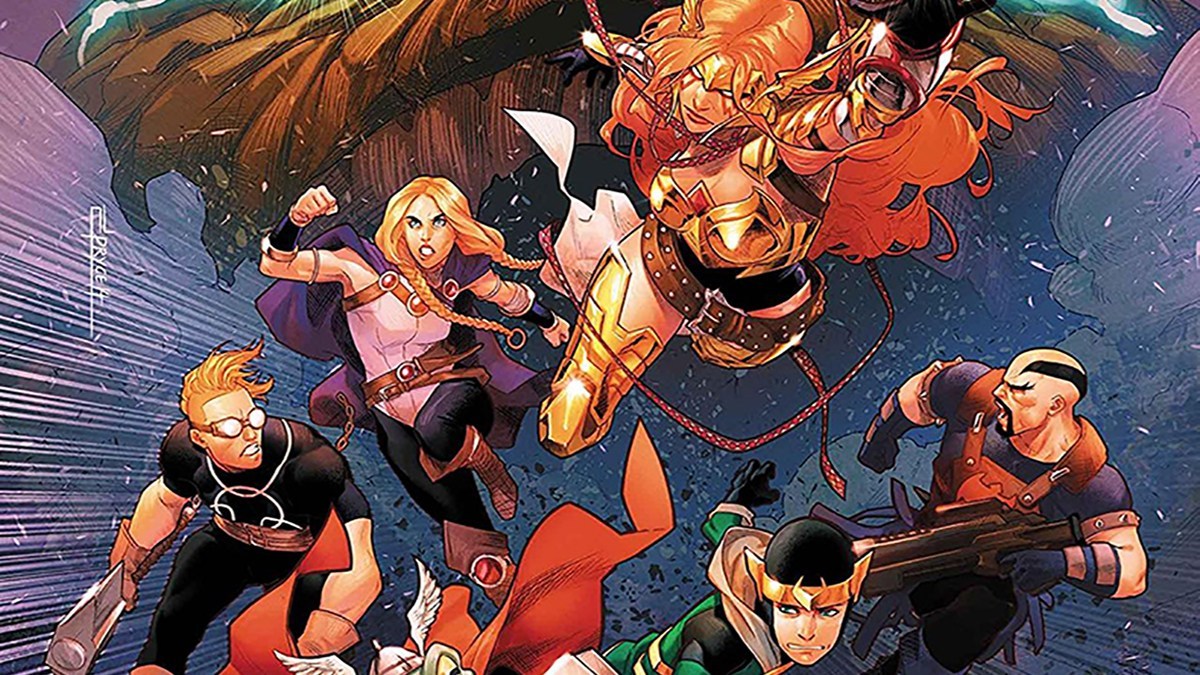 Asgardians Of The Galaxy #7

Asgardians of the Galaxy #7 is a solid entry into one of the most underrated comic series that’s tied into The War of The Realms. I feel like this series deserves better attention than it’s been getting. Now there is some argument that I am biased by my long-term relationship with Angela who was created by two of my favored comic greats Neil Gaiman and artist Todd McFarlane. Yeah, Sera I’ve known Angela longer than you (cue third grade “neener neener” face). I was already a Spawn fan (I still have the original #1) when Angela first appeared in issue #9 back in 1993. I fell instantly in love with this character. Her initial appearances might have catalyzed or at least been one of several formative influences in my weakness for comics featuring beautiful badass women. My Zenescope & Dynamite collections can attest to that.

But there is a lot more to Asgardians of the Galaxy than just the “Bikini Battle Broad” as Pip The troll referred to her. There’s a broad cast of interesting characters that are showing a solid team dynamic in spite of how ragtag and beaten up they might seem at the moment.

Spoiler Warning: If you have not read Asgardian of the Galaxy #7 There May Be Spoilers Below

The Story So Far

In Asgardians of the Galaxy #6, we met Sera, Angela’s love, and her team The Ravagers. Sera introduced Angela to the Refugees the Ravagers were protecting from Chargazel’s Raiders. Before Sera finished explaining who they are and how she found them, Chargazel’s Raiders attacked the camp, and that appears to have woken up Ego, the Living Planet. If you’ve ever had someone wake you up due to their fighting, then you know just what how Ego feels. A tired and cranky planet awakened because some nimrod is dropping bombs all over their surface isn’t going to be a good situation for anyone.

Asgardians of the Galaxy #7 Cover

While the cover for Asgardians of the Galaxy #7 isn’t my favorite cover for this series so far (that honor goes to issue #6), it is certainly a quality addition to the ranks. Jamal Campbell’s rendering of our heroes fleeing the looming Ego gives a sense of the peril they found themselves in at the close of the last issue. Something about way Ego is positioned gives the sense that the planet would devour our team given the chance.

The Planet is NOT Fine

Asgardians of the Galaxy #7 makes an unintentional potent environmentalist argument via a highly pissed off planet determined to destroy the people irritating it. The late George Carlin had a routine often referred to as “The Planet is Fine,” but Ego makes it quite clear in this issue that this planet is certainly not fine. In fact, this planet is quite pissed off and more than a little homicidal. We open with high-action scenes in which the planet is literally trying to kill everyone on it.

The Ravagers and Asgardians face a battle on two fronts. Chargazel’s Raiders are still trying to kill and capture the refugees, while everything from trees, to rocks, to the very weather, goes violently insane and attacks. Ego is throwing a full-blown temper tantrum and when Angela questions Sera why she’d bring refugees to this planet of all the worlds out there Yondu explains that he’s made a deal with Ego to allow the refugees to stay.

Unfortunately, Alter Ego, Ego’s moon is being influenced by external forces and it’s creating the apocalyptic rage that our heroes and the Ravagers are battling. Ego blames the rash behavior on being tricked and manipulated due to the influence of Alter Ego. Ego swears he has no desire to harm the refugees, the Ravagers, or even the Asgardians. Angela sets out to find out exactly what the issue is and put a stop to it. She does so in a truly brutal but so very Angela fashion.

I’ve grown to enjoy Bunn’s work; he’s a versatile writer. While the action is non-stop, Bunn maintains the cheeky fun that has characterized this series with delightful dialogue and fun character interactions. From Skurge’s noting that Torgo is “the kind of bad influence mother always warned me about” to Pip the Troll’s snarky last-minute rescue of Sera, Valkyrie, and Yondu the fight is as much fun as it is one-sided (because let’s face it the planet does have the advantage). There’s even a moment where the mighty Throg begins to ruminate on his impending death. Any comic fan can tell you that when an Asgardian waxes poetic mid-fight $@&% is going to get real and fast. Throg shows yet again why he is a valued member of the team.

This issue was a bit of a roller coaster emotionally but not as much as it might have been. What should have been a highly emotional moment between Sera and Angela fell a bit flat. It’s unusual for Bunn to miss the mark but in this case, the moment didn’t quite have the impact needed. However, the emotional moment between Angela and Kid Loki hit much harder than expected, and I will admit I had to grab a tissue. Damn it, Bunn you got me on that one!

I’d be remiss if I didn’t acknowledge the artwork in this issue. Artists Buffagni, and Landini, with colorist Blee, did a great job on character designs, expressions, and keeping the action flowing. The shading and tones added the transitions nicely as the panels moved from combat to personal interaction rapidly. The kinetic artwork of the action scenes gave Bunn’s dialogue the perfect contrast. Keeping the story flowing visually with so many moving pieces is no small feat.

As with most Marvel titles, I’m comfortable with the twelve and up age recommendation on this series. There’s no shortage of violence, but it’s not graphic or gratuitous. Angela’s exceptional brutality occurs mostly out of panel. I do want to be clear that my age recommendations as just general guidelines and that parent consider their child’s individual sensitivities. For adults, if you are comfortable with the level of violence in your average prime time or Netflix action series then you’re more than likely good to go for this title.

Asgardians of the Galaxy #7 Memorable Moment:

Torgo slams his fist into the ground with his full force

Skurge: “What are you doing?”

Torgo: “This planet attacks us… so, I shall attack the planet. I will beat this world into submission!”

The Road to The War of The Realms

The Asgardian’s are already down on people, traveling in a ship that Urzuul has patched together with duct tape and bubble gum, and they are headed back to Earth with no idea what awaits them. Going into The War of The Realms, this is not the best shape to be facing battle. Now that Loki (not Kid Loki) has made a fateful move, it will be interesting to see how our rag-tag band handles what they find when they arrive.

Click through to read all of “‘Asgardians Of The Galaxy #7’ The Planet Is Not Fine” at GeekMom.If you value content from GeekMom, please support us via Patreon or use this link to shop at Amazon. Thanks! 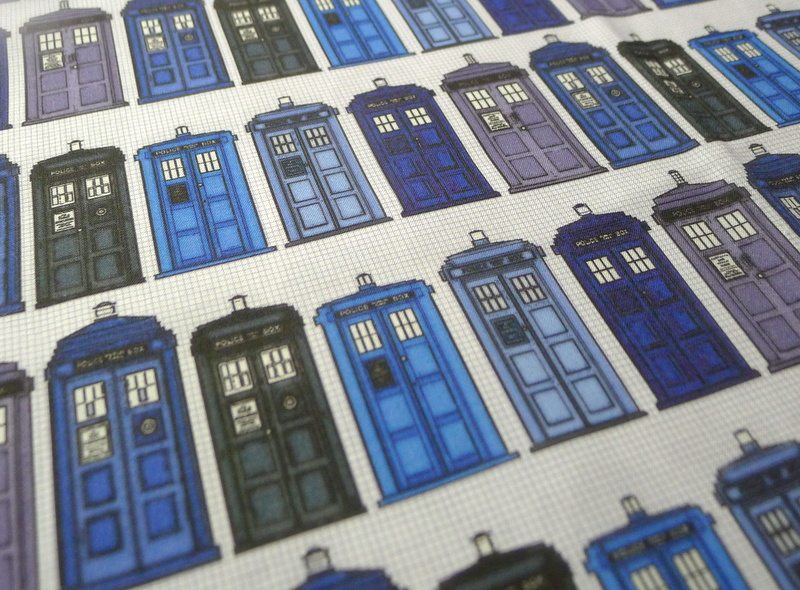 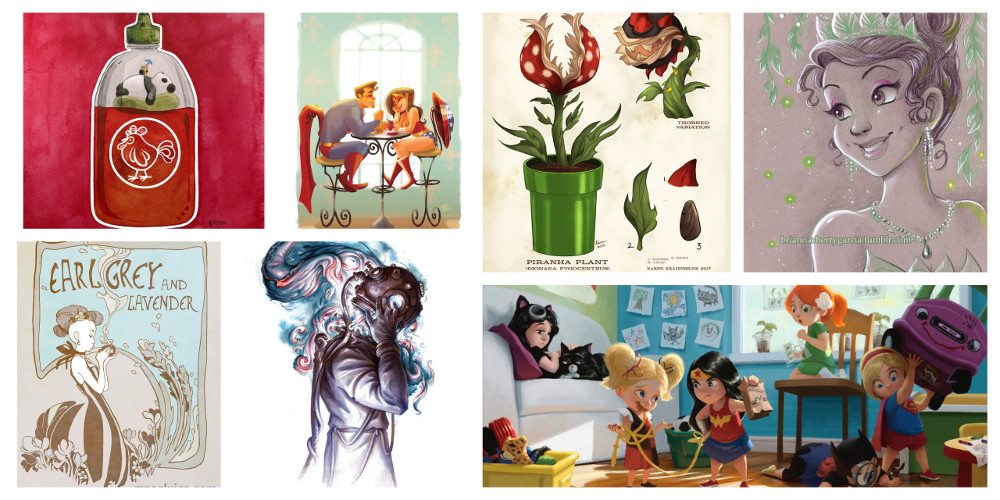