Ray: We now know The Silencer is wrapping up with issue #18 in June, making this a complete wipeout of the new concepts created by the New Age of DC Heroes line. Silencer may have been the most intriguing character from the lot, but her title was still rather inconsistent, and it seems like the final issues will be used to tie up loose ends and prepare her for a possible role in Event Leviathan. When we last left off, Honor had been brainwashed by Talia Al Ghul to become a loyal assassin for Leviathan again, leaving her family behind – or so she thinks. Honor actually remembers everything, and is just looking for the opening she needs to get away. But before she can do that, she’ll have to carry out another mission for Talia – wiping out the failed clones from the same experiment that created her and Raze. That means another mission deep into mad scientist territory to kill a group of mutated super-soldiers.

The cover basically gives away what’s going to happen – Silencer and Raze are going to encounter a powerful new metahuman named Smoke. Raze turns out to be the weirdest loose end in the series, as he gets killed off without ever revealing his face or doing anything significant. Smoke has a disturbing plot to take Honor’s place, but her characterization is sort of all over the place. What worked much better was the subplot involving Honor’s husband as he gets closer to discovering the truth behind the mysterious security apparatus in the backyard – only to come up against some eerie security forces. He’s getting more involved in the actual narrative and I’m hoping it’s leading towards a happy ending for him and Honor, but the grim goings-on in Honor’s plot makes me dubious. I’d rather see a bigger emphasis on the family elements from the early issues than the violent spycraft.

I’ve enjoyed the last few issues with Honor’s resurrection and how she’s hiding her need to get back to her husband and her son. Filling in the background on how she was “created” has also given great insight into her personality and her need for a family.

And, now, another kind of family is at stake here, with a brother than one cannot love, as he seems more a killing machine than Honor herself. But then we have Smoke, who in one quick stroke, knows all, setting up a final showdown where Honor will have to reveal herself in some way. Smoke has great motivation and I’m hoping she might just have sympathy for Honor’s family instead of killing them.

The one remaining complaint I have is that we still have not seen what drew Honor and her husband together. What did they do in their spare time? How did they communicate? I want to see a spark of what brought them together but there’s nothing.

I can see this going a few ways. The family dies and Honor vows vengeance on Talia; Smoke kills the family and Honor works with Talia to avenge them; or, Smoke helps Honor, in the end, and Honor and her family are presumed dead but alive and happy.

Or her family survives but the husband dumps Honor, making her a soulless assassin again.

We’ll see how it goes. 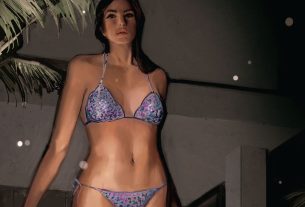 Review – The Nice House on the Lake #10: The Mortals