Using alternate labels and words for things can be hilarious. Take Nathan W. Pyle‘s Strange Planet, which has come from seemingly out of nowhere to be beloved by me and almost everyone I know. Randall Munroe‘s Thing Explainer redefined scientific diagrams for complicated concepts and regularly gets a chuckle out of anyone I see reading it. And those memes with the sea flap flap (manta ray) and the boople snoot (bunny) never fail to make me smile. It’s kind of like when your kid is little and just learning the words for things, and they say something completely true and accurate but not at all the word combinations you’re used to hearing.

A brand new book out just today adds to this movement of amusement. Animal Anatomy: Sniff Tips, Running Sticks, and Other Accurately Named Animal Parts by Sophie Corrigan reinvents animal diagrams, renaming body parts with terms that are alternately adorable and clever (and sometimes both). The names chosen sometimes reflect what the part is used for (such as a goat’s udder being a “posh cheese bag”), what it looks like (such as a pig’s tail being a “curly booty flourish”), or what it actually does, even if we don’t want it to (such as a grizzly bear’s paws being “deadly honey scrapers”). 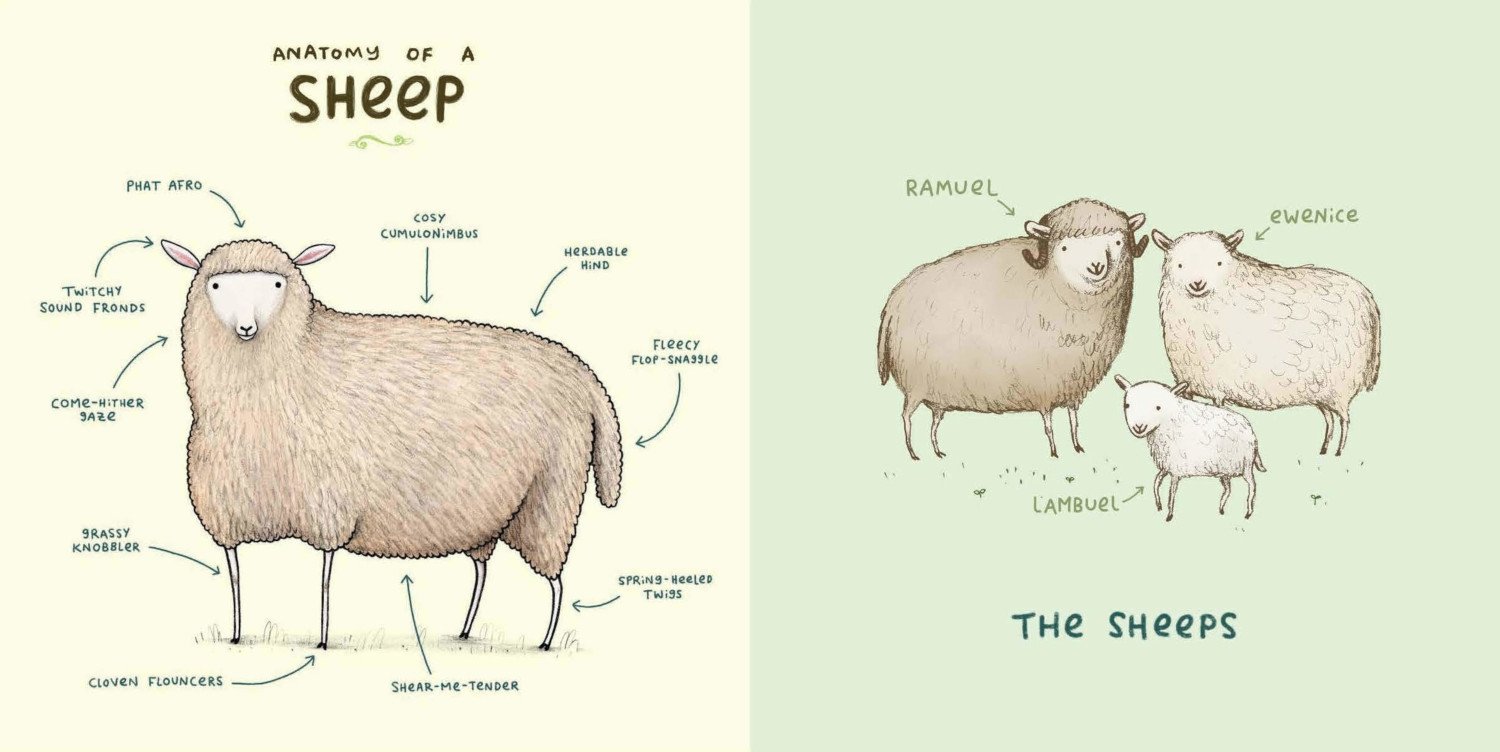 The book starts with a single atom and then works its way out of the primordial soup to land creatures, then dinosaurs, then naturally the chicken, then gobs of other birds, mammals, fish, and other creatures. The book ends with a labeled diagram of a human (including its “little piggies”). Each page contains humorous animal diagrams, and a few have word-based jokes about animal names, such as comparing an axolotl to an… wait for it… axolittle. There are also some genuine animal facts strewn about. It’s an incredibly fun read. 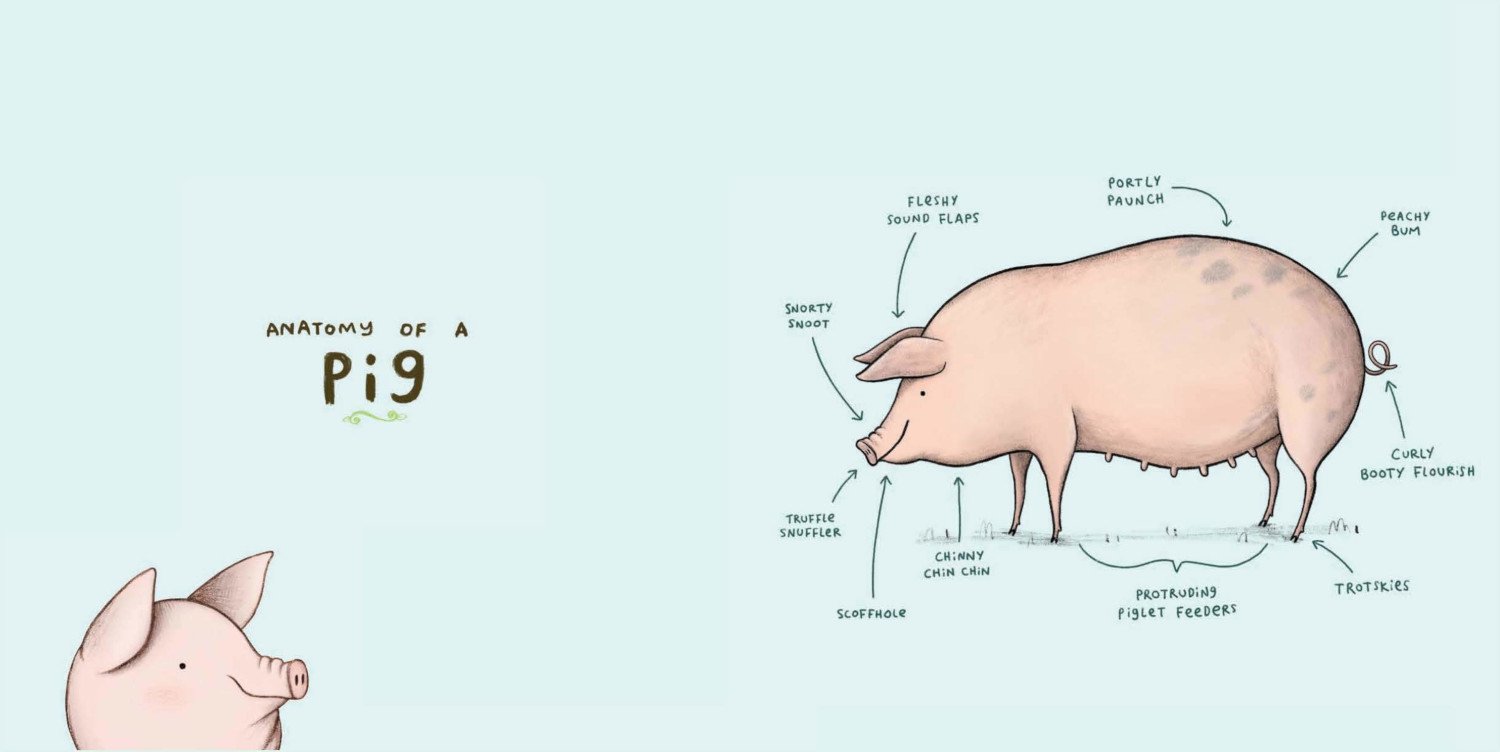 I love looking at this book with others, be they adults or kids, because something always takes them by surprise, and giggles or hearty laughs ensue. Sometimes these new names for animal body parts make their way into our family lexicon (I’m definitely calling llama hooves “cloven dainties” from now on). 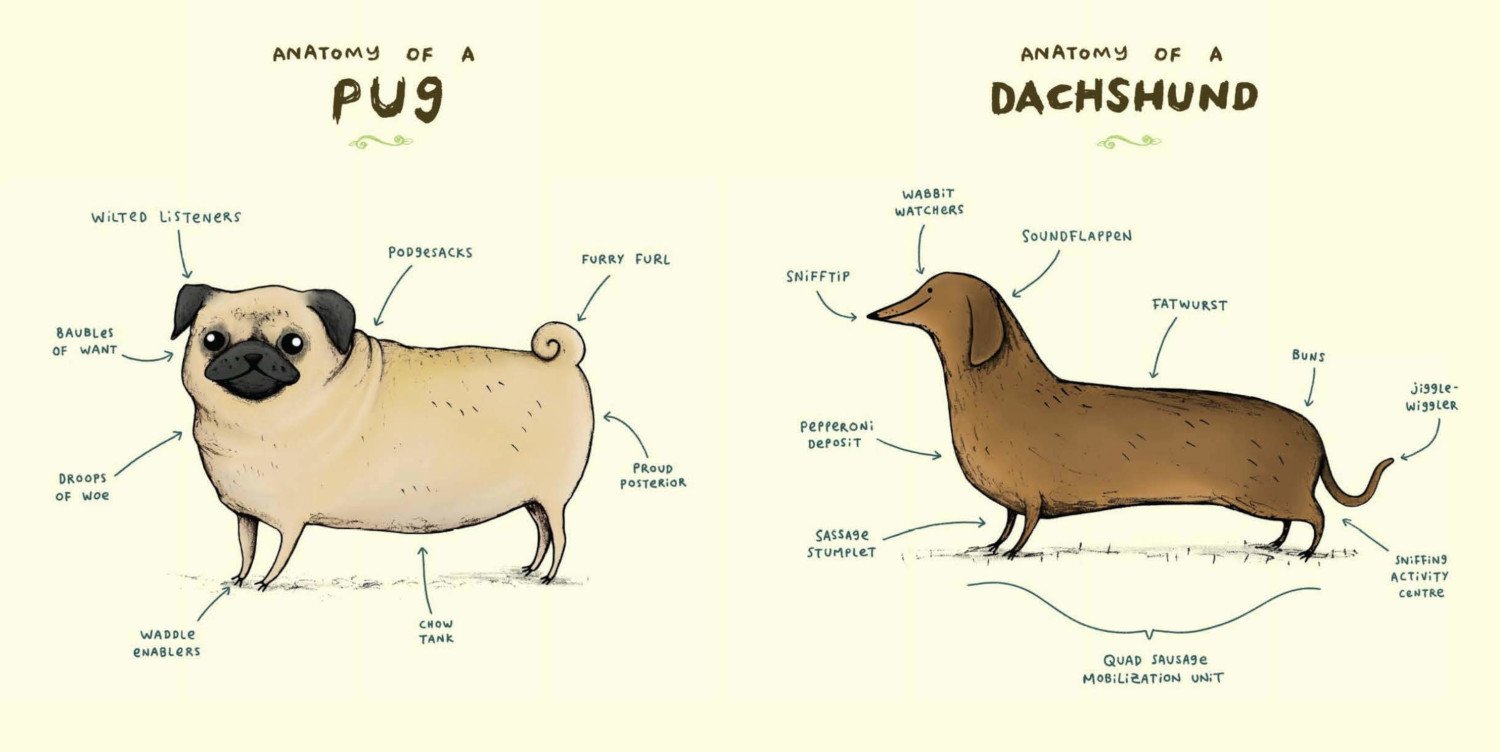 I highly recommend Animal Anatomy for any family who loves animals and silliness. The two often go hand in hand anyway, but this book really drives home how cute (and sometimes deadly) animals are, and your family will find new ways to appreciate them.

The book will also get your kids spotting animal body parts in the wild. “Look, Mom! I see that robin’s merry berry plucker! Oh, and now he’s flapping his festive flutterflaps!” Learning alternate names for animal body parts will certainly make your nature walks and trips to the zoo more interesting!