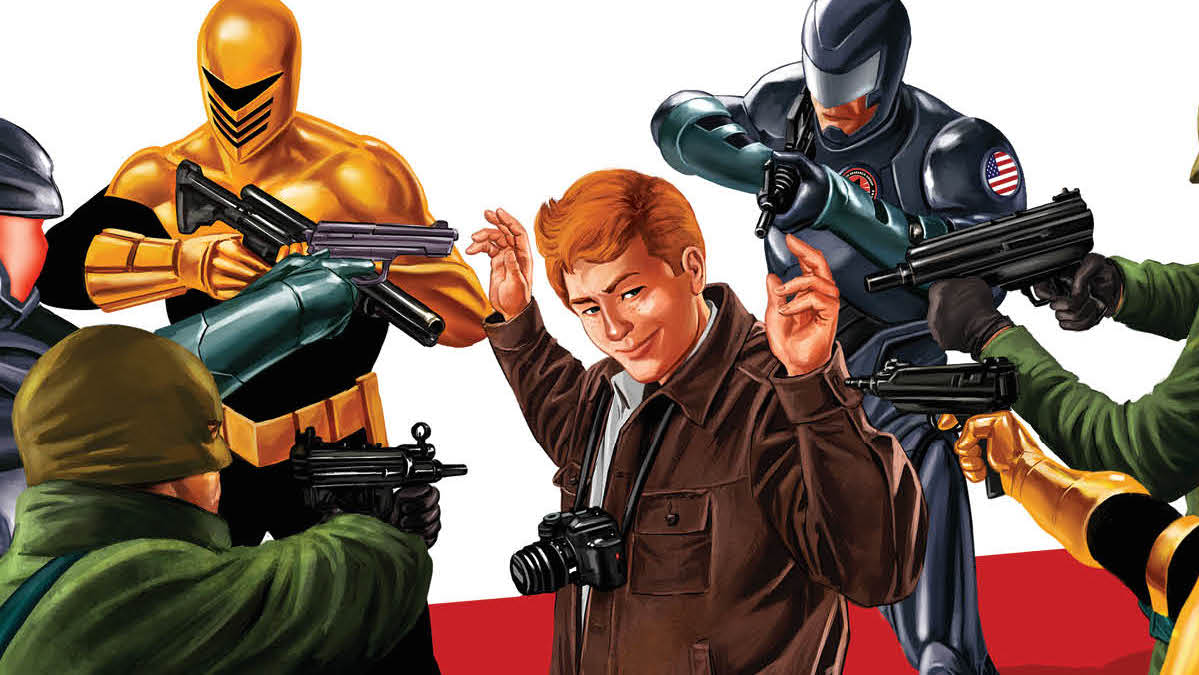 Corrina: Building to the Event

Ray: The best way I can describe Bendis’ run on the Superman books so far is “Pretty great unless something weird is happening, and a lot of weird stuff happens”. Rogol Zaar, Superman letting his son go with his psycho father, Lois revealing Clark’s secret identity to her psycho father… But nothing weird happens in this issue, as Bendis begins to develop an exciting spy thriller that will build into his summer Leviathan event. When we last left off, Jimmy Olsen was witness to the destruction of Kobra, and Superman saved Amanda Waller from an assassination attempt on her base. That continues in the opening segment to this issue as Director Bones and potential DEO recruit Adam Strange nearly fall prey to the same superweapon, delivered by a mysterious alien being that looks a lot like Doomsday from a distance. Meanwhile, Amanda Waller meets with Sam Lane in a dark room to discuss the conspiracy targeting them both. Lane seems almost convinced that he’s been wrong about Superman – and then they come under attack as well.

I was glad to see Superman and Lois be the focus for much of this issue. Both reviewers on this column have quibbled with some of the relationship choices they’ve made, but when they’re together it feels like magic. This is very much the determined reporter version of Lois who made the character so beloved – which fits very nicely with her first solo series since the Silver Age, coming from Greg Rucka in June. Her return to the Daily Planet and her meeting with Jimmy Olsen – who has been hiding under his desk since surviving the attack on Kobra – is great, although I still wonder what the plan is with Robinson Goode. She was revealed as the big bad of this run, and now she’s just back at her desk working on stories. The ending scenes offer some great tension – I don’t believe for a second that Sam Lane is gone, but he’s probably finding out a lot more about the threat right about now. The cliffhanger, with Amanda Waller showing up at Clark’s apartment, promises this story is only going to get more twisty. One of my favorite issues of the run.

Corrina: Did Amanda kill Sam? Fake out? I’m not sure and I re-read that several times.

As for Amanda, I’m always worried about her portrayal now, as she went from “ruthless but with her own moral code” to basically “any means justifies the ends I want,” putting her in villain territory, at least in Suicide Squad. Whether Bendis writes her differently or not, we’ll see. I’m guessing Leviathan still ties into what’s going on over in The Silencer, which may explain why that series is still ongoing. (I like that series but sales cannot be great.)  It also explains Talia’s involvement in Jimmy’s love life, maybe?

As for the story, yes, for Lois, that’s a nice re-enactment of Hildy Johnson entrance to the newsroom in His Girl Friday but it also underscores how careless Lois has been about what is her passion, and that’s news reporting. I feel like her return to the newsroom is leading to breaking up with Clark, probably because she told her father about Jon.

We shall see, though I have hopes for Rucka’s series.

Oh, I haven’t mentioned Superman. He’s not quite in this much and that’s okay. Many Superman stories that focus on the supporting cast have been excellent. Whether this will be one of them remains to be seen.

After about a year of Bendis’s work on Superman, I’ve not been won over. 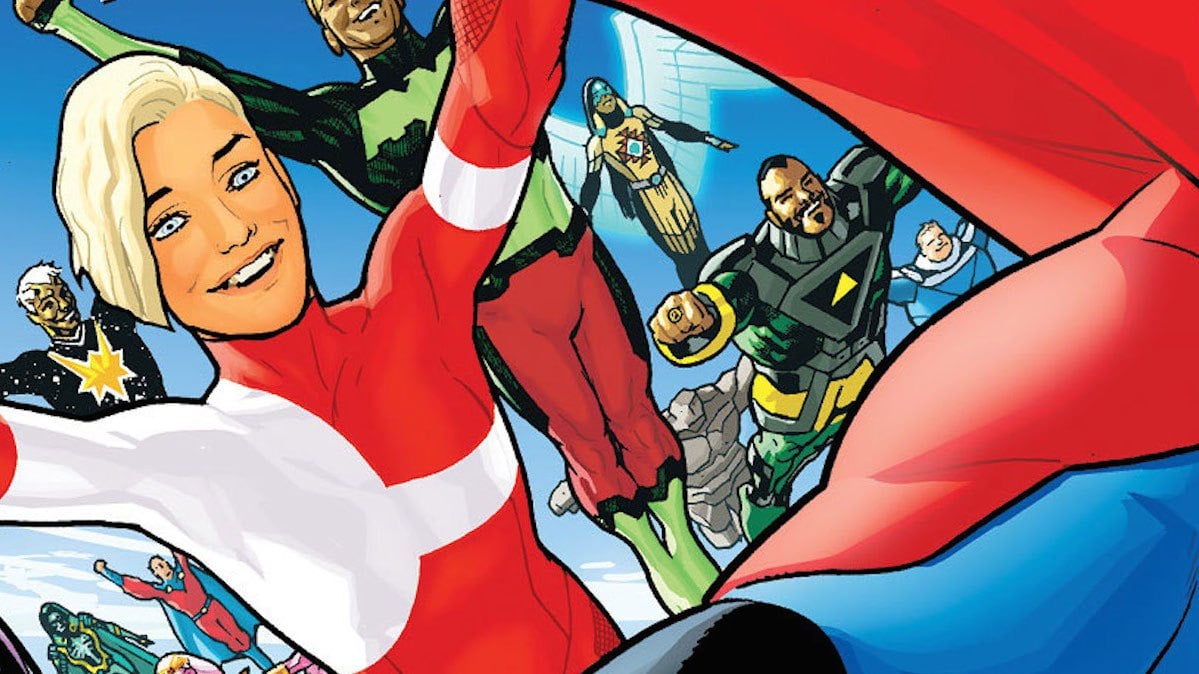 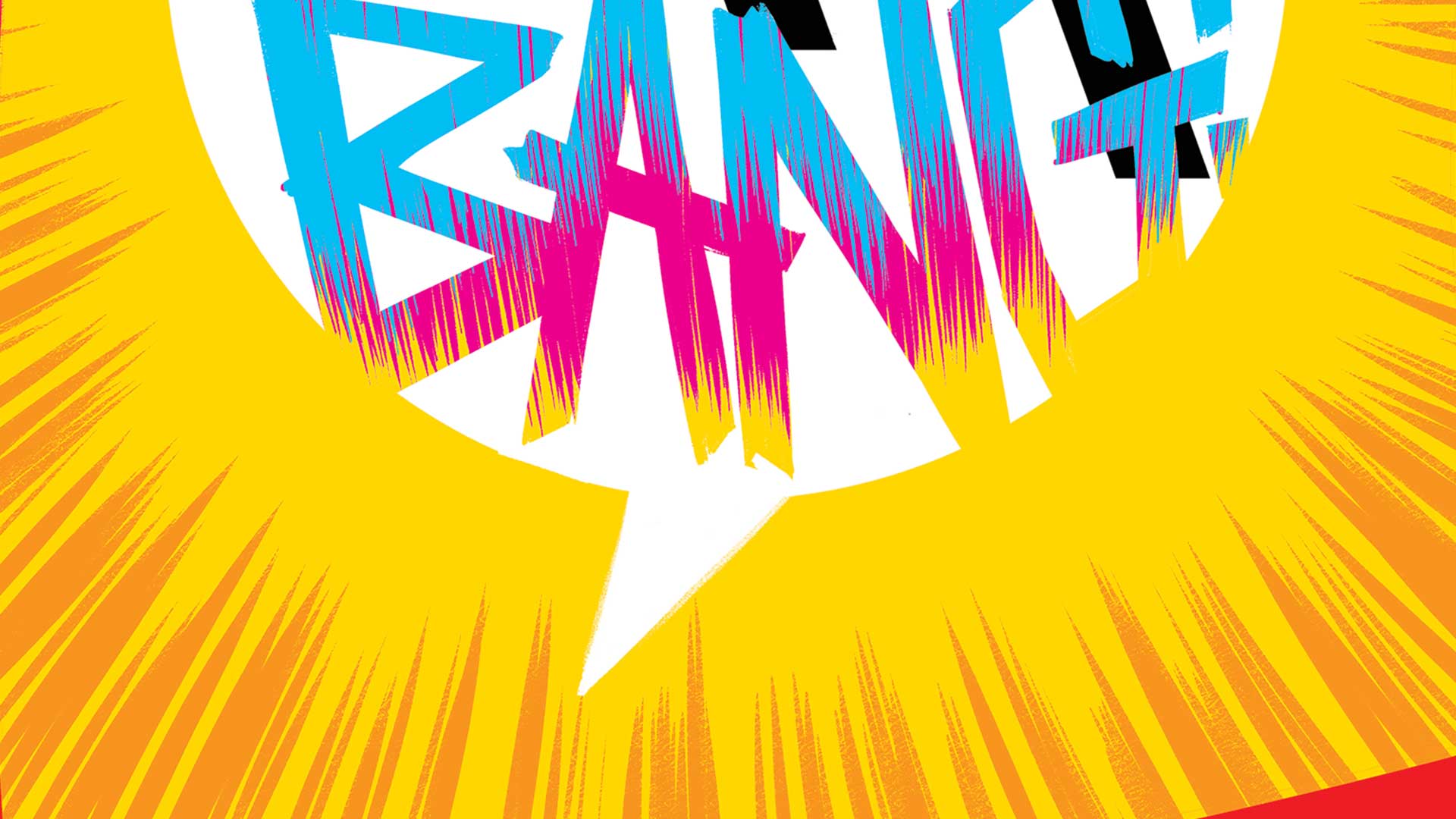