This series has been up and down for years now, and this arc is definitely “down”. One of the strangest thing about the whole run is just how long Scott Lobdell has been writing these characters. Remember Bunker? The young Mexican gay Teen Titan who had a boyfriend in a coma, from the 2011 Teen Titans series? I bet you haven’t thought of him in years, but he’s back here because Scott Lobdell has his own weird DCU going on in the back alleys.

I suppose we should expect Harvest and H’el to show up next?

The main threat of Red Hood: Outlaw #31 is Solitary, aka Willis Todd (we think), a crimelord who seems to have three people in one body and can shift from place to place. The reunion of Jason and his father should be a big deal, but Solitary is suddenly such a generic villain that it’s hard to see it as anything with long-term story potential. It’s just another example of wasted potential.

The best way to describe this issue is “Wasted potential”.

The character of Solitary has been set up for a while and seemed to be conclusively shown as Willis, but this issue makes it seem like that’s a false lead – he’s lacking a key identifier of Willis Todd, and Jason doesn’t believe him and seems to either kill or seriously wound him. The reveal that Luthor was behind Solitary’s transformation is shrugged off as well. Then there’s the bizarre subplot of Wingman, whose identity is never quite revealed but seems to want Jason to return to Gotham. He appears briefly, almost randomly in the issue – but then shows up at the end of the issue seemingly unmasked as an older tough-looking guy who is never identified. Slam Bradley, maybe?

Jason, “Wingman”, and Miguel seem to be heading back to Gotham to take over the crime scene, yet another odd soft reboot for the series.

What a waste of Pete Woods’ art. 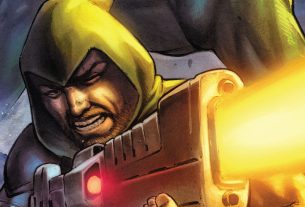 Review – Shazam! #3: Lost in the Magiclands