Welcome back to Graphic Novel Weekly, a column that will bring you exciting graphic novel content each week. This week, I am looking at six science fiction titles. Well, five science fiction titles and one about dinosaurs, but that didn’t make quite as succinct of a title. I’ll be reviewing:

I’m a huge dinosaur fan. I think just about any story is made better by adding dinosaurs. Othello got you down? What if he was monologuing with a dinosaur skull? See, point made. Regardless, when I see a dinosaur-themed comic, I’m going to check it out.

It turns out that Albertosaurus sarcophagus are jerks. When a family of Tyrannosaurus rex are attacked by A. sarcophagus, it will lead a mother T. rex on an epic journey through the Cretaceous period, seeking bloody revenge on her family’s attackers.

Cretaceous is completely dialogue free, given that dinosaurs likely weren’t discoursing on philosophy. The narrative is told entirely through images. The main arc of the story is the aforementioned T. rex blood hunt, but the story spins out on brief tangents of exploration of different environments and creatures of the Cretaceous.

This was an absolutely delightful story. I found myself deeply engaged with the quest of the T. rex, despite their being no human characters to connect to throughout. Galusha does a fantastic job of creating connection and empathy without trying to humanize or anthropomorphize the dinosaurs.

I highly recommend Cretaceous. If you are looking for a fresh new read after re-reading Age of Reptiles a thousand times, or want a more serious take on Gon, then Cretaceous is a fantastic option.

CONTENT WARNING: The Cretaceous period wasn’t exactly all fun and games. Cretaceous includes blood, violence, animal infanticide, and a prehistoric shark giving birth. This is all presented in a documentary-style, and never feels gratuitous, but Cretaceous is not for the youngest of readers.

I’ll be honest. When I find out that a graphic novel is part of a larger multimedia project, I tend to cringe and avoid the graphic novel. I have had far too many experiences where the graphic novel was clearly tacked on and wasn’t given the attention it needed to be a worthwhile project, or was so contingent on another aspect of the project (usually a music album or video) that reading it on its own leaves you with a nonsensical mess. So I was more than a little trepidatious when I started up with Galaktikon, Volume 1.

Triton is a retro science fiction-style pulp hero, who has risen in popular attention and garnered significant accolades. So when his marriage falls apart following some public infidelity, Triton’s private life becomes the number one topic of conversation. Turns out, divorce is even worse than fighting evil space monsters. As Triton sets out to get his head right, his worst enemy takes advantage of Triton’s state of distraction to set off a campaign of evil that even the universe’s greatest hero might not be able to stop.

Following a depressed, alcoholic former space hero through his emotional breakdown may not sound like fun, but it was an absolute blast. There is a lot of action, as one would expect out of a retro space opera homage, and it balances nicely with a deft inclusion of comedy and emotional pathos. Triton’s recovery from the end of his marriage is something he must work through, not get over, and this emotional intelligence infuses the story, creating a healthy foundation for the comedy and action to spring out of.

I really loved Galaktikon, Volume 1. If you are looking for an action-packed space opera adventure, it delivers. More impressively, it manages to play host to well-defined and fleshed out characters that grow throughout the story. This was one of the highlights of my space opera graphic novel reading this year.

I’m a huge fan of science fiction horror. Space is such a cool place to set bizarre monsters and abject evil. While there have been some definite classics within this subgenre, most of them are movies like Alien. I always jump at the chance to take a look at new science fiction horror tales, so I gave this one a shot.

In the asteroid belt, the crew of a ship nearly crashes into a giant asteroid that seemingly appeared out of nowhere. After a close shave with explosive demise, the crew realizes that the asteroid is showing signs of life. After tense debate, they decide to explore the asteroid, and bring back more than they expected.

I’m one of the few horror comic fans who doesn’t love Steve Niles’ work. I love his ideas, and the concepts that form the foundation of his work, but when I dive into the stories themselves, I always find myself wanting more from them. I don’t deny his importance to the genre, and I will always be grateful for his fight to make vampires evil again in 30 Days of Night, but he is just hit or miss for me.

I found Delta 13 to be more of a miss. The story goes for creeping dread, but instead mostly comes across as tedious set pieces interspersed with assaults. Nat Jones does great work on some of the creepy large-scale shots, but his art doesn’t have the immediacy and tension evident in the scenes meant to be gripping.

I didn’t hate Delta 13. It was a quick blast of horror with some interesting art, especially the covers. However, it does not stand strong enough to give it a strong recommendation for science fiction horror fans.

Earthworm Jim was at peak popularity when I was a kid. I joined the craze a bit, but I was too young to really cultivate a cult following. When I saw the cover of Creature Tech, I thought to myself, huh, that looks kinda similar to the Earthworm Jim art style. When I realized that TenNapel was the man behind Earthworm Jim, I gave myself a solid pat on the back for my adept artistic eye, then began to wonder if maybe Creature Tech would be too much of a kid’s comic for me to enjoy.

Creature Tech follows Dr. Michael Ong, charged with heading up the Research Technical Institute, known rather derogatorily as Creature Tech. He’s spending pretty regular days dealing with the bizarre and alien, until the ghost of Dr. Jameson, dead for ages, uses the Shroud of Turin to resurrect himself and begins his attempts to bring a giant, ancient space eel back to life to wreak havoc on the world. Dr. Ong, the citizens of the neighboring town, Ong’s pastor father, and a government-trained humanoid mantis must fight to stop utter destruction.

First things first. Creature Tech is utterly ridiculous. Also, it is wonderful. The whole thing reads like a gloriously over-the-top kid’s cartoon, while also including intelligent ruminations on the meeting of science and spirituality, small town politics, love, and giant space eels. Creature Tech is an incredible amount of fun.

While I wouldn’t say that Creature Tech is all-ages reading, it has less swearing and violence than many PG movies I’ve seen. It is a story that kids could enjoy for its goofy plotline and cartoon-style art, while adults who read along with their kids will find themselves drawn into the relationships and discussions that lie at the heart of the story.

I’m not a diehard Gears of War fan. I’ve played and enjoyed Gears of War and Gears of War: Judgement, but I would consider myself more of a casual fan of the genre. Keeping up with AAA video game series is an expensive endeavor! However, I love military science fiction, so I wanted to give this comic series a shot.

The comic series is set between Gears of War and Gears of War 2. Delta Squad, led by the bodaciously-muscled Marcus Fenix, set out on dangerous missions in their fight against the Locust Horde. Both of the main stories contained within this omnibus follow rescue missions gone wrong. The first deals with a search for missing gears units, while the second details Delta Squad heading into a human breeding factory to rescue survivors.

This is not a series that shies away from the dark side of humanity’s fight for survival. People die. Families are torn apart. One solider is dealing with the health issues resulting from his proximity to the lightmass bombing, while others are exploring the ethical issues around a facility where women were raped to propagate the next generation of humanity. There is a depth of emotional and ethical complexity to Gears of War that belies its dude-bro image.

Gears of War also doesn’t skimp on the action. Visceral, gritty combat is hanging ominously over the story when it isn’t at the forefront. The action scenes are well done, never losing the plot progression in the meantime.

I enjoyed Gears of War Omnibus, Volume 1 a lot. While there were some fine details I missed out on because I haven’t played Gears of War in years, I still found myself settling into this dark, complex action saga. This is a series that surpasses its status as a tie-in comic. Fans of mature military science fiction should definitely give this one a try.

I really enjoy trying titles that are from small publishers or are self-published. Don’t get me wrong, the ratio between stuff that is awful and stuff that is great is way worse than with traditionally published stuff from larger publishers. Yet, there are some really great stories being told in innovative ways by indie creators that are fantastic, and exist outside of the traditional publishing structure because they aren’t easily pigeonholed. Finding exciting titles and giving them a boost is a big part of why I started up Graphic Novel Weekly, and I was excited to give Priming the Charge a chance here.

Alice wakes up from cryosleep to learn that the rest of her family is dead. Earth was somehow devastated, and now society is run by the governmental force Axis. Alice is a doctor at a hospital with no patients, feeling the pressure of being a pawn in a much larger structure. When Alice begins to push back, she finds herself encountering mysterious allies while on the run from Axis forces looking to suppress sedition.

Priming the Charge was a lot of fun. Frequently, science fiction thrillers set in post-cyberpunk urban settings can get a little too rote and by-the-numbers. The element of conspiracy in Priming the Charge did a nice job of stirring up that sub-genre complacency, adding an element of tension to the whole production. The plot picks up pace as the story progress, and I found myself really invested in Alice’s struggles.

The art wasn’t as strong as the writing. Generally, it did a pretty solid job of helping to tell the story, and the coloring in particular worked to set an atmospheric approach. Far too often, I see art that seems very CGI-influenced become a little stagnant, and that seemed to be the case here. The art felt stationary, and the lack of dynamic movement and flow really hurts during action scenes. This was the only major weakness of the art, but it does still cause for the occasional hiccup.

Overall, I would definitely recommend this title for fans of neo-future cyberpunk a la Richard K. Morgan’s Altered Carbon or Tow Ubukata’s Mardock Scramble. This volume ends on a cliffhanger, and if the following volumes are as enjoyable as this one, this is a very good ride to get on from the beginning. 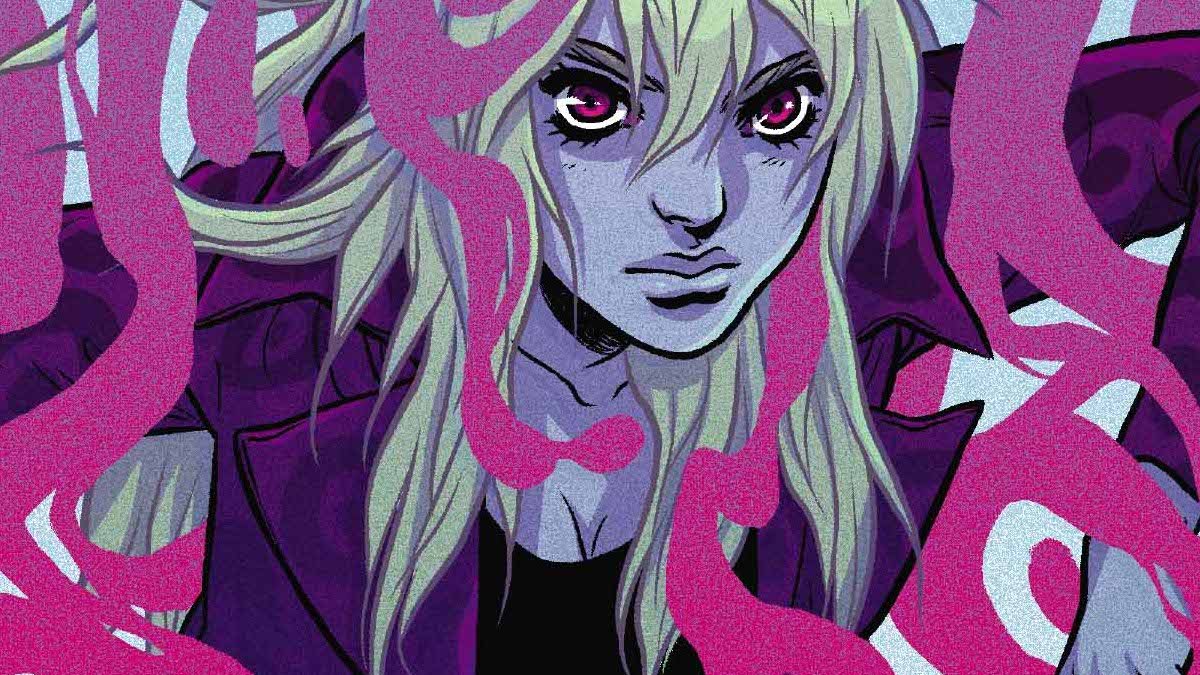 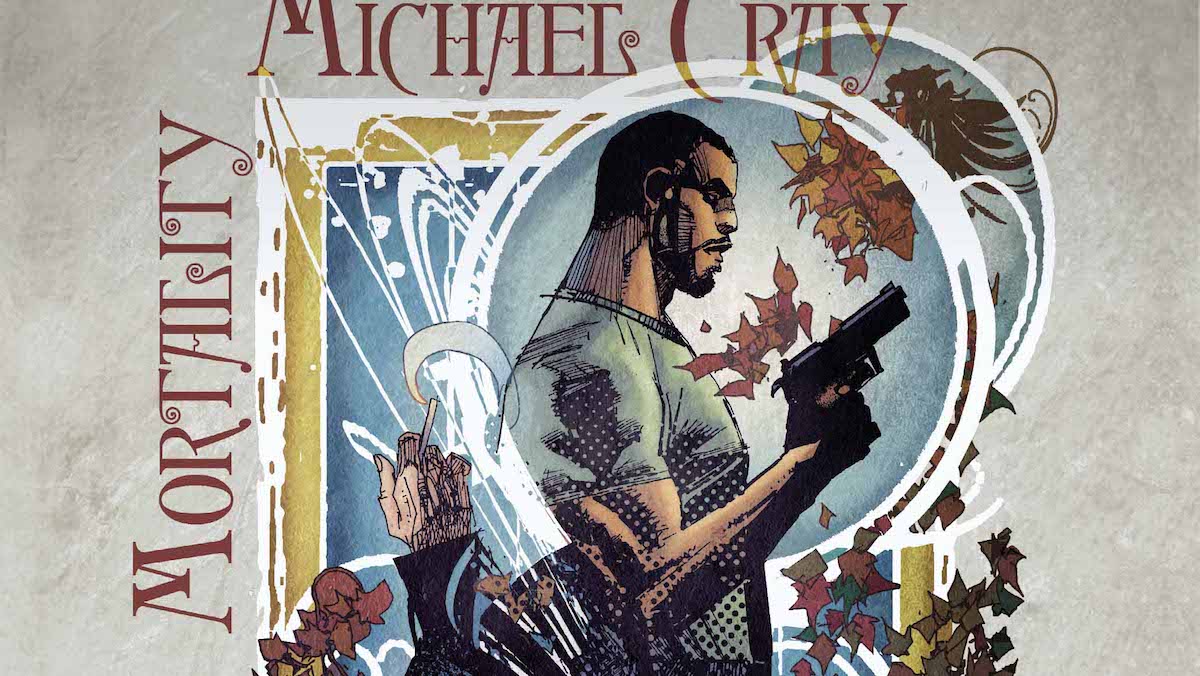