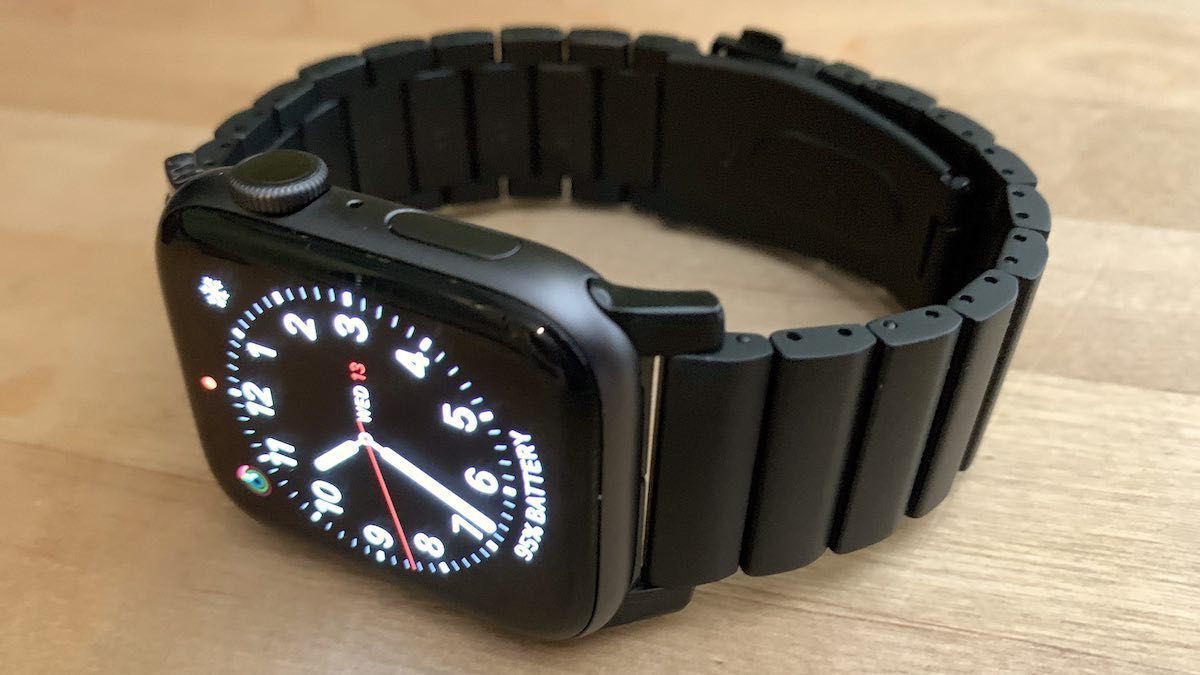 One of the great things about the Apple Watch—outside of its functionality—is the growing ecosystem of third-party accessories, especially bands. Apple offers a big assortment of its own bands, of course, but other companies have stepped with a vast selection to complement the basics. As a result, there is no other smartwatch you can buy that comes even close to the Apple Watch in terms of variety of replacement bands. One of the latest third-party options to hit store shelves is also one of the nicest: the Nomad Titanium Band for Apple Watch.

The first sign that this isn’t a basic Apple Watch band is the packaging. The Nomad Titanium Band arrives nicely boxed with embossed lettering on the package. Inside is the band itself (protected in a soft cloth bag) and a second cloth back containing an adjustment tool and spare pins.

My review unit was Space Gray (Silver is also available) that perfectly matches my 44mm Apple Watch Series 4. As the name suggests, this band is made of titanium. It has a lustrous finish—not shiny, but almost a silky matte if that makes sense. It’s light, smooth, and strong, and it looks fantastic.

A metal link band like this has to be physically modified in order to adjust the size. It arrives at maximum size, with 20 links. Tightening it means removing links. Nomad includes an adjustment tool specifically for this purpose, and although the process may seem a little intimidating, it’s actually very easy to do. I had to remove one link, and it took me maybe three or four minutes.

The process involved lying the strap flat on a small platform, then advancing a needle that pushes the pin out of a link, releasing it. There are dials to adjust the height of the platform and to advance the pin, and there are even arrows on the inside of the band to ensure you push the pins in the right direction. The process is oddly satisfying. It also prevents you from damaging the band’s finish by trying to poke pins out willy nilly using whatever sharp object you have on hand… Once the band is at the right size, you probably won’t have to repeat the process, but you have the bag to store the adjustment tool, spare pins, and any excess links.

Installing the Titanium Band is a slightly different process than most bands. Because this one is joined by a clasp instead of in two separate pieces, you slide both of the lugs into place at the same time rather than individually.

You will probably have to spend five minutes more than the typical Apple Watch band getting the Nomad Titanium Band adjusted and installed. But the extra effort is well worth it.

In my time wearing the Titanium Band, it’s never pinched my arm or caught a hair (something I was worried about with metal links). The clasp works perfectly and has never popped open. The spring-loaded release buttons have a precision feel to them. It’s heavier than most of my leather and silicone bands, but it doesn’t feel heavy to wear—just solid. And it really dresses up an Apple Watch, offering a decidedly luxurious look.

If you want to make your Apple Watch a little more upscale or dressy, the Nomad Titanium Band is a good way to do it. It looks fantastic, feels great, and it’s easy to adjust for a perfect fit. At $179.95, this is clearly a premium accessory, but that price is about half of what Apple charges for its Link Bracelet. It sounds a little trite to call that kind of expenditure a bargain, but considering the quality of what you’re getting and the price of the comparable version from Apple, the Nomad Titanium Band is actually a pretty good value.

If the Titanium Band is a bit over your budget, Nomad makes other premium Apple Watch bands—including ones made of really nice Horween leather—that are much more affordable.

Disclosure: Nomad provided a Titanium band for evaluation but had no input into this review. 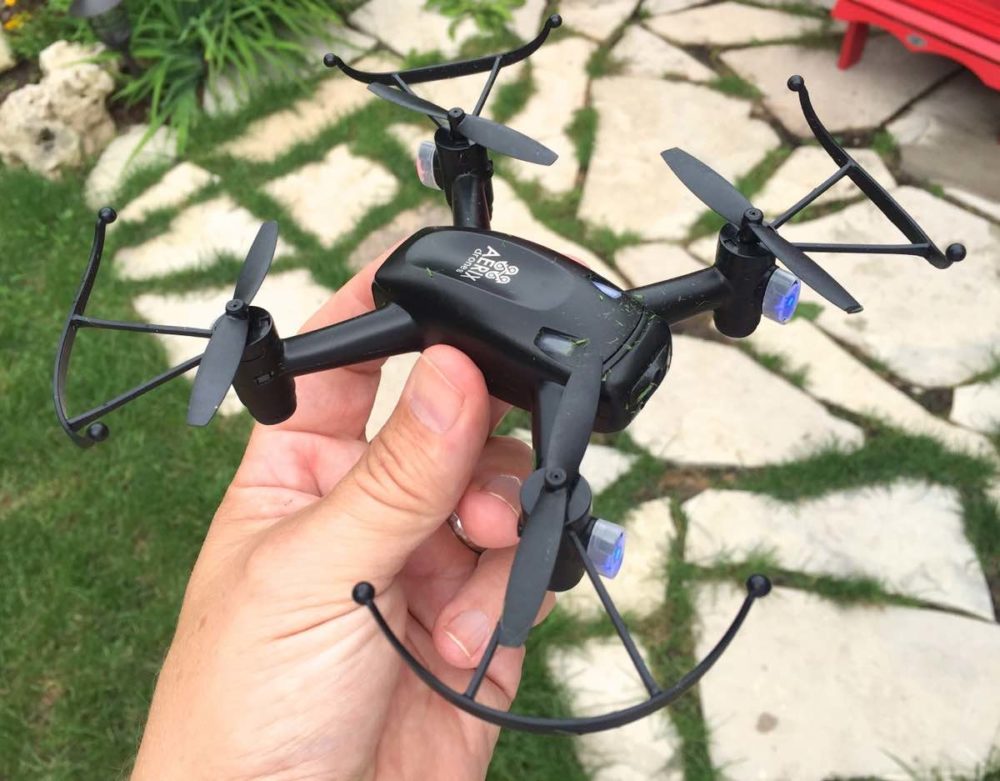 Aerix Black Talon Micro Drone: Fun for the Money, But Buy a Spare Battery and Blades 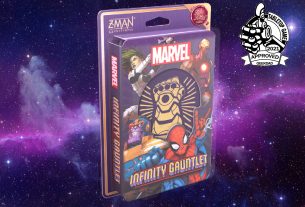 Playing ‘Infinity Gauntlet: A Love Letter Game’ Is a Snap