Corrina: End of the Quest

Ray: The conclusion of “Force Quest” in Flash #63 brings the whole world tour full circle as Barry finally discovers the horrible truth lurking behind the three new Forces – and harsh reality comes crashing into his life in a big way. When we last left off, Psych’s betrayal of Barry and Iris had inadvertently left the door open for the sadistic husband-wife villain duo Gemini to target them and steal their power. Before getting back to that story, Commander Cold and Detective Burns find themselves inside an eerie funhouse likely run by the original Trickster – one with dark ties to Cold’s future, apparently. We don’t get much of that story this issue, but there’s enough excitement going on in Zandia. With Psych and Barry quickly being drained, Iris tries to take the villains on personally and nearly gets killed in the process. With their backs up against the wall, Barry draws on what he’s learned from Wally about the Speed Force and makes one last-ditch attempt to get Psych to do the right thing and work with him.

It was a good idea, and while it does help to neutralize Gemini, Barry may have underestimated just how able Psych was to do anything halfway decent. He reveals himself pretty firmly to be a sadistic monster and essentially brain-fries one of the Gemini duo. This seems to neutralize the villains – but later in this issue it’s revealed the surviving one may be more dangerous than ever. The main takeaway from this issue, though, is what Psych and later the survivor of the Gorilla City massacre reveal about the nature of the Speed Force, Strength Force, Sage Force, Still Force – and maybe one more.

Much like we’ve seen in every book spinning out Dark Nights: Metal, the destruction of the Source Wall has created dozens of brewing conflicts that are primed to explode in 2019. But before Barry can deal with that, the horrible events at Sanctuary are made clear to him, and one of the hardest chapters of Barry Allen’s life begins immediately in the Flash Annual, released the same day.

Corrina: I liked the idea of the quest. I liked seeing the possible new heroes but, overall, it’s not clear what Barry has learned from it, save that the Forces are destined to fight with each other. They’re not allies, they’re enemies. And Barry himself doesn’t have a major revelation and nor does the relationship with Iris fundamentally change during the quest.

So while it was entertaining, and a nice look at the way each of the Forces work, “Force Quest” feels less substantial than it otherwise might.

The action in this particular issue is good, the final confrontation with Gemini had a fascinating twist that creates a whole new style of villain. And I expect Psych will likely be seen again. I’d hoped for more than “monster” from him, though, as someone with his background could be shades of gray. Still, it works with the Forces being in opposition to each other.

And, finally, we see Barry receive the news that Wally is apparently dead. And since this is a Flash book, I can’t help but be incredibly frustrated at Wally’s whole storyline since his return, which amounted to nothing. 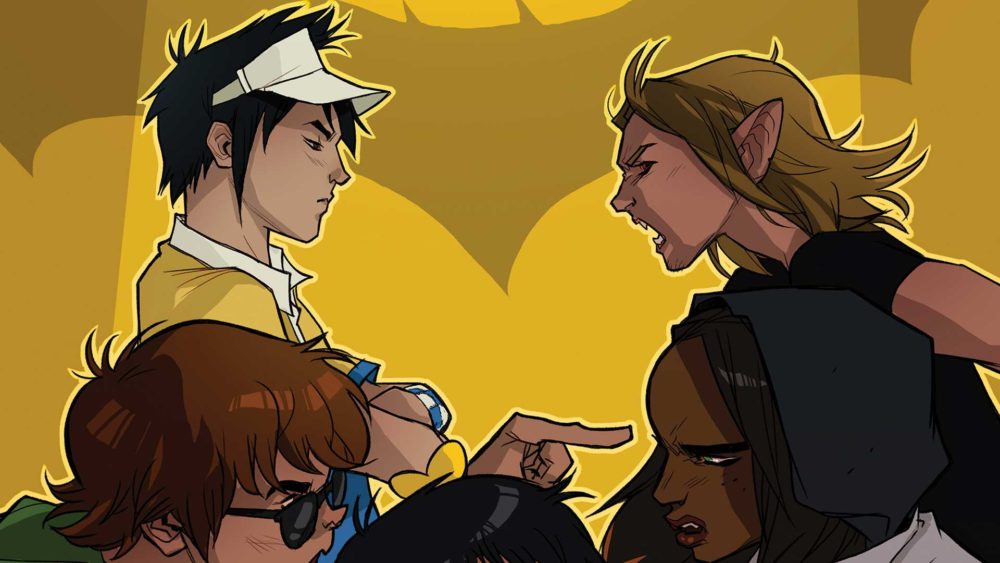