Corrina: Team Is a Bit Disjointed

Ray: Like its sister titles, Justice League Odyssey is a very ambitious title, creating an elaborate mythology that expands on the plot elements introduced by the breaking of the Source Wall. Unlike the other books, I’m not sure that mythology is coming together so far – and it’s not likely to, given that Josh Williamson is likely leaving after next issue. It primarily focuses on the three core heroes, Cyborg, Starfire, and Azrael, and their roles in the Ghost Sector where they’re seemingly all worshipped as Gods. This time it’s Cyborg’s turn, as the ship (including their late-coming ally Jessica Cruz) arrives on a world of machines with a massive statue devoted to Cyborg. He’s the most uncomfortable of all the heroes with the concept of being a God, which makes sense – he might have a Mother Box inside him, but he’s still a young man from Detroit at his core, and this issue’s best strength is how it never lets us forget that he’s a fish out of water here.

The greeting on the Machine planet turns dark in a hurry when Cyborg finds out that there have been many false messiahs on the planet – and so the leader’s main tactic for sorting them out seems to be putting them in an arena to fight for their life. Soon enough, Cyborg and Azrael are forced to face off and outfitted in high-tech armor. As their gladiator match goes down, Darkseid has his own mission as he encounters another enemy of the team – Blackfire, who based on her costume seems to be back to being a full villain, unlike the last time we saw her. Then there’s the X-factor of the mysterious figure in an old Azrael costume stalking him, and we get a little closer to answers on him. But while Philippe Briones’ art looks good, the story as a whole is a bit of a jumbled mess. It’s a high-tech, high-speed space adventure that’s fun to read but lacks the compelling long-game storytelling of the other new League titles.

Corrina: There are a ton of different mythologies at work here: Tamaran and their worship of X’hal; Cyborg and the Fourth World via his Mother Box; Azrael’s connection to a god of justice; and the whole Green Lantern mythos. Add in the entire mythology of the Ghost Sector, and you have material that could be a complete mess, if not handled properly.

It’s not a complete mess but it is enough of a mish-mosh, however, for the plot to not quite work.

Perhaps Williamson’s story would make more sense once it’s finished (if he finishes it), connecting all the dots, but that’s not happening yet and it leaves me scratching my head on deciding what’s the focus of the series. Should I be paying attention to Darkseid or Azrael’s AI suit and how it connects to his mission or Cyborg and the civilization that wants him to prove he is a god?

The story could overcome all this with character interactions that help show why we should care about this group as a team and as individuals, but that doesn’t happen, as too much time is spent on the mysteries/worldbuilding.

I might trust Williamson to wrap it up nicely. I’m more leery of the series now that I know he won’t finish it. 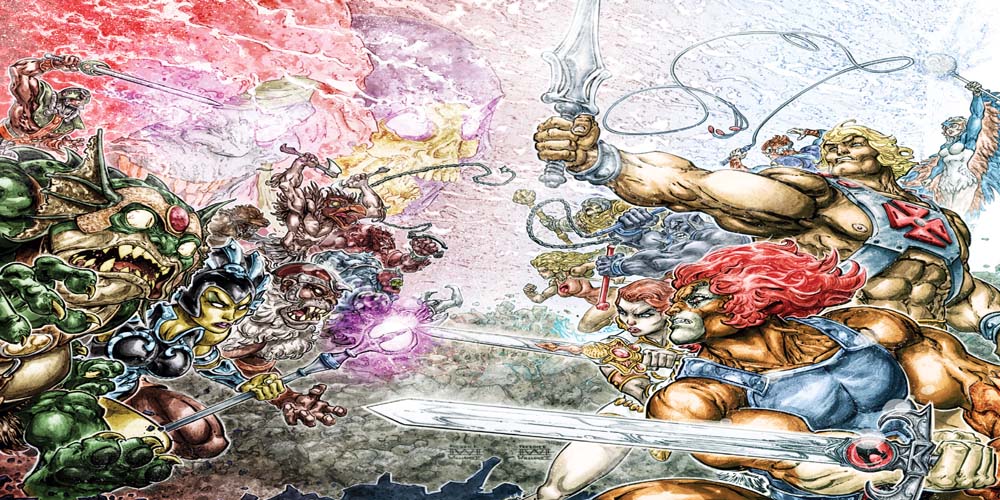