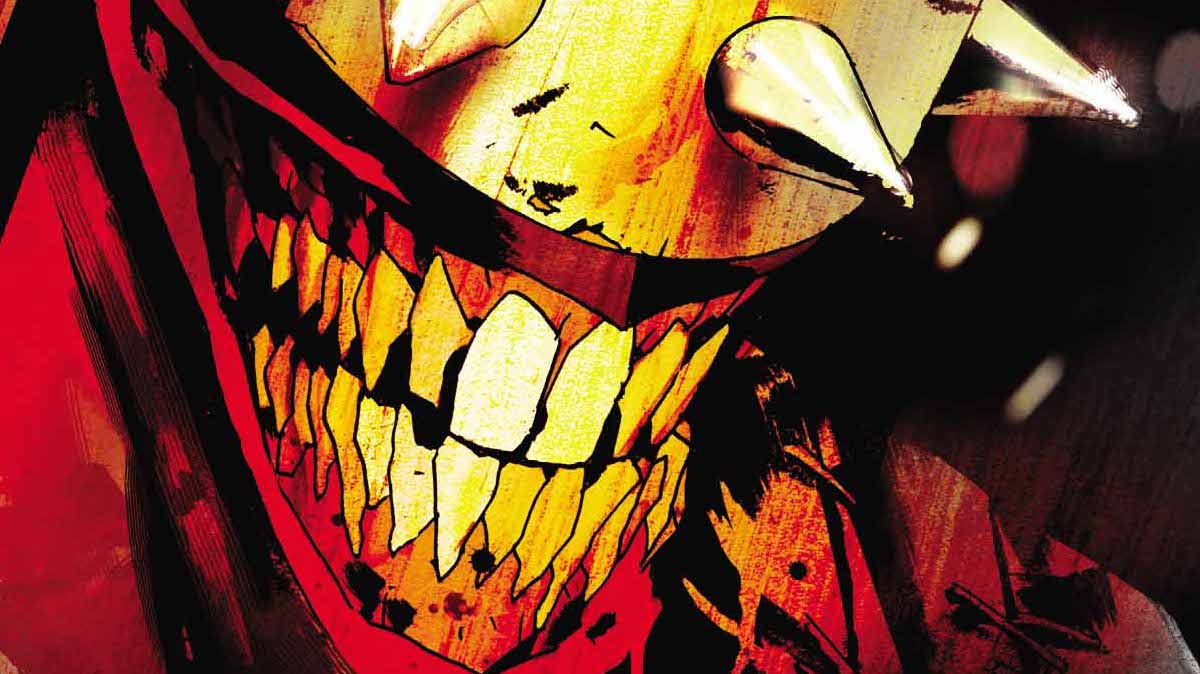 Ray: Scott Snyder returns to one of his most terrifying creations with his Black Mirror/Wytches collaborator Jock, as The Batman Who Laughs #1 launches with an issue far more fitting for Christmas than Halloween. The first third of the issue might actually confuse some people, as it’s very much not a horror comic. With a flashback to Bruce’s youth and his happiest moment, followed by a high-speed chase as Batman tracks down a group of Gotham grave-robbers, it’s really more a way to get us reacquainted with Snyder’s Batman. But then, the issue takes a very dark and strange twist as Bruce finds the cargo of the grave-robbers – and discovers the body of Bruce Wayne. Given the villain of this series’ ability to travel the Multiverse, it’s clear there’s many ways this could be true, but the details of this body seem very clearly designed to torture Bruce psychologically. Even before the Batman who Laughs appears in this issue, it’s clear how twisted he is and how far his reach goes.

The meat of the issue kicks off the second half, as Arkham Asylum comes under assault from a new, previously unseen evil Batman – known as the Grim Knight, he’s a heavily armored murderous maniac who guns down the members of Arkham’s staff to allow the Batman who Laughs into the gates – where he torches Mister Freeze and seemingly kills Joker. That Joker, of course, is a decoy. The real one knew this was coming and escaped long ago – leading to a spectacular confrontation in the Batcave as Joker pulls one more trick on Batman and seemingly brings a twisted prophecy to pass. Despite mostly keeping its title villain off-screen, this issue delivers a great Batman story with tension in every page. No one in the recent years before or after Snyder’s run has done a Joker story half as effective as Endgame, but in this miniseries, it seems clear that he still has one spectacular act to go for comics’ most iconic arch-enemies.

Corrina: My distaste for Joker stories is well-known. However, I didn’t hate this first issue. Snyder and Jock have always been a good team on Batman, and they show once again why with the beginning of this story, especially the central mystery regarding the doppelganger Bruce Wayne’s corpse.

I also like the idea of “whoever kills me, becomes the Joker” setup.

So, yes, if you like Joker stories, even with the presence of the Batman-Who-Laughs (who still looks ridiculous with the spike eyes, not terrifying. Sorry, Ray, I just snigger when I see the design), this is a good start.

But the last thing I’m personally up for is showing how the Batman can transform into the Joker for a while.(And the joke’s on me this week as this is not even close to the only appearance of the clown in Batman stories published today.) 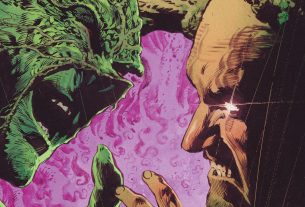 1 thought on “Review – The Batman Who Laughs #1: Twisted Reflections”