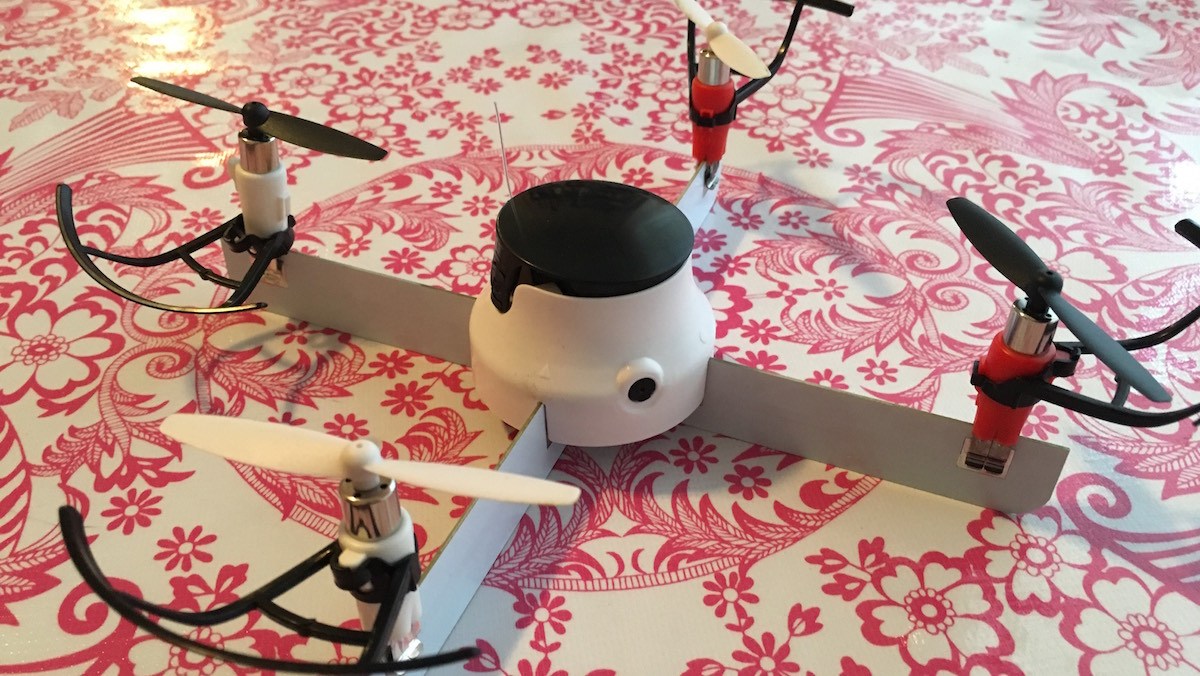 Circuit Scribe’s primary product — a pen that dispenses silver-filled conductive ink — has always seemed magical. No laying down of wires for a circuit: Just draw lines on a piece of paper to connect electronic components. The pen is one of the recommended ways to get people into electronics without dropping them straight into soldering.

But since I last looked, they’ve added a wide range of products to their store, with the latest being their Drone Builder Kit.

The kit has fewer components than you might imagine from the name, but it still requires assembly. There’s a hub that holds the flight controller, wifi access point, custom battery, and the 480p video camera; four propellers with detachable guards; and cardboard beams.

And a pen, naturally.

To connect the motors to the hub, use the pen to draw lines along the beams. (Don’t scribble to fill it in; I made that mistake despite the warning in the book. Fill in the area with close-set lines. Fortunately, the kit also includes ready-to-go struts you can use to troubleshoot or for when you’re feeling impatient.)

The hub and propellers clip on to the struts. Then you download the app, connect to the onboard wifi, and take off.

I’ve got a few entry-level quadcopters, and I have to say, the Circuit Scribe drone handles really well out of the box relative to the others. Push a button on the app screen, and the drone hops into the air. I’m not a fan of smartphone-based drone piloting software — though I acknowledge it keeps hardware costs down — but this one worked fairly well with my clumsy fingers, not lurching about as I moved farther than I intended.

Though the cardboard is sturdy, I wouldn’t take this quadcopter somewhere where the inevitable crashes could damage the arms. Think open spaces instead of tight quarters. The video footage is captured by your phone in real time, allowing you to get a drone’s eye view of the video it’s capturing and pilot accordingly.

Speaking of crashes, the fact that the motors clip on makes them very likely to come off when you bang into something. Again, not a problem in an open space, but I narrowly missed having to climb my neighbor’s fence when I drifted too close to one of his trees. And those clips aren’t a standard-issue item you can easily replace.

As $100 quadcopters go, the Circuit Scribe kit is a pretty solid entry with a good mix of features.

Circuit Scribe sent me a copy of the kit for review.

Did You Miss It? The Final Week of Maker Camp Is Here! 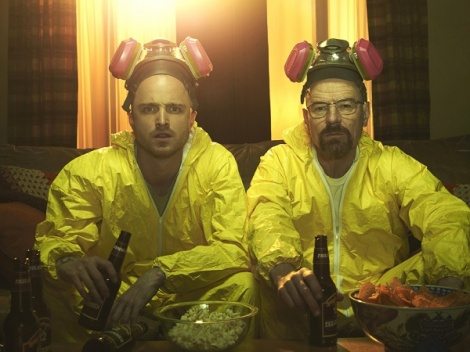