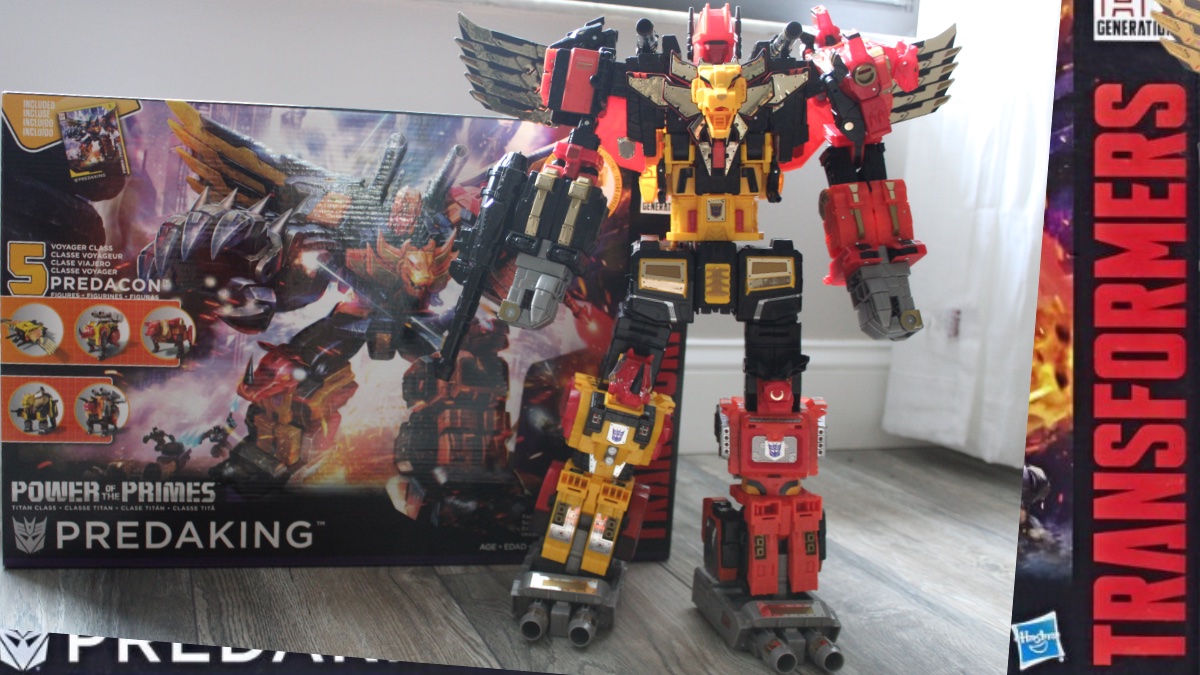 With Transformers Power of the Primes Predaking, Hasbro has once again made the ultimate centerpiece gift for any Transformers fan. Made up of five animal-alt-mode bots Razorclaw (lion), Rampage (panther), Torox (bull), Tantrum (rhino), and Divebomb (eagle), their combined form is as tall as the 2015 Devastator set, towering over nearly every other Transformer (except Fortress Maximus and Trypticon).

The color scheme sets the set apart as well, with an orange, black, and yellow deco that’s unique amongst the entire product line.

Predaking was designed way back in 1986 during Transformers’ combiner craze. It was this generation of toys that gave us all the classic combiners like Bruticus, Defensor, Superion, and more. However, unlike all of those teams, with their similar boxy structures and interchangeable limbs, Predaking was designed to be combined one way only. And his bulky component bots were like nothing else in the entirety of G1 (not surprising since this was the only design of Gundam designer Mika Akitaka’s to be produced by Hasbro). Compared to the other spindly combiner teams, Predaking was imposing, massive, and an instant favorite.

Back to the Future

As I’ve mentioned before, Hasbro’s current designers are obviously fans of old-school Transformers. There have been other, less successful interpretations of Predaking in other toy lines, but the Power of the Primes set is almost slavishly faithful to its predecessor. It’s the toy you remember the original toy being (even if the original toy now looks a little goofy when seen through a modern lense).

The black chest piece on Headstrong that mimics the design element created by the original’s transformation process (the black chest were his hidden rhino feet).

They even painted one interior panel for Divebomb orange so that it would look the same in arm mode (again, mimicking transformation elements that were in the original but not in the modern toy).

When you see the combiners side-by-side especially, it’s astounding how similar the design of the two toys feels.

What’s nice, however, is that you need exactly none of that knowledge to enjoy PotP Predaking. If all you know is that it’s a set of giant honkin’ Transformers that combine into an even bigger Transformer.

Each component of Predaking is a complete toy on its own. I really like how all the combiner pieces are tucked away or incorporated into weapons (the fists fit into the bottom of the feet and are carried, boombox style, by Torox and Headstrong). Not every bot mode is perfect – Razorclaw ends up being 25% lion head and Divebomb is a little back-heavy due to his winged backpack, but their alt modes are where the real fun is at. Each beast has an impressive amount of heft, more than enough to terrorize all of your Autobots (and as heavy as G1, even considering the die-cast construction of the original).

Combined as Predaking, the poseability and sturdiness of the figure is unparalleled. Due to the unique slot system employed here (and on no other modern Transformers combiner), limbs don’t pop off, allowing all kinds of dynamic poses, mostly unattainable by all other Transformers combiners.

I do wish that they’d been able to figure out a way to give Predaking his giant sword. The Platinum Edition G1 reissue has a great repurposed blade that was perfect for the character. At the same time, it would have been one loose accessory in a set of toys that abhors non-essential plastic. I’m sure the third-party market will pick up the slack for all those adult collectors out there who can’t abide a sword-less Predaking.

Speaking of third party, I’d be remiss if I didn’t mention the amazing Reprolabels sets from Toyhax. All of my Predaking pics were taken after I applied their deco sets (there are two, one for Rampage, one for all the other Predaking bots).

Their designers took their cue from the original toys as well, adding deco that the modern toy lacked or simply enhancing what was already there. I’m particularly fond of the shinier gold stickers with raised ink rivets that they used for Razorclaw’s mane. It’s astounding in person.

Be The Favorite Parent This Holiday Season

If your child is a Transformers fan, they need this set. If you know a Transformers collector that doesn’t have this yet, they need to get it (and grab the Reprolabels too). At $159, the Transformers Power of the Primes Predaking box set isn’t the cheapest Transformer you can get, but it’s most definitely the best. Pick it up at Amazon today.

Hail to the King, baby.

Thanks to Hasbro for providing a Predaking set for review. Opinions (and G1 set) are my own. 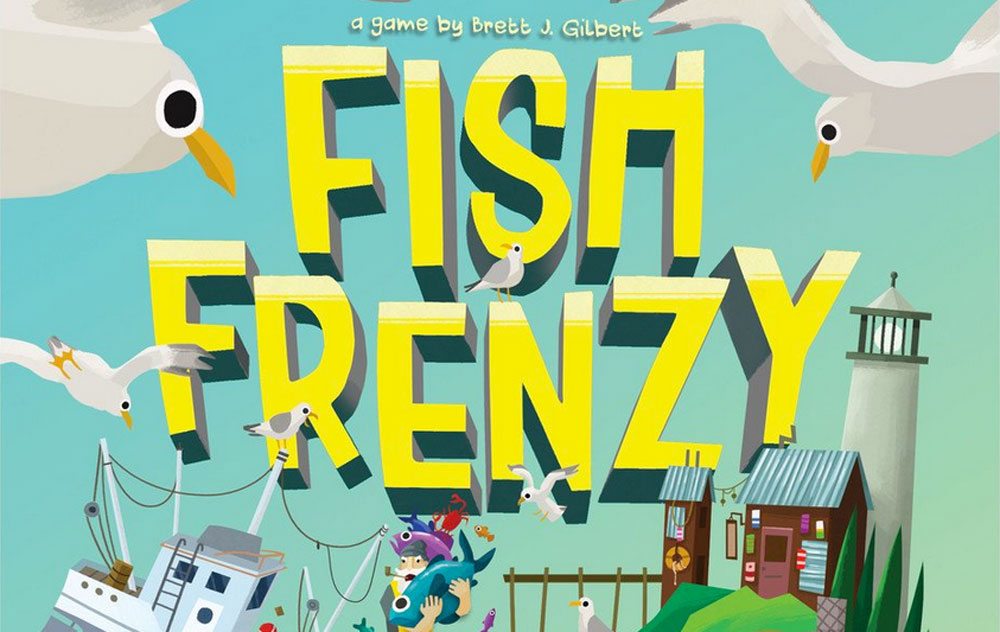 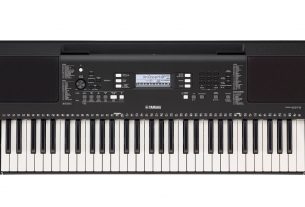