Ray: Scooby Apocalypse obviously takes its inspiration from The Walking Dead, a soap opera that combines personal drama with punctuations of ultraviolence from zombies or nanite-monsters. That comparison is never clearer now that Fred Jones has returned as a Nanite-infected monster leader obsessed with getting his former fiancee back under his thrall – and turning her into a monster like him in Scooby Apocalypse #31.

Daphne’s odd friendship with Scrappy-Doo is the only reason she survives, as the genetically engineered dog massacres an army of monsters to protect her. She does wind up with a nasty facial scar, though, perfect for maximum angst. The introduction of Fred’s reanimated corpse as the new big bad of the series has given the series a burst of intensity, but the series has done very little to make us care about the humans in this series so far.

There are two other major subplots running through this book. The first is actually pretty effective – Scooby Doo’s sudden boost of intelligence. The dog spends most of his time in the library now, but his friend Cliffy is nervous about his new intelligence, worrying that his friend will turn on him just like his old friends did when they transformed. Under all the zombie chaos, this boy-and-his-dog story has been the most effective part of the series.

The reveal that Velma is pregnant and that’s been the reason behind her mood swings…less so. We do get a surprise revelation about the next major villain of the series by the end.

The backup, continuing the story of Atom Ant and a talking plant’s audition for the Justice League, continues to be funnier than anything else in the title, although it suffers from a little too much snarky and sleazy dialogue. We get it, Atom Ant is hot for Wonder Woman. The Giganta appearance is fun, but it’s a bit too much of a one-joke story. But Gnort is here! 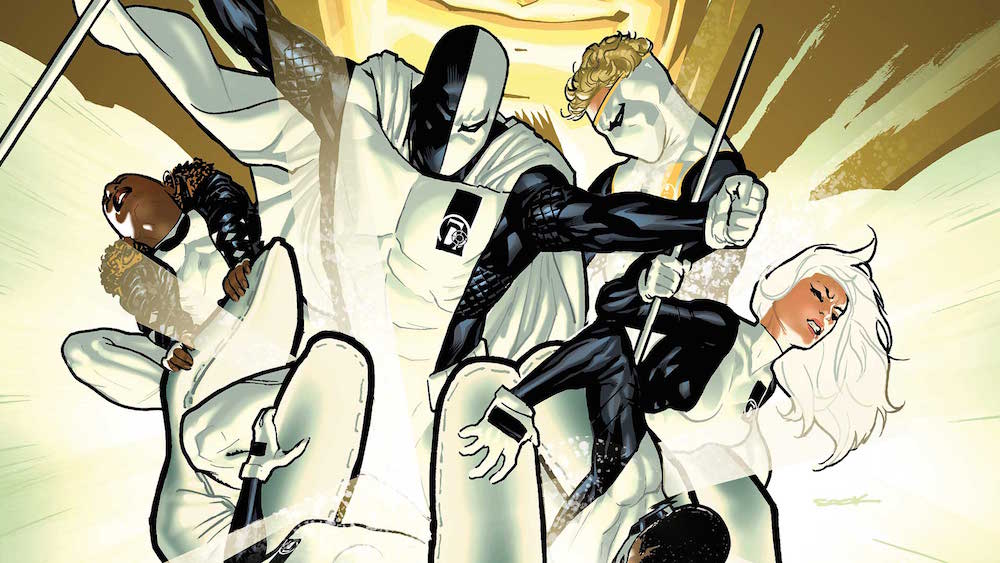