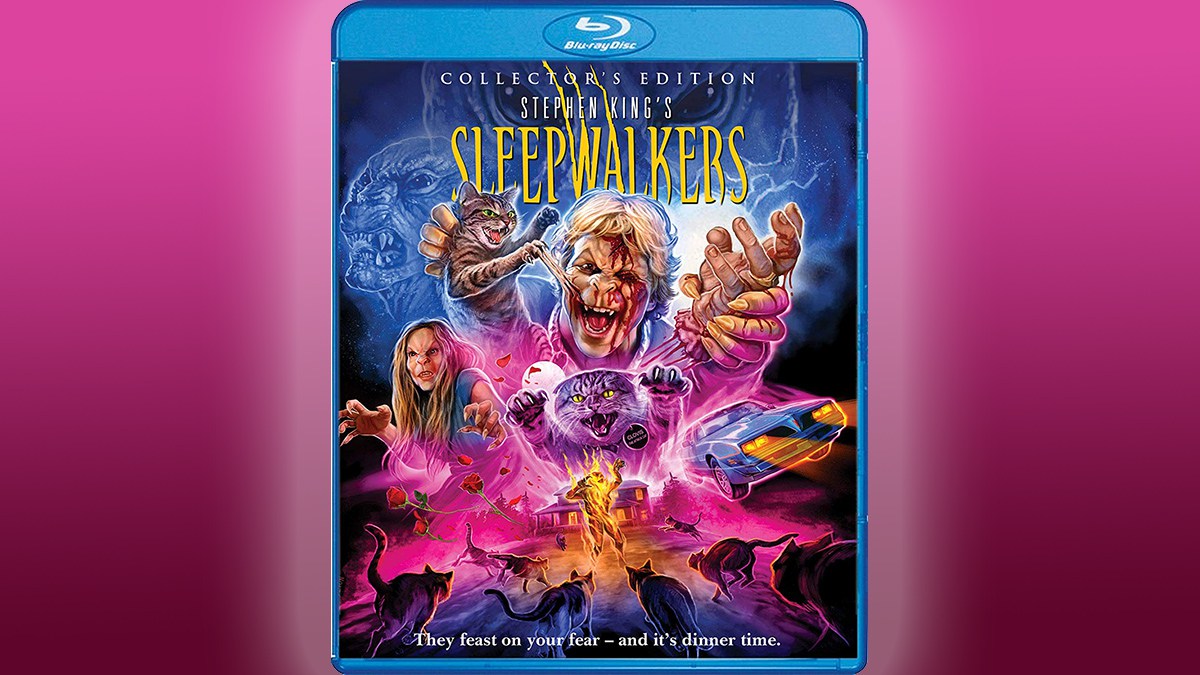 When you think of “the master of horror,” Stephen King, I’m sure your mind immediately goes to It, Pet Semetary, The Stand, or any other number of classic horror titles. But what I’m here to argue is, why isn’t Sleepwalkers included in that list? This ’90s cult classic was #1 at the box office when it was released, deftly balances the double threat of horror and humor, and oh yeah, features giant anthropomorphic cat-like monsters who are only defeated by…cats!!! Yes! Fortunately, on November 6th, 2018, the fine folks over at Scream Factory released a new Collector’s Edition Blu-ray of Sleepwalkers fans of this forgotten gem can truly appreciate.

Whether you’re a longtime fan or new to the movie, there’s plenty to love from the new Blu-ray. In addition to the traditional bonus features, Scream Factory includes four new interview featurettes, behind-the-scenes footage, and new audio commentary with director Mick Garris and actors Mädchen Amick and Brian Krause. Thanks to these new special features, here’s nine things I learned about Stephen King’s Sleepwalkers:

There’s tons more to learn and love about Sleepwalkers, and it gets better with every viewing. Go pick up your own copy of the Collector’s Edition Blu-ray today!

Disclaimer: I received a review copy of this movie. All opinions are my own. Meow!