These small-time crooks in the wild west have big dreams: maybe someday they’ll pull off a great train robbery, or at least hold up a stagecoach. The best (worst?) will earn the coveted title of Most Wanted.

What Is Most Wanted?

Most Wanted is a game for 2 to 8 players, ages 8 and up, and takes about 15–35 minutes to play. It retails for $34.99 and is available now in stores, directly from North Star Games, or from Amazon. The outlaw theme notwithstanding, the game is family-friendly and involves simplified poker hands as part of the gameplay; I think the age rating is about right, and the game length varies depending on how many players you have.

The board itself is made to look like a wooden wall with a wanted poster at the top, layered over many other posters that form the track. The spaces are wide but not deep, and if you have several standees on the same space, it can be easy to knock them over while moving them. That’s probably my only real complaint about the components, because some of the standees are very wide but still use a tiny standard plastic base, making them prone to tipping.

The deck is a modified poker deck: it only contains numbers from 6 through Ace, and there are two copies of every card. They’re made to look a bit weathered and water-stained, and the face cards are all custom illustrations by Mimi Stanton-Gullak and Khia Jackson that are a lot of fun. The 6 cards show a pair of six-shooters, tied to a special gameplay rule. Instead of just black and red, the four suits are black, red, blue, and green—but still in the traditional spades, hearts, diamonds, and clubs.

The character designs by Andy Barry, seen on the character cards and the standees, are pretty cute, and have funny names like Dyn-o-Mike and Bullseye Betty, but the crowd favorite seems to be Sister Chuck, the nun. (She has nun-chucks.) The character cards also have a handy reminder about the ranking of poker hands.

The action cards are oversized cards with an illustration, a card number requirement to use the action, and the reward/penalty at the bottom. Once you know how the card is laid out, it’s pretty easy to interpret them.

There’s also a fun hidden bonus, but you’ll have to look for it.

How to Play Most Wanted

The goal of the game is reach the top of the scoring track, becoming the “Most Wanted” outlaw.

Give each player a character card, and place the matching standee near the bottom of the board. Shuffle the deck and deal 5 cards to each player. Place the money bag tokens nearby in a supply. Place the action cards next to the board; for the three robbery cards, make sure the side with the lower reward is face-up.

On your turn, you pick one of the action cards, and then spend the cards to take the action. Some actions are just for you; some of the actions allow any number of players to take part. The duel is a special action that is for two players. After taking an action, everyone who spent cards draws back up to a hand of 5 cards.

The robbery actions are for any number of players:

If you take any of these actions, you play the required number cards face-down and announce which action you’re taking. Any other players may also join in by playing cards face-down. Once everyone has decided, the cards are revealed, and whoever has the best poker hand wins the reward, moving up the track. If you took part and you did not win, you must pay your bail, which is the number printed on your current space of the track. If you can’t afford your bail, you move backward on the track for each dollar you can’t pay.

The poker hands are simplified, removing full house, flush, and straight, since it only goes up to a 4-card poker hand. The ranking is:

In case of a tie, the tied players play a single card hand. If still tied, you continue playing single card hands. If somebody runs out of cards, they must withdraw (and pay bail).

Two actions are just for you:

Finally, the duel action lets you pick one other player and challenge them to a duel, playing either a 1-card or 2-card hand (your choice). The winner’s reward is to move up as many spaces as the loser’s current bail amount. The loser must pay bail.

When you need to shuffle the deck, you start flipping over the robbery action cards, which makes them more valuable. You start with the Pony Express (the lowest-valued robbery) and flip one each time the deck is shuffled, until all three are flipped to their more valuable side.

The game ends immediately when any player reaches the Most Wanted space at the top of the board, winning the game.

The three non-robbery cards have alternate actions on the back, in case you want to mix things up a little bit. There are also other action cards that can be added or substituted—for instance, a bank robbery that requires 5 cards and allows for all traditional poker hands (like flush, straight, and full house).

Why You Should Play Most Wanted

Most Wanted takes 5-card draw poker and boils it down to its basics: construct a hand, see who has the best hand, score. There’s still a bit of bluffing and betting of a sort, but it’s quick and light. The outlaw theme is nicely done, connecting poker with images of saloons and the wild west, though there’s not really an explanation for why outlaws would be competing with poker hands to rob trains.

When you start the game and you have no infamy yet, you can take bigger risks: sure, why not get in on every robbery attempt? After all, if you fail, you’ve got nothing to lose—your bail is 0, and you can’t slide any farther back. As you gain infamy, though, your bail increases, which makes losing more costly. You can bluff and play a hand of nothing to rob a train; other players have to decide whether you actually have a good 4-card hand, or if you’re just cycling cards for something better.

The only way to get money (in the starting setup, at least) is to do some honest labor, which has a dual purpose: you make some cash to pay bail, and you can cycle your cards. Since the starting game doesn’t count flushes, there’s no downside to dumping cards of the same suit. Get enough cash, and you don’t have to worry about losing a hand because you can always just pay it off without sliding back on the infamy track. Going to church helps set you up for the next robbery—you don’t make any money, but you can cycle card and also have a bigger hand temporarily.

The duel is a nice way to take down the leader and works as a nice catchup mechanic, because the reward for winning a duel is the opponent’s bail. If you’re not even on the board, you could duel anyone at no risk: if they win, they get nothing; if they lose, they have to pay bail. Once you’re on the board, though, you do have to be careful challenging the leader to a duel, because I’ve seen some players take the win after winning a few duels meant to pull them back.

There is, of course, some luck involved, and it is possible to just have lousy hands over and over again, even after spending turns to cycle cards. But, as in poker, sometimes it’s not just about having the best hand—it’s about convincing people that you have the best hand. I also like that the 6 cards, now the lowest cards in the deck, can be used to beat the best hand—but again, it only works in some instances, and being able to predict your opponents is key.

The game plays pretty quickly and there’s not a lot of downtime, because either you’re taking a quick action (honest labor or church) or else you’re likely attempting a robbery, which lets everyone participate. I like the fact that most turns can involve a lot of players. Adding more players doesn’t necessarily slow down the game, but it does mean it’s a longer time to your turn if you really just want to use the church or honest labor actions to get more cards.

The variant cards have been fun to try out, too, just because they change up your options a little. Dishonest labor lets you bluff when you discard cards to get money—if nobody challenges you, you get your money even if your cards aren’t the same suit. If you get caught lying, you have to split the dough with the people who caught you. And if somebody challenges you when you were telling the truth? They lose their next turn. It introduces some more bluffing, which opens up some new tactics, though it does lengthen the game a little.

Overall, I’ve enjoyed playing Most Wanted with both adults and kids. The rules are easy enough to pick up that you can jump into a game quickly, but the other action tiles can be used to add more depth, too. If you play a lot of poker, Most Wanted probably won’t replace that for you, even if you throw in the bank robbery that opens it up to 5-card hands. I think it’s more for those who like the idea of poker and hand rankings but want something that’s not quite as intense. Since the rewards for the robberies are set by the game, you don’t have to figure out how much you want to bet—you just decide whether you’re in or out.

Look for Most Wanted in stores or online—it was just released this week! 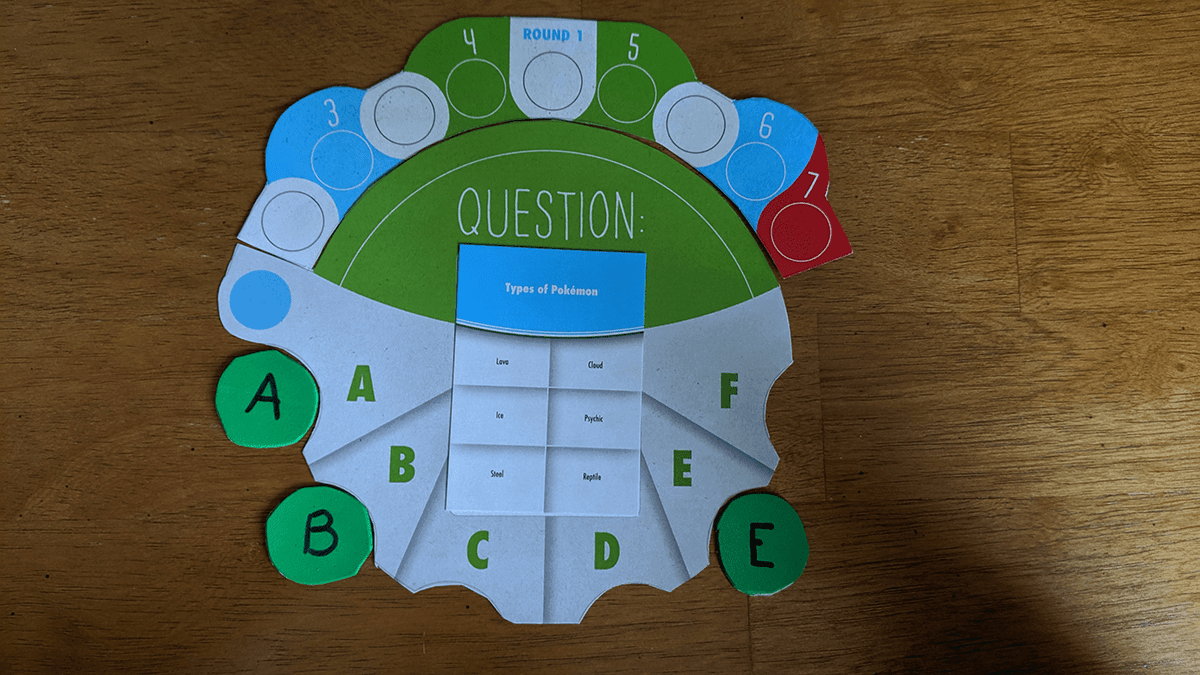 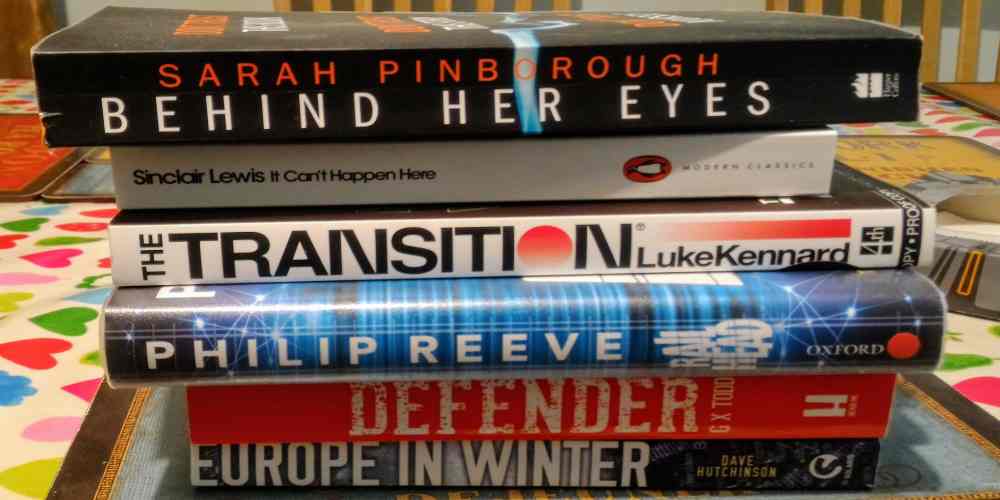