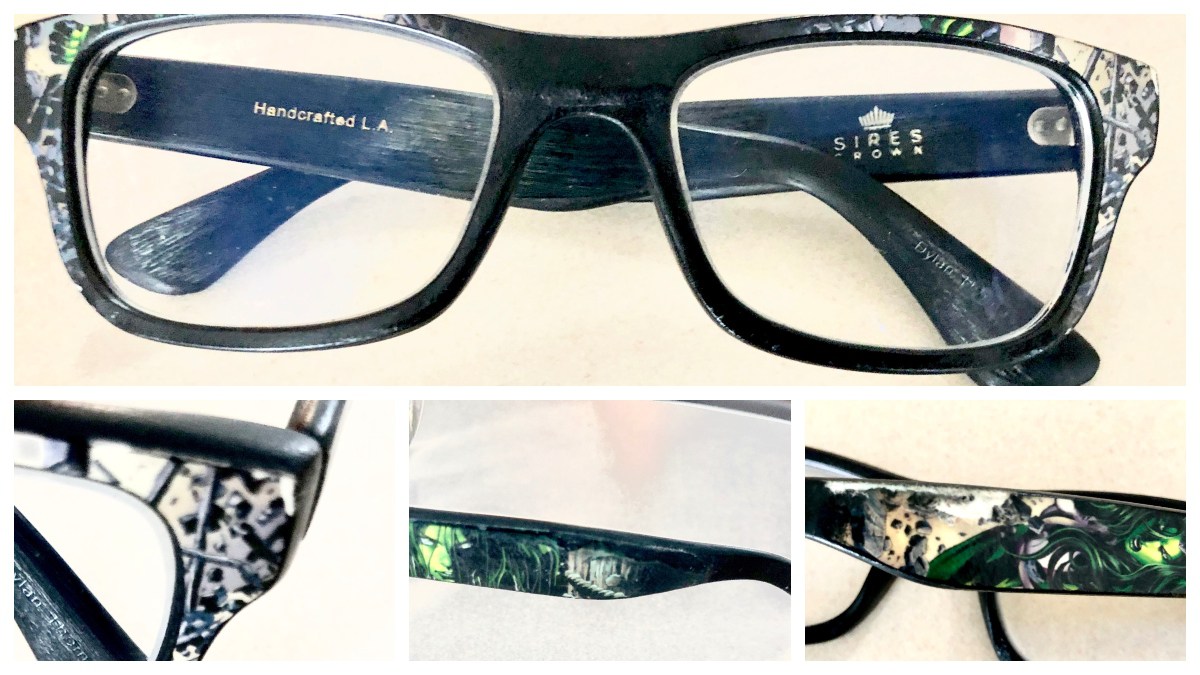 Sometimes, we want to love a thing. After all, we’re geeks; we’re passionate. If there’s one thing I’ve learned about being a geek girl, it’s that my external presentation is part of my identity. It sounds shallow that how I look would be tied to my sense of identity, but, let’s be honest, all those nerdy clothing companies wouldn’t be making money if it wasn’t true. So, as someone who’s worn glasses since she was 8 years old, coming across Sire’s Crown at NYCC in 2014 felt like a dream come true.

Until it became a nightmare.

Who Is Sire’s Crown?

Sire’s Crown is a chic eyewear company with handmade wood frames. However, their big “sell” is the comic book frames that they hawk at the conventions.

When I first saw these eyeglasses, I fell in love. It was love at first sight. Do you remember that feeling you got in your stomach when you met your first love? That feeling tingle of excitement mixed with obsession? That feeling.

For the four days I spent at NYCC 2014, I thought about these glasses. We were in a financial crunch. We didn’t really have the money for me to buy new glasses.

But I really, really wanted them. Finally, on Sunday, I went back and made the purchase.

Strike One: Getting the Glasses

In 2014, Sire’s Crown was a small eight-person company. The comics glasses were new. They weren’t prepared for the vast number of nerd purchases at NYCC.

The glasses that they said would take three weeks took six.

Ok, that’s fine. Things happen. (And, in their defense, when I gave them a second chance to prove themselves three years later, the order did come faster.)

I’m all for shabby chic in furniture, but when my eyewear that lives on my face is looking pretty gross, I get upset. Also, as someone who’s worn glasses for 32 years, I’ve never had them fall apart that quickly, particularly not when they were over $100 with the “convention discount.”

As I said, we were strapped for cash at the time. I emailed the company about them falling apart. After waiting a few days, I texted the number of my contact. The Sires response?

If I were an actual cartoon character, I’d have done a spit take right about there. I’ve worn classes for 32 years and never, ever has that been a response to a problem with frames. Not once.

What ensued was an ongoing every-six-weeks back and forth where the glasses would degrade, then I’d send them back, then Sire’s Crown would “fix” them, and then send them back. At one point, my kiddo and I won a lottery to be on The Today Show and see the Avengers cast in person. Knowing I was going to be on national television, at a point during which the glasses had degraded again (this was the second round), I tried to explain that I didn’t want to look terrible on national television wearing their glasses.

SIre’s Crown managed, after several emails and texts back and forth, a different frame and new lenses to wear.

Because, yes, every time the frames fell apart, I had to revert to outdated lenses because I didn’t have a backup pair.

And yet, I loved the frames. I loved the compliments because they were unique. They were an external expression of everything I love about being a geek.

I waited three years to get another eye exam because I loved the idea of these frames so much.

However, as any glasses-wearing-person-with-terrible-eyesight knows, after a while, you start to get headaches from outdated prescriptions. Lenses start to get scratched. It’s a thing.

At every turn with the first pair, Sire’s Crown told me they were trying new ways to make the glasses. As a small business owner myself, I decided to support another small business and give them a second chance.

It was a terrible life decision.

Look, I know not every company that makes geeky products is a geek. I’m not a gatekeeper because I’m not hardcore about much. When I went to NYCC 2017, I slinked to the Sires booth. I needed new frames. I needed new lenses.

Perusing the line, I found a pair that I liked—a Batgirl pair.

But, I looked at them and realized, “Oh lord. She’s conspicuously putting on makeup. Dear sweet fancy goodness, that’s the opposite of what a geek girl wants.”

At this point, I realized that the company is not clued into geek girl culture at all.

But, of course, Karen, thy name is vanity. I gently informed them that having a primary female geek heroine putting on makeup as the frame’s primary image was antithetical to most of the female geek culture. Look, I don’t mind being prosocial.

After a brief consultation, I realized they had a She-Hulk print. Although much of the art included a hyper-sexualized boobtastical She-Hulk and no Jennifer Walters, I still gave in to my desire to represent my geek identity on my face.

This time, however, the glasses had less comic print on them, avoiding the high pH areas of the nose and around the eyes. The art was limited to the frames’ arms and the top of the frames near the eyebrows.

Arriving two weeks later, I promptly social-media’d my new look. I felt confident that the two years of production had increased the quality and process.

Elated, I wore the glasses like one does when they only have a single pair. Every day. Although garnering fewer compliments than the first pair, these made me feel like a superheroine.

Until, by June, I noticed that the art began peeling. Again.

When I contacted Sires Crown, the response was:

Look, y’all, I’ve had a variety of glasses in my 32 years of wearing frames. Not once has my hair been the problem.

Once more, they offered to fix them if I sent them back, waited for the repairs, and have them returned. Once again, I pointed out that I have really bad eyesight and only one pair of glasses.

I used some black Sharpie to cover up the white, buckled paper then slathered them with a bit of clear polish. I promised myself I’d never buy another pair. I don’t have long hair. Both sides of my head are shaved—basically a Mohawk haircut. My hair is only a small part of the quality issue.

In July, we got caught in a crazy rainstorm. Out of the blue, in the middle of an outdoor concert, the skies opened up a deluge. As we ran to the car, the pelting rain soaked us. All of us—husband, child, dogs—looked like we had just stepped out of the shower.

And two weeks later, I noticed that the glasses had gotten worse. The sides of one earpiece peeled in huge chunks. The front began to peel off.

My glasses had, for all intents and purposes, fallen apart because I wash my hair and got caught in a rainstorm—all within 10 months.

As far as I’m concerned, however, a company that creates a product specifically geared to geeks that causes us more strife isn’t a product I can support.

Moreover, everywhere I look, they have a 5-star rating. Go ahead. Google Sires Crown Review.

The wood frames hold up well. They’re beautifully crafted, and even my high-end upper-middle-class suburb eyewear store loves that part.

I thought long and hard about whether I should write this post. I reached out to GeekMoms and GeekDads about whether this was the right thing to do. I hate feeling like I’m betraying a small company brethren.

Sires Crown specifically attends international comic conventions to sell their product, relying on us geeks to help support them.

When I saw that, I realized remaining quiet made me complicit in this con at the Con. I can’t be Jefferson (“I am complicit in watching him grabbing at power and kissin’ it”). I can’t just stand by watching a company that doesn’t understand the problems that exist in our community then sell us something because they are the only company offering it.

Click through to read all of “Sires Crown and NYCC: Feeling Conned After the Con” at GeekMom.If you value content from GeekMom, please support us via Patreon or use this link to shop at Amazon. Thanks! 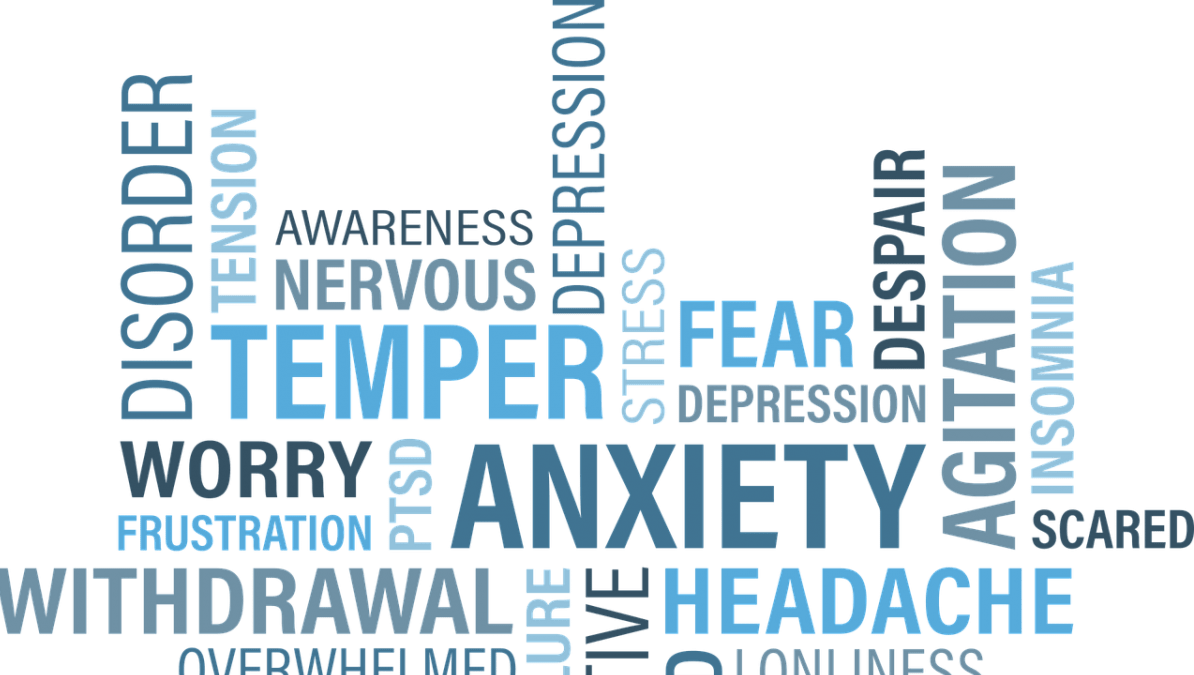 7 Things People With Chronic Illness Want You to Say 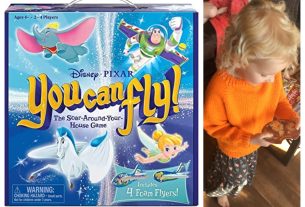