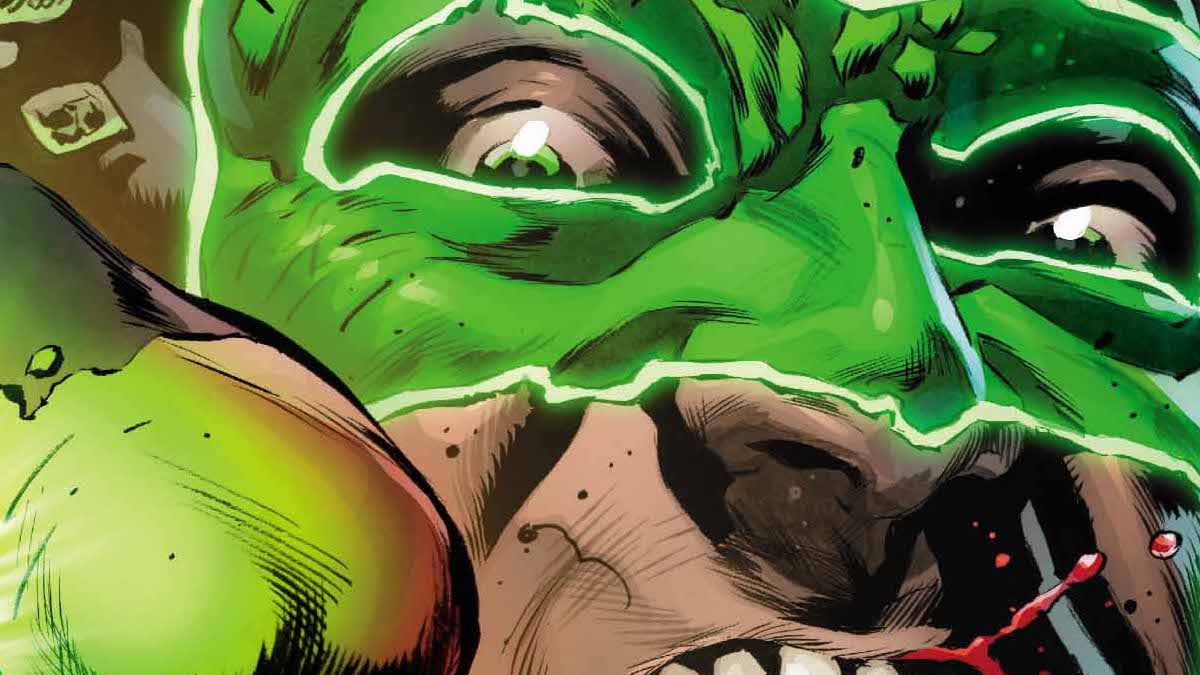 Ray: Dan Jurgens heads towards the end of his Green Lanterns run in advance of a big relaunch by Grant Morrison and Jessica Cruz heading off to Justice League Odyssey, and he’s chosen his original supervillain, Cyborg Superman, to bring it to a close.

When we last left off, the Green Lanterns had been cleaning up the disaster caused by the Ravagers and the mysterious Eon but were deserted by Simon Baz mid-fight. That was because Baz got a sudden message from Earth, claiming to be from a trapped Superman. As the issue opens, Hal is helping to resettle the survivors of Penelo on a new water planet, but none of the Lanterns are sure what happened to Simon. Guy is still convinced he’s a traitor, but Jessica refuses to give up her faith in her partner. Simon, meanwhile, is on earth desperately trying to break through the door of the Fortress of Solitude. He eventually pushes through – and is met by Kelex, who views him as an intruder. After “Superman” encourages him to smash the protective robot, he takes it out and heads for the gate.

I think my biggest issue with this story is just how much of a sucker Simon seems like at times. Yes, there’s obviously a very elaborate scheme at play here, but he still follows “Superman’s” orders with way too little suspicion. He lets the Cyborg Superman out and quickly finds himself under attack.

The issue takes a big turn for the exciting when it is revealed that this is all the work of an element that hasn’t been used since Humphries’ run – the Phantom Ring. This mysterious, invisible ring has essentially been hijacking Simon’s ring on the Cyborg Superman’s orders. It was responsible for killing the Guardian, and it was screwing up communication between the Lanterns. This is a good twist that gives Simon an out for his actions and sets up the final showdown on Mogo. The end of the issue may be a bit controversial, as it brings back an element of Simon’s character that people were very split on. It could be read as a symbol of his determination to fix the mess he helped cause, or it could be seen as unfortunate implications. Either way, hoping for a strong finish to what might be Jurgens’ final say on his most iconic villain.