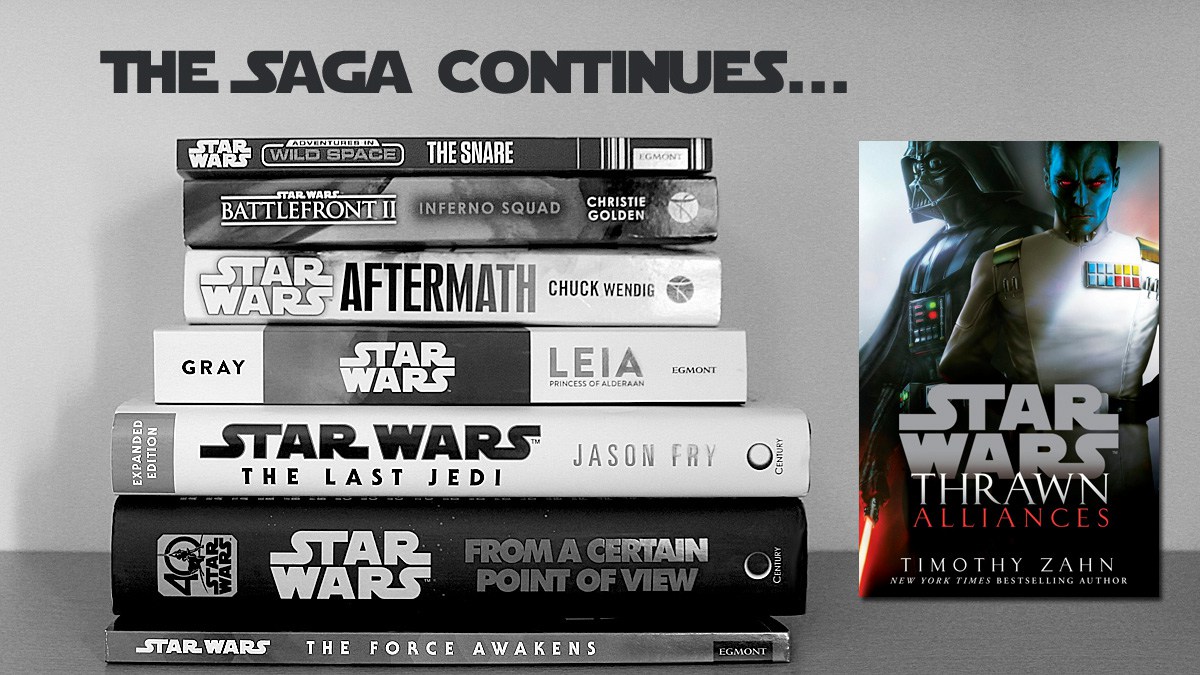 The Saga Continues is a post series that explores the Star Wars new canon. Thrawn: Alliances is the second Grand Admiral Thrawn novel in the new canon and is authored by Timothy Zahn, who also introduced the character in the Legends canon back in 1991.

When I read Thrawn last year, it was my first introduction to the character as I had never read any of the Legends books which starred him, nor watched Star Wars: Rebels. Since then I had rectified the latter by watching all four seasons of Rebels and so I was much more excited to read this sequel than I had been the original book, which I had picked up purely for completionist reasons. Perhaps partly due to this, I ended up enjoying Thrawn: Alliances far more than I did the first book.

Thrawn: Alliances takes place over two different time periods with two separate but linked stories taking place, one in each time period. The first story is set during The Clone Wars and the second between seasons three and four of Star Wars: Rebels, immediately following Thrawn’s defeat at the Battle of Atollon. In the Clone Wars-era story, Padmé heads to the planet Batuu at the border of the Unknown Regions following intelligence from her former handmaid Duja. There she is led on to another nearby planet where she discovers evidence of unusual Separatist manufacturing and works to figure out who is behind it and what it might mean for the future of the Republic. Anakin follows along a few days later, teaming up with Thrawn, whose ship he meets in the atmosphere over Batuu, and the three end up working together to solve the mystery. In the Rebels-era story, Thrawn and Vader are sent to the very same planet on the orders of the Emperor who has sensed a disturbance in the Force. There, Vader is made to confront his Jedi past, while Thrawn is put on the line when his allegiances to the Empire and the Chiss Ascendency appear to come into conflict. With neither of the pair fully trusting the other, and both appearing to know more than they are letting on, the scope for tension is high.

Of the two, I generally found myself preferring the Clone Wars-era story. This is mostly because this story felt more focused in its storytelling. The Rebels-era story included a large array of minor characters and the story would frequently shift between their perspectives, including Thrawn, Vader, and several senior stormtroopers and Imperial officers aboard the Chimaera—Thrawn’s Star Destroyer. I often found myself getting mixed up about who was who, especially during action sequences where all the characters would be doing things simultaneously. The Clone Wars-era story, on the other hand, limited its perspectives to Thrawn, Anakin, and Padmé, which lent it a far more cohesive feeling. That being said, my favorite alliance in the book is easily the uneasy one between Vader and Thrawn in the Rebels-era tale. There is a palpable tension between these two during every interaction, and it’s interesting to read about Vader’s thoughts and feelings as he begins to understand Thrawn’s unique style of leadership and thought process. I did feel that Vader’s dialogue was slightly off at times. He simply felt too chatty for the character, but then, if he had been less so, the book would have felt extremely one-sided.

One thing I did find somewhat annoying was the constant simpering of Thrawn’s crew toward him. This was combined with an annoying tendency to explain Thrawn’s thought process in a manner that reminded me of C. Auguste Dupin in the opening of Poe’s The Murders in the Rue Morgue. While these explanations are clever and enlightening the first time you read one, they risk becoming irritating and distracting you from the story as a whole if overused. This happened multiple times when a bridge officer would ask Thrawn how he figured something out purely so he could explain, in great detail, the chain of thought leading up to his seemingly impossible insight.

There has also been some criticism leveled at the apparent sidelining of the titular character in Thrawn: Alliances in favor of Anakin/Vader and Padmé, and in my opinion, this criticism is fair. Several sections of the Clone Wars-era story are written from Padmé’s perspective, while Thrawn is nowhere around and the pair have yet to meet, and the other sections often switch between Vader/Anakin and Thrawn’s POV, meaning that the supposed main character is at best equal in importance to the others in his own book. As a Padmé fan, I was fine with this, but anyone coming to Thrawn: Alliances for 100% Thrawn 100% of the time is going to come away disappointed. It’s also worth noting that several important characters from the first Thrawn book are conspicuous by their absence—notably Eli Vanto and Arihnda Pryce—so any of their fans who may have been hoping for more of them will also be somewhat frustrated after reading this.

That’s a lot of negatives, so let’s return to the good of this book, and there’s a lot of it. This is, at the core of it, an interesting book populated with interesting characters, all of whom have varied and complex motivations. It’s fascinating to read Thrawn and Vader sizing one another up and posturing in front of the other in a show of who-does-the-Emperor-trust-more one-upmanship, and especially to watch Vader trying to figure out just how deep Thrawn’s knowledge of his past goes. Vader’s inner thoughts are especially interesting, and I particularly liked the way he had mentally separated his memories as Vader from his memories as Anakin—an almost self-induced split-personality syndrome. Padmé is well-written and in no-way the damsel-in-distress no matter how much the plot appears to be heading that way at times, and this has made me all the more excited for Queen’s Shadow next year.

As a Disney Parks fan, I was also excited to learn about the planet Batuu and the Black Spire Outpost, which is the location of Galaxy’s Edge—the future Star Wars land which is currently being built at both Disneyland and Walt Disney World. This is the first time I have been able to read about a location in Star Wars with the knowledge that I will someday be able to actually visit it, and that adds in a whole new layer of interest and excitement to the galaxy far, far away that I never even knew I was missing out on.

A final point I want to bring up is the audiobook edition, which is narrated excellently by Star Wars regular Marc Thompson. Thompson does an excellent job of pinning down many of the familiar voices needed for Thrawn: Alliances, and while I still wish we could have had Lars Mikkelsen’s perfect Thrawn voice acting here like we got in Rebels, I’ll happily listen to Marc Thompson read Star Wars to me any day.

All in all, Thrawn: Alliances is not a perfect book, but it is a darned good one and you don’t even need to have read the previous book in order to dive in. Die-hard Thrawnites (Is that a word? It is now.) will almost certainly take issue with the book being overly split between him and others, and they have legitimate concerns, but that doesn’t take away from an interesting and fun story with a lot of implications for the future of the Star Wars canon that I hope we will see addressed in future books, comics, and movies. I highly recommend picking this one up for fans of Clone Wars, Rebels, Vader, and Padmé, as well as Thrawn himself, and I look forward to more from everyone’s favorite Chiss in the future.

Click through to read all of “The Saga Continues: ‘Thrawn: Alliances’ by Timothy Zahn” at GeekMom.If you value content from GeekMom, please support us via Patreon or use this link to shop at Amazon. Thanks! 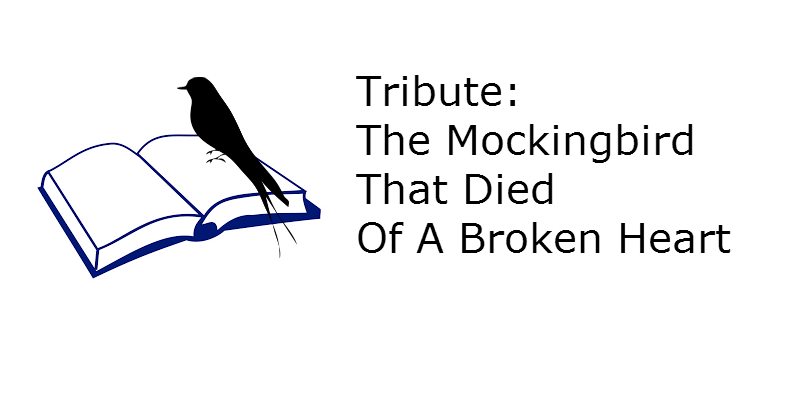 Tribute: The Mockingbird That Died of a Broken Heart 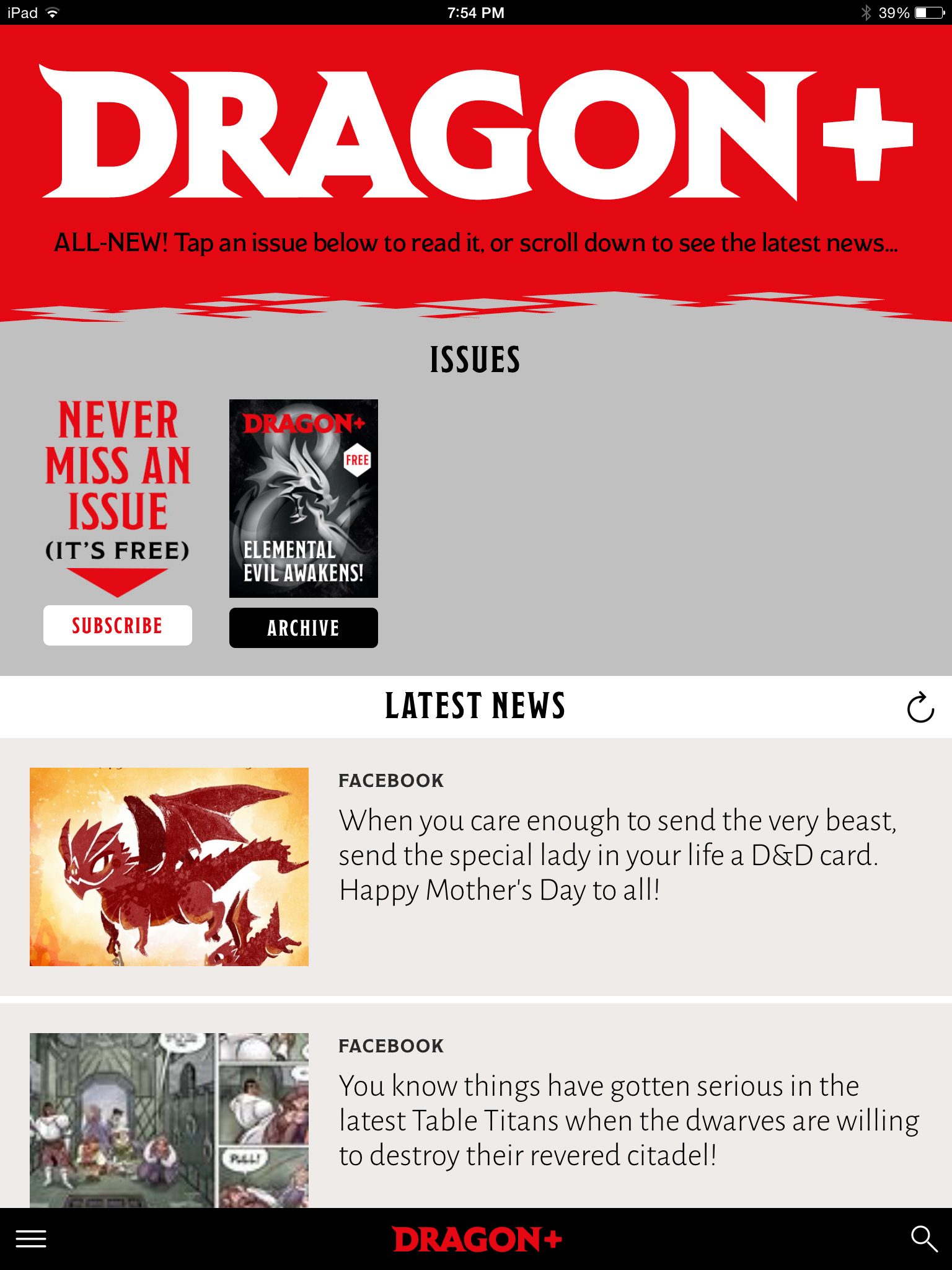