Ray: What’s this? An issue of Damage that’s not all about off-brand Hulk smashing things? Yes! The title character barely appears in this issue, and the title’s actually all the better for it. Robert Venditti is a compelling writer when he has what to work with, and this issue has a bit more meat as we finally get to spend some time with Ethan Avery. The issue begins with Ethan convalescing in a Missouri hospital after being pulled out of the river last issue. Colonel Jonas is hot on his tail and has brought her gang of d-list supervillain mercenaries to extract him before he regains consciousness and turns into Damage. Unfortunately for her, she’s not the only one who has plans to get him out of the hospital unseen – a mysterious figure has infiltrated the building, latex mask and all. The reveal of the Unknown Soldier is probably the best twist of the series so far, and makes me think there’s a much bigger conspiracy at work here. It’s been a long time since we saw this character, and he’s different every time.

I’m not sure if this version has the immortal flair of the original – apparently fighting in every war, his face masked under bandages. Here, he seems to more be a covert government agent who was involved in the transformation of Ethan into Damage. What ensues is Ethan trying to get more information while the Unknown Soldier ferries him out of the hospital in a wheelchair – a task complicated by the arrival of Jonas and her hired goons, who proceed to lay waste to the hospital. The action in this issue is a lot stronger when it doesn’t have an unkillable block of a warrior in the middle of it. There’s a real sense of danger, and it works. The reveal that the Unknown Soldier was the one who sabotaged the transport and allowed Damage to get loose in the first place is interesting. Ethan is still mainly a blank slate, and the issue just counts down to when Damage can be unleashed again. Overall, this is one of the most interesting issues of the series, as we finally start getting some answers rather than just smashing everything in sight. 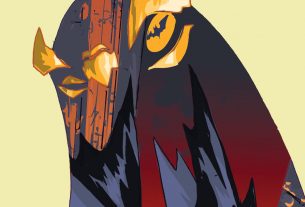 Having a Blast at Marvel Universe LIVE!