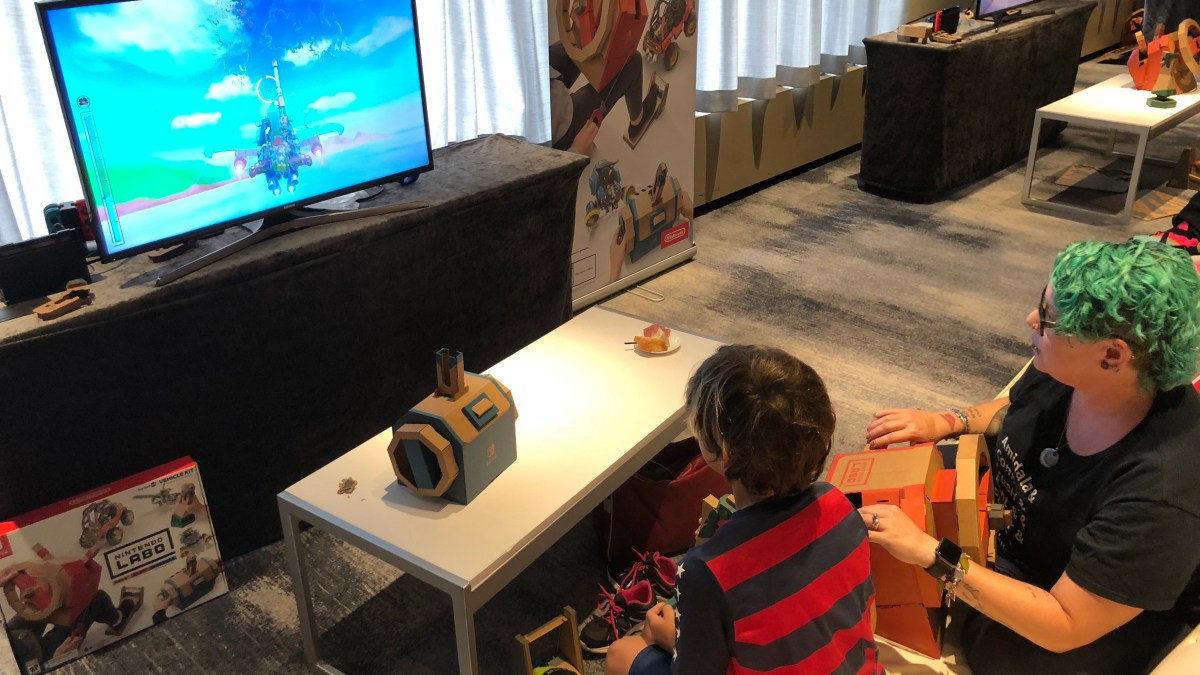 When Nintendo announced its new cardboard Labo building kits back in February, GeekMom Corrina gave you the low down on what to expect. Not gonna lie: Corrina’s review intrigued me and scared me. That whole “the make portion takes time” seemed like something that my kiddo would balk at. Nine-year-olds are not exactly known for being the most patient of age groups. Which is why, when Nintendo offered to bring us into New York for a preview, I was both excited and genuinely frightened. Excited because I wanted to try it on my own. Frightened because my kid is notorious for blunt, objective honesty. Let’s just say we had a conversation about “being polite even if you don’t like it.”

I should have felt a greater sense of trust. The most resounding endorsement?

Me: You did a good job being polite. Thank you.
L: It was fun to play with.
Me: Really?
L: Yeah, I really liked it. It’s really cool.

Color me surprised. This endorsement came from the kid who generally doesn’t play video games. So, what five new things do I want to tell you?

5. The Building Part Is Clearly Easier for the Kid Set

Let’s reiterate how much GeekMom Corrina’s “make part takes time” note scared me. I just assumed that L would hate the building and sit on the sofa watching me.

But no. Kiddo loved the building part. Our family does a lot of “interlocking brick building” (aka LEGO) sets. Take the directions in those types of sets, digitize them, enable a 360-degree rotational view. You’ve got the Labo directions for Switch.

4. They Updated the ToyCon Garage: My Formal Apology

Ok, I wanted to save this one for last as the “Big Reveal,” but I can’t hold out that long and the feature deserves the visibility.

When Corrina told me about the Labo, I openly admit to a bit of a snort coupled with, “well, it’s not really as educational as the Google Cardboard stuff I saw at BETT.” As a former teacher, I’m always trying to cut through the “we’re educational” taglines.

Nintendo, I am now giving you my formal apology. Your updated ToyCon Garage might be a way to break into the educational arena, and I love it.

Corrina’s post noted that the secret to how Labo kits work is the IR stickers. The ToyCon Garage demo with the Vehicle Kit noted the different places inside the cardboard devices where the JoyCons “read” movement. However, according to the demo (and since it was not part of the hands-on portion, I’m a little fuzzy on how it works), the Vehicle Kit is specifically intended to pique curiosity and innovation. The stock car game has a multiplayer option, but the kit only includes one gas pedal.

What does that mean? You need to be able to build more.

The ToyCon Garage includes walkthroughs about the mechanisms the Labo item uses and helps kids learn to make their own.

Nintendo, once again, I am sorry I doubted you.

I’ve often found that kiddo likes games where they can go wherever they want. As the kid who hates to be told what to do, open world play appeals to L’s desire to make their own destiny. During the demo, we had three different landscapes to play in. Between the car, the submarine, and the plane, kids can engage in the open world features and explore in a variety of ways. (P.S. Kiddo preferred flying to the other two transportation modes.)

Why, of course, it has missions! From the short demo that we played, the missions are a good mix of problem solving and fun. Players can find missions in two ways. One: you can search the menu for them in typical style. Two: you can happen upon them as you play and try to figure them out on your own. Depending on how you like to approach gaming, you can meander around in the open world until you stumble across something or you can decide to be totally mission focused. The missions we found weren’t super hard, but they definitely required thinking about how to accomplish them. In fact, non-spoiler, when you’re in the desert trying to open the treasure box? You’re not going to get into the room in a way you would have thought on your own.

Here at GeekMom, we’re big proponents of gaming with your kids. However, building relationships through gaming comes in a variety of forms. The new Labo Vehicle Kit has both a co-operative play aspect and a competitive play aspect. As someone living with an intensely competitive child, the competitive play wasn’t nearly as fun as the co-operative play. The cool thing, for me, was getting to be kiddo’s “2nd in command” and just hang out and play happily together. Although, as always, I’m not going to lie, having the opportunity to take out some frustration by battling wasn’t too shabby either.

(Note: Nintendo invited us to the event and provided a review unit of the Labo to take home, but the opinions in this piece are my own.)

Click through to read all of “Nintendo Labo: Vehicle Kit — 5 (More) Essential Things to Know” at GeekMom.If you value content from GeekMom, please support us via Patreon or use this link to shop at Amazon. Thanks!

Between the Bookends: 8 Books We Read in January 2020 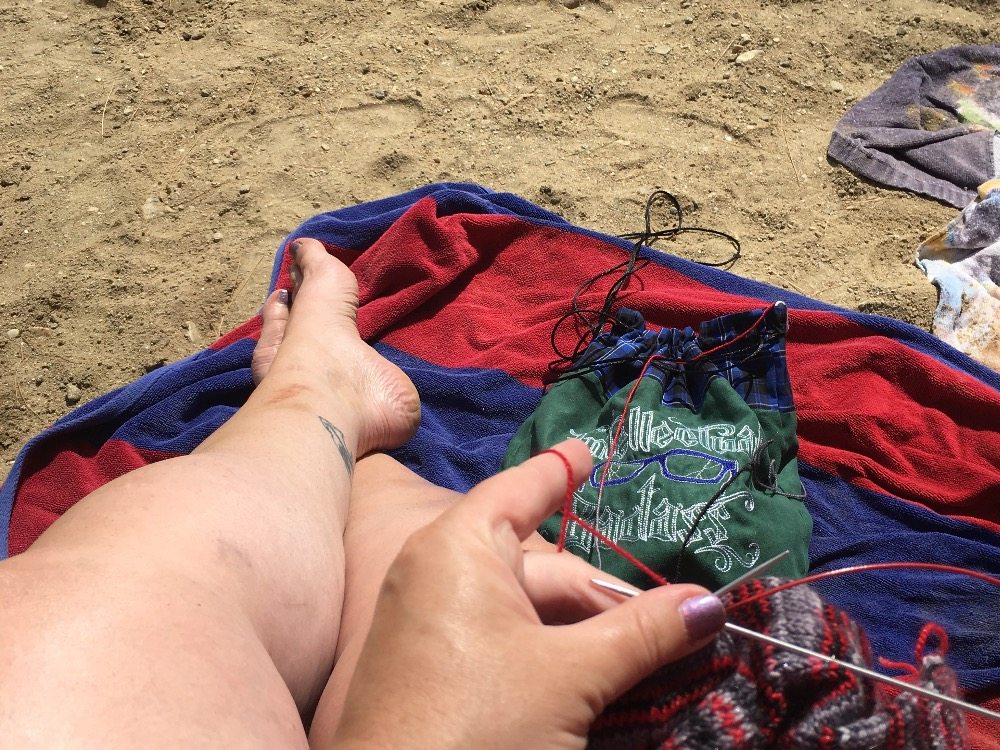