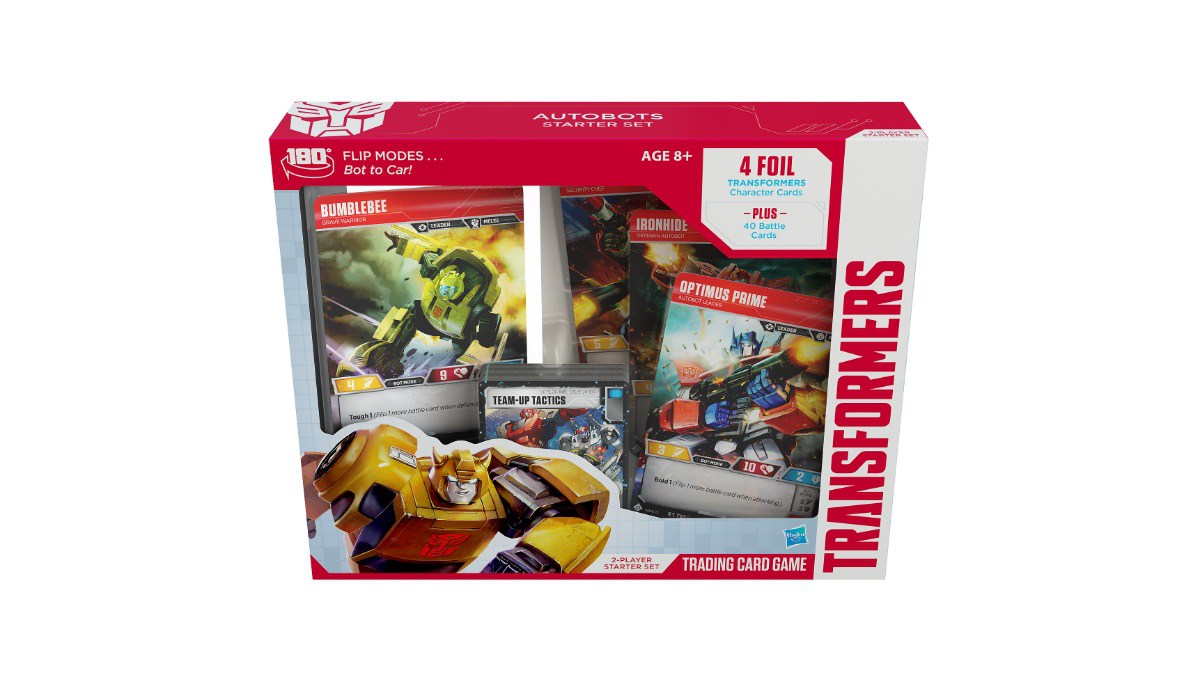 Ever since Hasbro mentioned they’d be creating a Transformers TCG with Wizards of the Coast, I’ve been waiting with bated breath for more details.

My friends, that day has finally arrived.

Who Needs Pokemon When You’ve Got Cybertronians?

Coming out this September, the oh-so-creatively titled Transformers Trading Card Game will be a two-player “action battling card game,” kind of like that dice and card game that people seem so enamoured with. There’s nothing to roll in this one, instead you’re fielding Autobot and Decepticon characters, powering them up with battle cards, and using their, ahem, transformative special abilities to take out your opponent.

What’s neat is that every Transformer card will have two sides – a bot mode and an alt mode, with different powers and abilities for each. There will be more than one way to be victorious. Looking at the glimpses of artwork available, some strategies leverage alt modes and others focus more on bot abilities. The character cards will be huge too – twice the size of standard playing cards with premium foil-enhanced art on both sides.

At launch, there will be 40 Transformers to collect in booster packs (it wouldn’t be a WotC game without ’em) and 81 battle cards. The first starter set will focus on the Autobots and give you Optimus Prime, Bumblebee, Red Alert, and Ironhide (what, no Sunstreaker?) and enough battle cards to get two players started. My assumption is a Decepticon set (maybe with Megatron, Starscream, Soundwave, and…Shockwave?) will be released later so that you can get a proper Bots vs. Cons battle going.

What’s nice is that, while the starter set is giving us tried-and-true Transformers characters, Drew Nolosco, the Transformers TCG Brand Manager, has said that they’ll be pulling from across the entire history of the Transformers property as the game evolves. He specifically mentioned Sunstorm (a deep-cut fan favorite based on a Generation 1 Takara recolor), which has me hopeful this is more than just lip service.

The convention exclusive booster bears this out. If you’re going to be at Comic Con International or SDCC, you can try and get your hands on two exclusive characters. Hasbro will be releasing a Transformers Trading Card Game Convention Edition booster pack with Slipstream(!) and Cliffjumper, as well as two complimentary battle cards. All four cards will be exclusive to this booster. If you can’t make it to the cons, you can always roll the dice and try and nab it when Hasbro posts their con-exclusive merchandise to HasbroToyShop.com in August.

There’s no rulebook or gameplay to check out yet, but based on the artwork alone, it looks like Hasbro and WotC have a hit on their hands. 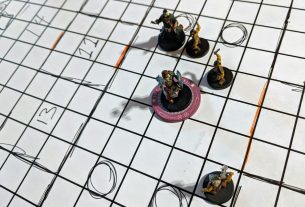