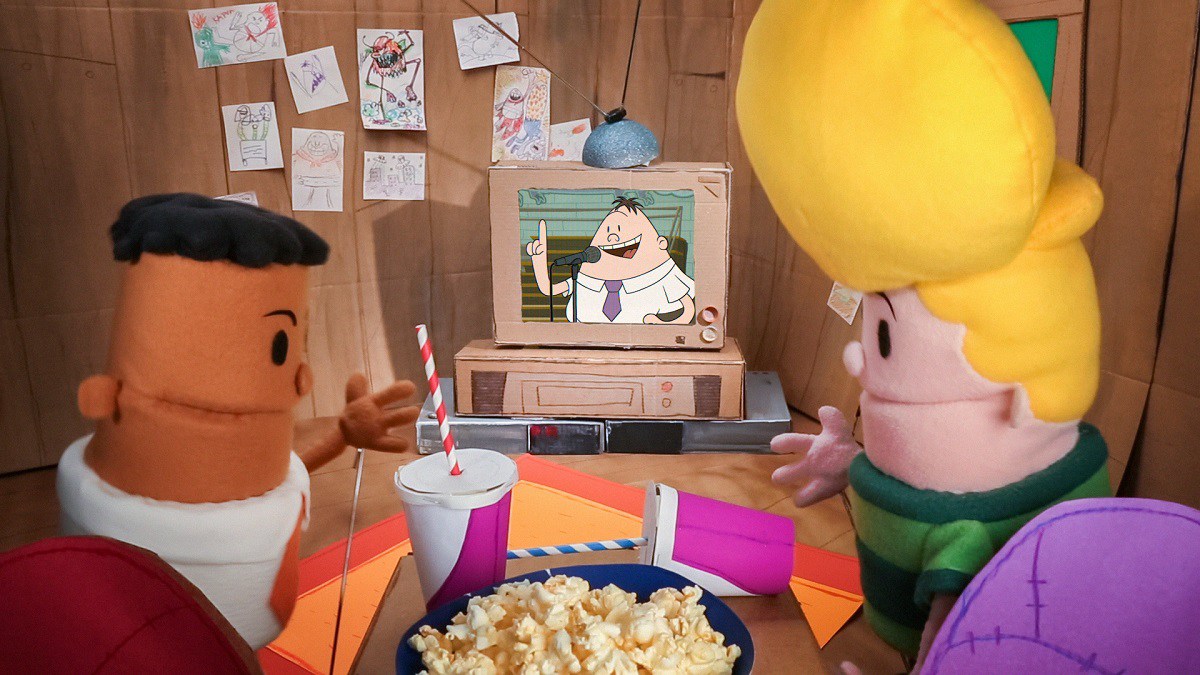 So I know I’ve mentioned my unusual-but-far-from-inexplicable-when-you-understand crush on Dav Pilkey here. He is a treasure to reluctant readers and a role model of ADHD! So of course I had to jump on it when DreamWorks offered GeekMom the chance to hype the new Netflix series, The Epic Tales of Captain Underpants, with a tie-in book, drawstring knapsack, and a do-it-yourself George-and-Harold sock puppet kit.

Yes, I said series, fresh off last summer’s movie adaptation. Season One of The Epic Tales of Captain Underpants drops in its entirety on Netflix this Friday, July 13 (I have a feeling George and Harold would go to town incorporating that date into a new supervillain for the Captain to fight if they knew). Contrary to what the still above (and the sock puppets we built from the kit DreamWorks sent) might have you believe, most of the series is in a traditional cartoon animation style, as you can see in the opening credits sequence DreamWorks has kindly linked for us here:

But, as this is the story of George and Harold’s artistic creations running rampant, it looks like we’ll be diving into more experimental styles every once and awhile too, as some additional stills show: there are the puppets at the top of this post, there’s some collage…

…and even some claymation!

This tickles me in part because Dav Pilkey was showing us how he’s been getting into claymation/stop-motion animation himself last year during his Supa Epic Tour o’ Fun. And he is just George and Harold grown up, after all. Of course the characters are going to be just as experimental and fourth-wall breaking as their creator.

The way the Wedgie Power Guidebook (the tie-in book we received from DreamWorks in our kit, available for purchase on July 31) puts it, most of the plots of the show will come about as a direct result of George and Harold’s creative endeavors.

“In their quest to find ways to…

…George and Harold have developed some of the coolest supervillains in history.

But as soon as each comic is finished, the bad guys in the story come to life… and Captain Underpants must fight a real-life foe!”

That’s the Wedgie Power Guidebook right before it launches into a series of adventure recaps I assume describe episodes of the new show.

Reading the Guidebook—which, like most tie-in books, is little more than a collection of character and plot descriptions, and is not as fun as an actual tale by Dav Pilkey—I wondered if Pilkey was involved in the making of the show at all. After all, he, not Captain Underpants, is my bae*, and I care about his insights. I want any spin-offs of his work to uphold his devotion to creativity and literacy and allowing kids who can’t seem to “behave” the reassurance that this doesn’t make them “bad.”

I got my answer in DreamWorks’ Press Release. “Pilkey himself has praised the show saying ‘I binge-watched all of the episodes in one afternoon… I couldn’t help myself. [Executive Producer] Peter Hastings has totally captured the craziness and heart of the Captain Underpants multiverse and I hope everybody will love the show as much as I do. Kids have been asking for more Captain Underpants books for years, and to me it feels like we are getting brand-new books—except they’re animated!’” So, he didn’t make the show, but he gives it his enthusiastic blessing, which will do.

Also, have I mentioned the cast? Here’s the Press Release on that: “DreamWorks The Epic Tales of Captain Underpants stars both established and emerging voice talent including Sean Astin (Lord of the Rings, Stranger Things, The Goonies) as the series’ narrator, Nat Faxon (Ben and Kate, Married) as Captain Underpants/Mr. Krupp, as well as young actors Jay Gragnani and Ramone Hamilton who voice best pals, George Beard and Harold Hutchins.” Okay, they had me at Sean Astin. I love that guy. He’s a smart and balanced guy to follow on Twitter and he played the character I named my kid after, so I’m in. Sean Astin and Dav Pilkey, two great tastes that taste great together!**

But again, it all comes down to inspiring kids’ creativity, which brings us back to the sock puppets DreamWorks sent us.

The socks and yarn we received from DreamWorks are very soft, and make for comfortable finished products. My daughter asked if she could just keep the socks as socks because they were so comfortable. I said no because they don’t match, even though that’s not a reason Dav Pilkey would approve of. There is nothing wrong with mismatched socks. My artsy daughter was still more interested in wearing the materials than making the puppets.

The kit contained everything needed for the puppets except glue. The directions recommended hot glue, but the best we could do was tacky glue, which didn’t work quite as well, but the results were still cute.

The serendipitous fun didn’t happen until later, when I started to read Dog Man and Cat Kid aloud*** and realized George and Harold were narrating the beginning. “Wait, they need to read this!” I shouted, and grabbed the puppets so they could.

It is possible the 40 year old was having more fun with this than the 9 year old, but encouraging creativity through humor is for all ages, so I think the kit was successful. Thanks, DreamWorks! See you Friday! Do my dear Dav’s work proud!

*I’m sorry, “bae” is a terrible word, but for some reason it’s the most appropriate title for Dav Pilkey my brain can settle on. In the hierarchy of my celebrity crushes, he is not high enough to achieve Martin Freeman’s “Imaginary Husband” status, and “boyfriend” or “lover” or “favorite piece of eye candy” just doesn’t fit. I’ve tried on a whole host of words for Dav Pilkey and only “bae” sticks.

**Come to think of it, listening to his narration on that clip from the opening credits, it struck me that Sean Astin and Dav Pilkey have similar voices. I can almost pretend it IS Dav telling his stories on this show.

***Completely coincidental. The kids and I are getting toward the end of Half-Blood Prince in our evening read-aloud, but the elder one has gone to camp and it wouldn’t be fair to read on without him, so the girl grabbed some of her favorite shorter chapter books and we just happened to settle on Dog Man before remembering we now have appropriate puppets.

Click through to read all of “‘Captain Underpants’ Comes to Netflix and Sock Puppets!” at GeekMom.If you value content from GeekMom, please support us via Patreon or use this link to shop at Amazon. Thanks!

Between the Bookends: November 2014 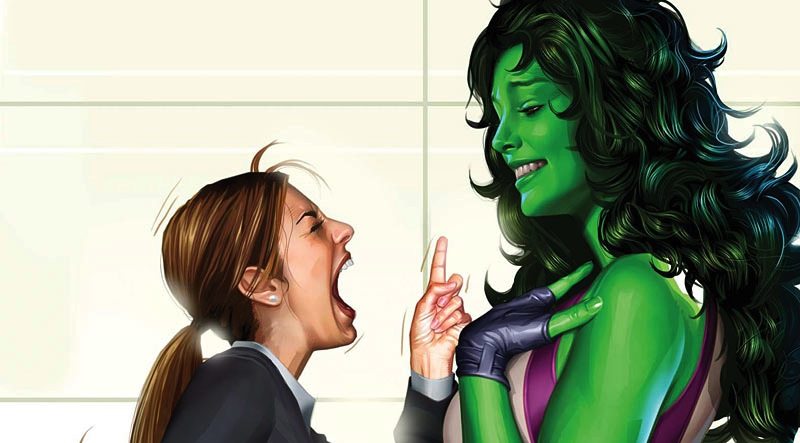 She-Hulk and Rogue Swoon in New Novels from Marvel 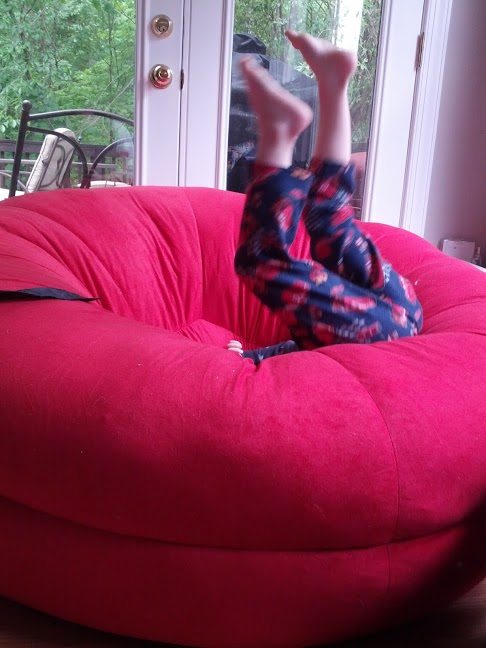