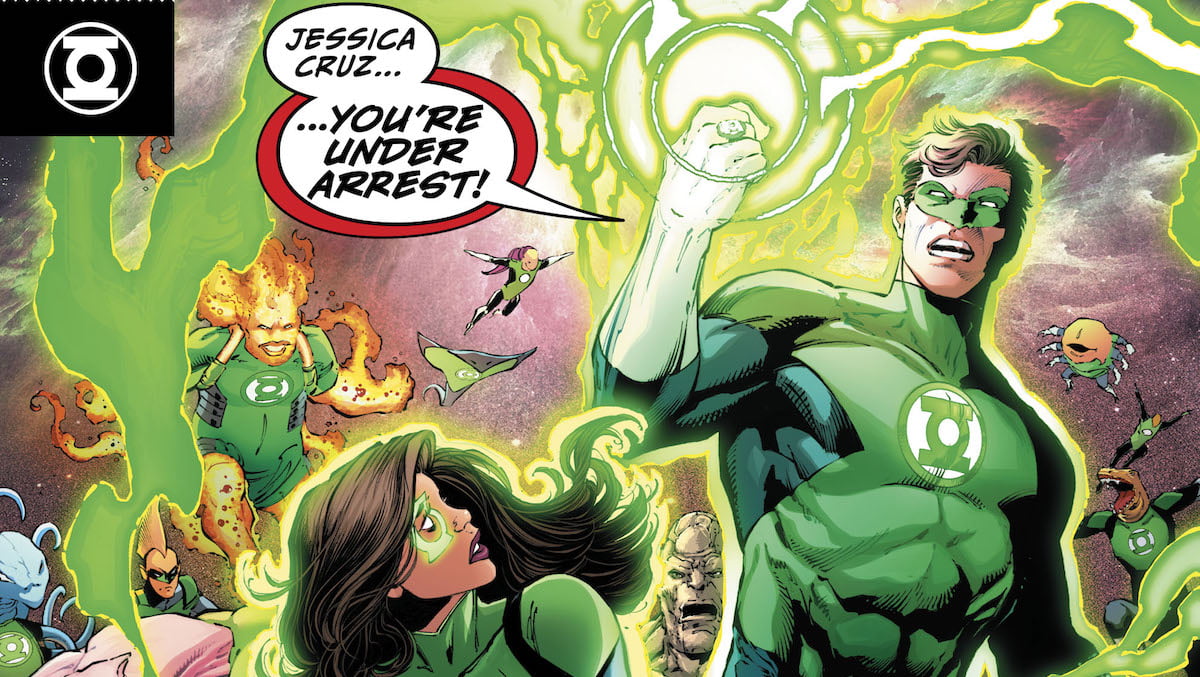 Ray: I was surprised to see that Green Lanterns #48 was written by Aaron Gillespie, one of the graduates of the DC Writer’s Workshop, as opposed to regular artist Tim Seeley. Seeley’s run seems to have concluded early, as Jurgens is starting after this two-part finale. Interestingly, this arc is very much not a fill-in, as it picks up directly after last issue’s reveal that Jessica’s ring still had a major impurity in it. Hal Jordan was deputized by the Guardians to retrieve her and take her ring, but before he could, this issue kicks off with Jessica having apparently gone rogue. She wakes up with what she describes as a sober hangover (she doesn’t drink) and finds that she helped a major fugitive escape justice and is now hunted by law enforcement around the galaxy, including the Corps. Despite being new to the franchise, Gillespie does a really solid job with Jessica’s character, starting when she scams a young Lantern into letting her go by playing to his ambition, taking the opportunity to escape.

I’m guessing this story is at least partially based on Seeley’s plans because it really digs into the past of his run. The first major place that Jessica goes to seek refuge while she tries to figure the events of the previous night is the home of Anthene, the former regent of Ungara. It’s revealed that her daughter Liseth is recovering from her injuries after being possessed and becoming the big bad of that arc (the end of that arc made it look like she was dying) and both are more than willing to give Jessica the benefit of the doubt as she tries to figure out why she would have switched sides. This is a fast-paced issue, aside from the interlude on Ungara, and Jessica is constantly on the run as the manhunt for her gets more and more focused. Simon eventually winds up being called in by the Corps, setting up a showdown next issue between the partners. Although there’s a guest writer on this issue, it actually does feel like a close to Seeley’s run, and it’s looking like a strong finish.

Corrina: I had to double-check the credits again, as this did seem a continuation of Seeley’s concepts and story. But  Gillespie shows his talent for storytelling too, as this is a fast-paced, exciting issue with a good mystery at the core. My one complaint is that I fail to understand why the GLs would turn on Jessica so swiftly without waiting for a proper explanation but I guess I can chalk that up to yet another “Hal Jordan is a jerk” moment.

However, this issue is a terrific spotlight on Jessica. It shows off her skills as a Lantern, her natural ability with people, and how far she’s come in managing her anxiety, which never goes away fully but can be controlled. Her friendship with Anthene was well done and I’m glad that mother and daughter have a happy ending after a weird conclusion to their arc.

Hopefully, the conclusion to this story will erase my doubts about Simon’s angry appearance at the end of this issue. 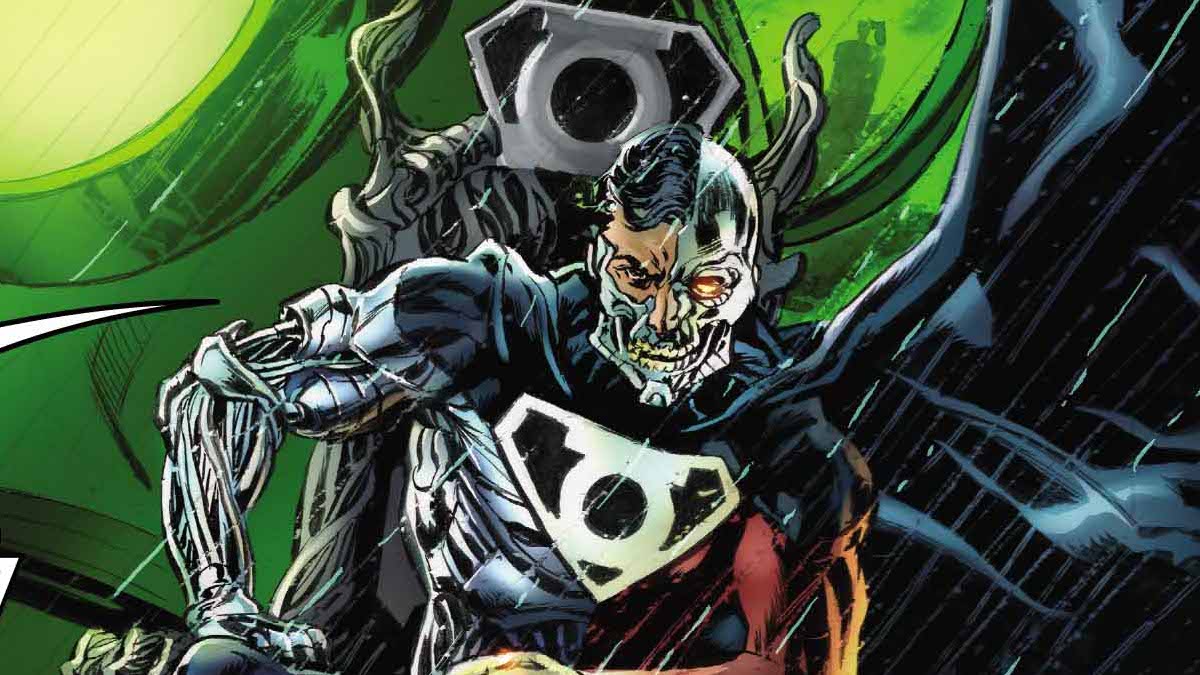 Review – Titans #22: A Mercy Killing For the Series