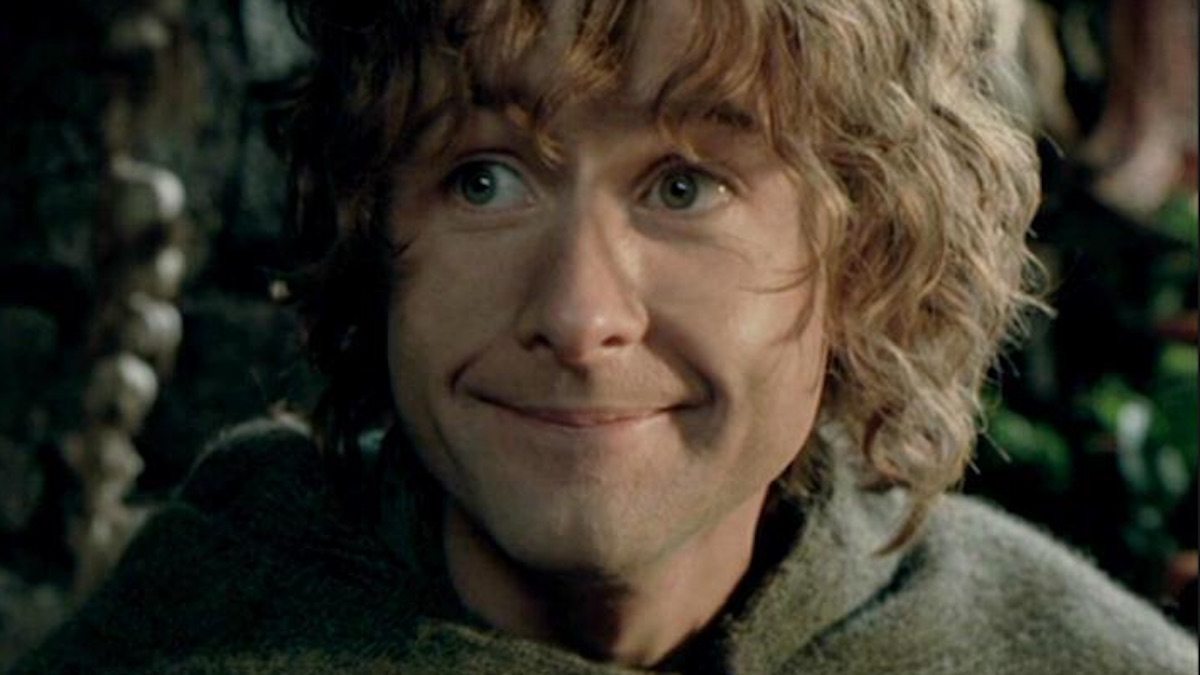 I recently had the privilege of attending an event in which actor, musician, and hobbit Billy Boyd spent an afternoon answering questions from young musicians, filmmakers, and Lord of the Rings fans. The event was of the many free presentations offered at the Las Cruces International Film Festival.

The Scottish-born actor is best known for his performance as Pippin in the Lord of The Rings trilogy, as well as for his moving performance of the ending song, “The Last Goodbye,” for The Hobbit: Battle of the Five Armies. He is also a patron of the Scottish Youth Theatre, and the National Boys’ Choir of Scotland.

As an unapologetic follower of all things Tolkien and an admirer of Boyd’s music, I attended the event with my teenage daughter fully expecting to be entertained. I had no idea, however, how much we would learn from his casual, positive personality about the importance of the creative spirit.

Here are a few things I picked up from the man who made us all love Peregrin “Pippin” Took.

Don’t hide your talents. Boyd is one exceptionally entertaining individual, both on screen and musically, and he was a vocal advocate of not being selfish with the things you create. As a frontman for the band Beecake, he talked about the random circumstances where one of his band’s songs, “Please Stay,” made into an episode of a television series. He talked bout how interesting it is when a person creates something, it can find its way through the universe and be discovered.

Boyd did say social media can be both a good and bad thing, as it gives creative types more ways to share their work, but also makes it harder to stand out in that huge sea of images out there. However you share it, get your work, ideas, and talents out there. Boyd said some of the creative people he knows — artists, musicians, poets, photographers — make beautiful things and “keep them hidden.” That’s a shame, as something we make today may make someone else happy tomorrow.

Carry books with you wherever you go. When you want to explain something as eloquently as possible, it never hurts to have some literary reference. Boyd pulled a copy of the poems of Scottish poet Robert Burns from his pocket to illustrate this point, by using the poem “To a Mouse” to answer an audience question.

This also gave him a chance to enthusiastically introduce folks in the Southwest United States to some of his favorite Scottish words.

It’s always good idea to keep the tools of your trade at hand. Of course, Boyd had his guitar nearby, so that when the spirit moved him he could play a favorite song. He also talked about how inspiration for his own music comes from all over the place.

This was an important lesson reinforced for me as a writer, as I didn’t even think to bring my notepad and pencil with me into the theater. As a result, I have to resort to “paraphrasing” everything I heard during the talk. If I had remembered even a small pencil, I could have treated readers to some very fun comments. Instead, I’m working here without a net, fueled by memory and tepid Irish breakfast tea. Always be prepared, as you never known when inspiration will strike.

Always map out your plans. Boyd was asked several questions and shared plenty of stories regarding his role as Pippin, from his audition process and being the first one cast in the series, to the hobbits’ Guinness Book of World Records listing for their amount of time they had to have getting their hobbit feet applied, as well as which costume prop he still owns.

When he got the role as Pippin, he laid out a map of his character’s journey through the film on his wall, so he could see how far Pippin “traveled,” as a character. This helped him keep everything in order, as movies scenes aren’t filmed in chronological order.

However, being well prepared doesn’t mean being “perfect,” and he said sometimes the most real, and memorable work is imperfect. You can tweak a project to death trying to make it flawless, but that won’t always make it more enjoyable, and certainly not more believable. Do your best, but don’t worry about those wonderful imperfections that can define a performance or work or art, even on hobbit feet.

Why so serious? Although Boyd’s method of talking Pippin was well-thought out, his talk was anything but a typical rehearsed, behind-the-podium, inspirational presentation. He managed to work in a humorous story to every question asked, and was not afraid to laugh at himself. One question led to him a story about how Hobbiton went from movie set to tourist attraction, and then how he and fellow Lord of the Rings alumni and fellow hobbit portrayer, Dominic Monaghan (Merry) set themselves up behind the bar at the Hobbiton’s Green Dragon pub to serve and surprise a group of unwitting guests.

This was something I appreciated. Take your job seriously, but life is too short to not find ways to laugh and share laughter.

Don’t measure all your happiness on achieving “your dream.” There is a very good chance your “dream job” may not happen, he said. Many of the people in the audience were aspiring filmmakers and actors, and Boyd did stress the importance of not giving up easily. However, there is always a chance that one big role or breakthrough performance may never come. He said to not put all your happiness on achieving that dream. If it doesn’t happen, it shouldn’t ruin all the other good things in your life. My teenage daughter attended this event with me, and it was very refreshing to hear this from someone besides her mom.

Whatever you do, do it with passion. Boyd was asked the inevitable “what advice can you give new actors”; he let them know not to look at any job as “second best.” Don’t look at doing a performance for students as any less significant than being a lead in a major film. Everything you do is worthy, regardless of any prestige the world may attach to certain jobs. He was referring primarily to the performing arts, but this advice holds true regardless of whether someone is an actor, teacher, or mechanic. Be passionate and appreciative of the job you do.

Pets can make you — and everyone around you — happy. Boyd has a rescue dog his family named “Wee Bobby Johnston,” after, of all things, his Wi-Fi. This little pup has not only made the Boyd household happier, he’s a delight to 3,590 followers on Instagram. Star Wars fans have Carrie Fisher’s Gary the Dog, now Ringers or anyone else who loves a cute face has Wee Bobby Johnston. Give Bobby a follow or adopt a pet of your own.

Finally, Boyd adhered to the one rule of a good speaker, entertainer or any other creative type…

Always leave them wanting more. Before Boyd came out, the film festival representative who introduced him said they made an “executive decision” for Boyd not to sing “The Last Goodbye,” which marked the end of The Hobbit movie trilogy. This was to encourage people to return for an evening awards event where Boyd would, for sure, sing the song. Smart move by the festival, but bad news for us, as we had other obligations that evening. Hopefully, someday, Mr. Boyd will return to our area, granting me another chance to hear it live.

Click through to read all of “What I Learned from Peregrin Took” at GeekMom.If you value content from GeekMom, please support us via Patreon or use this link to shop at Amazon. Thanks!