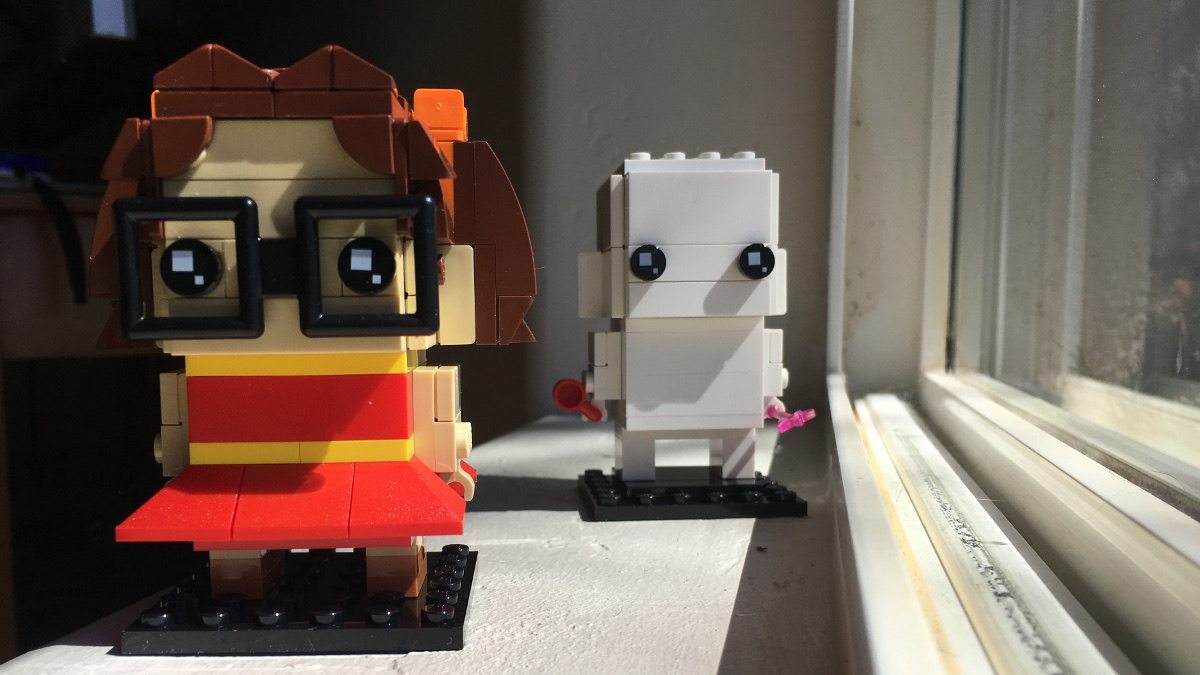 This year, consider adding some items to your kids’ Easter baskets that aren’t candy. Don’t get me wrong. I am a chocolate fiend. A chocoholic. The kind of person who makes a bee line for stores the day after for the discounted candy. But chocolate is the gift that only gives once (except for how it sometimes sticks around on your body). This year, consider some chocolate alternatives for your Easter baskets. LEGO is my favorite option for this. You may need a larger basket, though!

Any LEGO set small enough to fit in an Easter basket is fair game here, but LEGO makes some diminutive sets and other products that are perfect options.

LEGO BrickHeadz are one of the newer LEGO creations. They’re much bigger than minifigs, but still smaller than a large set. And, most of the ones available are themed, so there’s bound to be something that will match up with your kids’ interests. There is a brand new bunny this year (check for it on April 1), a Valentine’s bee, and characters from plenty of fandoms, including Star Wars, DC Comics, Marvel Comics, Beauty and the Beast, and Pirates of the Caribbean. And, don’t forget about the (somewhat larger) set, the LEGO BrickHeadz Go Brick Me. If that won’t fit in the Easter basket, you could pre-build your kids in BrickHeadz and place them in the basket! You can get two BrickHeadz characters out of each of the Go Brick Me sets.

I’ve built the Go Brick Me set and the new Wonder Woman movie character set, and, I have to say, I’m a convert. I love being able to customize a LEGO “person,” and the coloring and details of Wonder Woman are spot on.

Go back to LEGO’s origins with open-ended building sets. This year, celebrating LEGO’s 60th anniversary of the brick, they’ve put out some new sets, a couple of which are small and inexpensive and perfect for an Easter basket. One that I love the look of is the LEGO Classic Rainbow Fun set (which is only about $5), where you can build a rainbow, airplane, unicorn, and more. The LEGO Classic Fun Future set is slightly larger, but with it, you can build a robot!

There are also the small LEGO Classic packs, individually themed by color, or you can buy all four in the Quad Pack. Each one is only about $5, and provides endless fun.

LEGO also sells some smaller sets that aren’t as open ended, but are just as fun. I’m eyeing the LEGO Painting Easter Eggs set from 2015, or the LEGO Holiday Easter Egg Hunt set, personally. LEGO Friends has a Bunny and Kitty Tic-Tac-Toe set. There’s also an Easter Chick to build.

Another of my favorites is the LEGO Creator 3-in-1 sets. I usually tend toward the larger kits that build houses, but there are some affordable smaller ones that build things like robots, trains, cars, helicopters, planes, and dinosaurs. Rawr!

Of course. Minifigs. Whether you buy them individually at a LEGO store or pick up a blind pack in a beloved series, LEGO minifigures are the easiest LEGO item to fit in an Easter basket. Check out the options for the traditional series blind packs; Series 18: Party comes out on Easter Day, if you happen to be out shopping (at a store that’s open). Or, get a themed pack, such as The LEGO Batman Movie, Series 1 or Series 2, or The LEGO Ninjago Movie.

I got a chance to try out some of the blind packs from Series 2 of The LEGO Batman Movie and Series 18: Party. These minifigs are much more interesting than conventional minifigs found in larger LEGO sets. These include additional accessories, a more detailed theme, and some unconventional options (LEGO balloon animals, anyone?). Yes, not getting everything in the series is meant to encourage people to buy more packs, but that’s part of the fun.

Minifigs are also perfect to put in larger plastic Easter eggs for an egg hunt!

So, in addition to the inevitable tasty, tasty chocolate, consider adding a small LEGO kit or two for your kids’ Easter baskets. They’re always a ton of fun, and building with LEGO is much less likely to give your kids a stomach ache!

Note: I received samples of a few of these sets for review purposes. 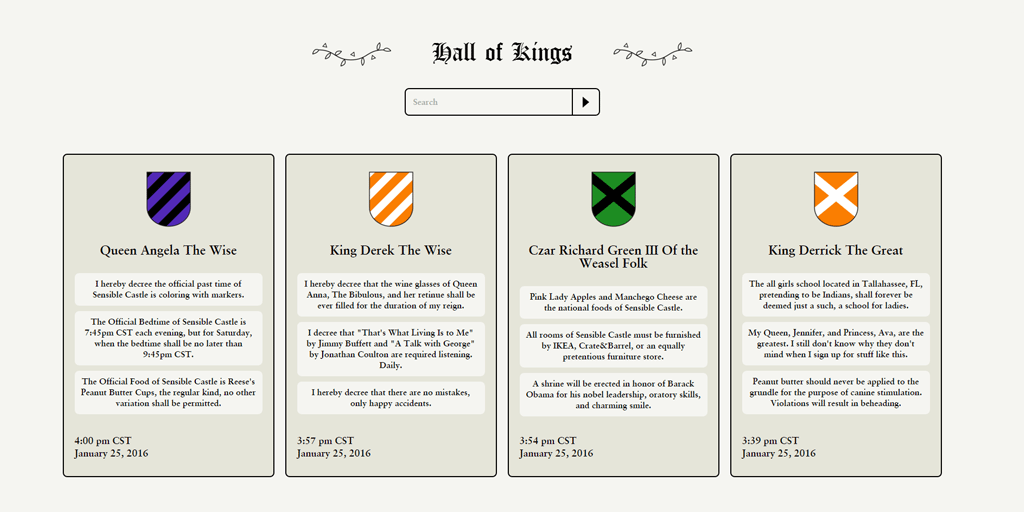 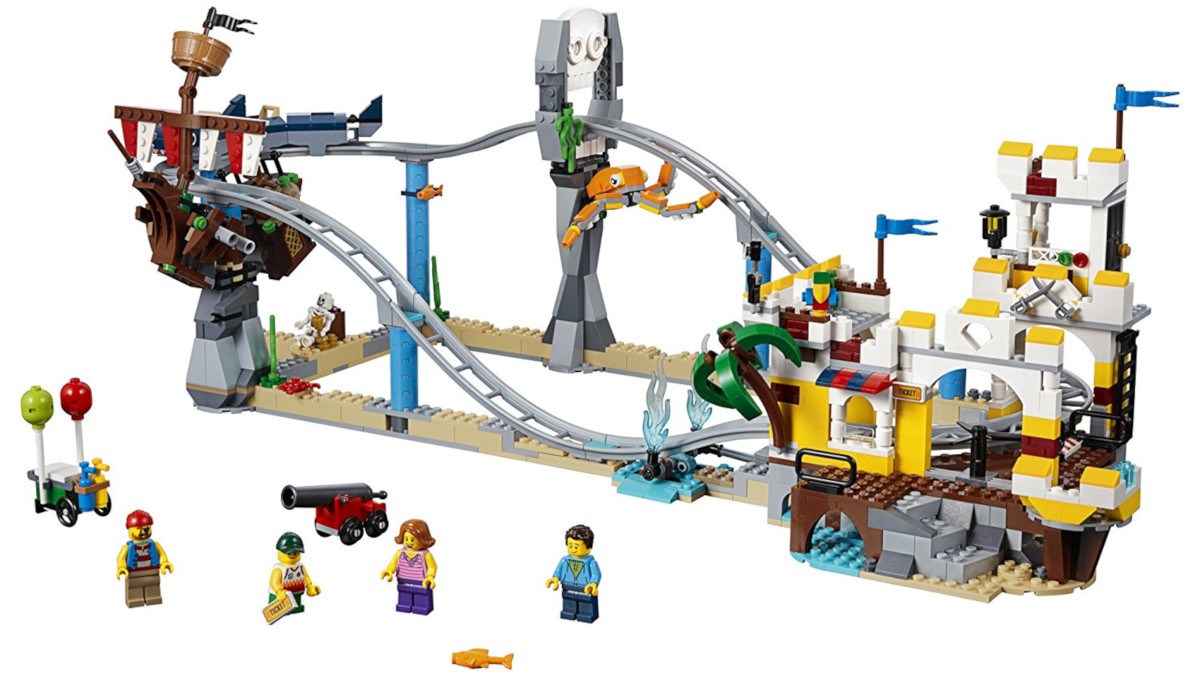 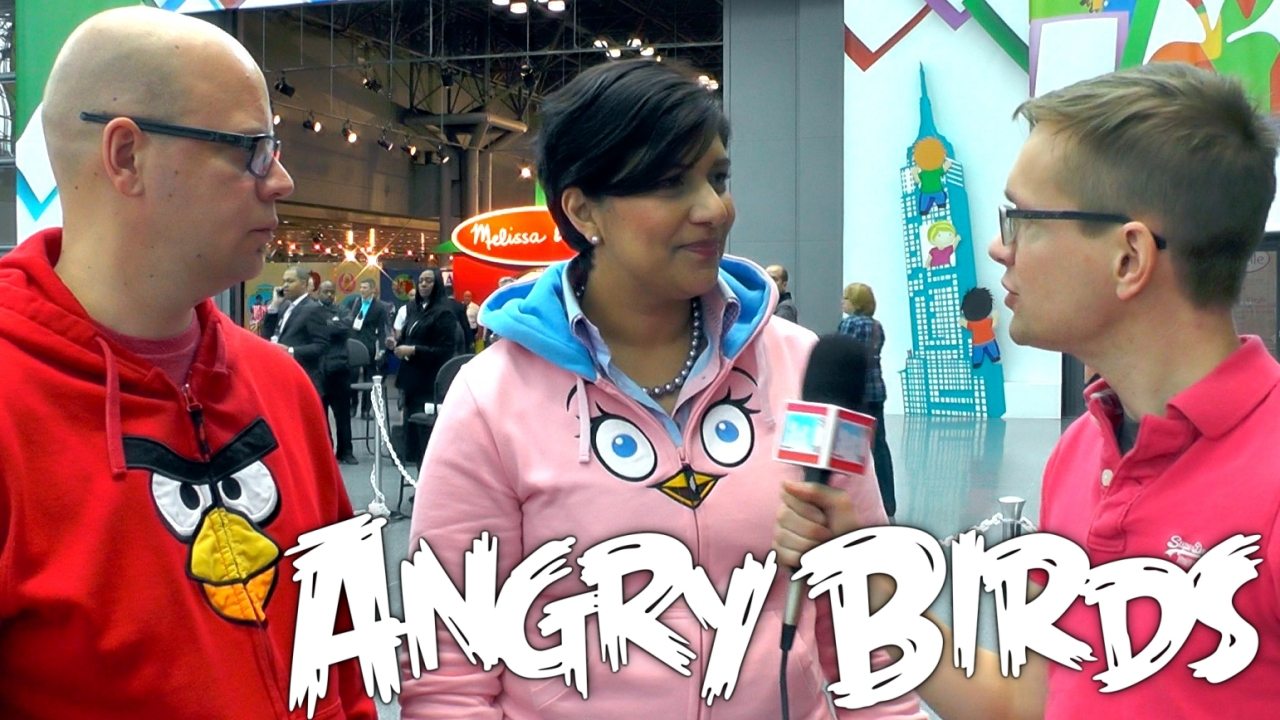 1 thought on “LEGO Kits for Your Kids’ Easter Baskets”