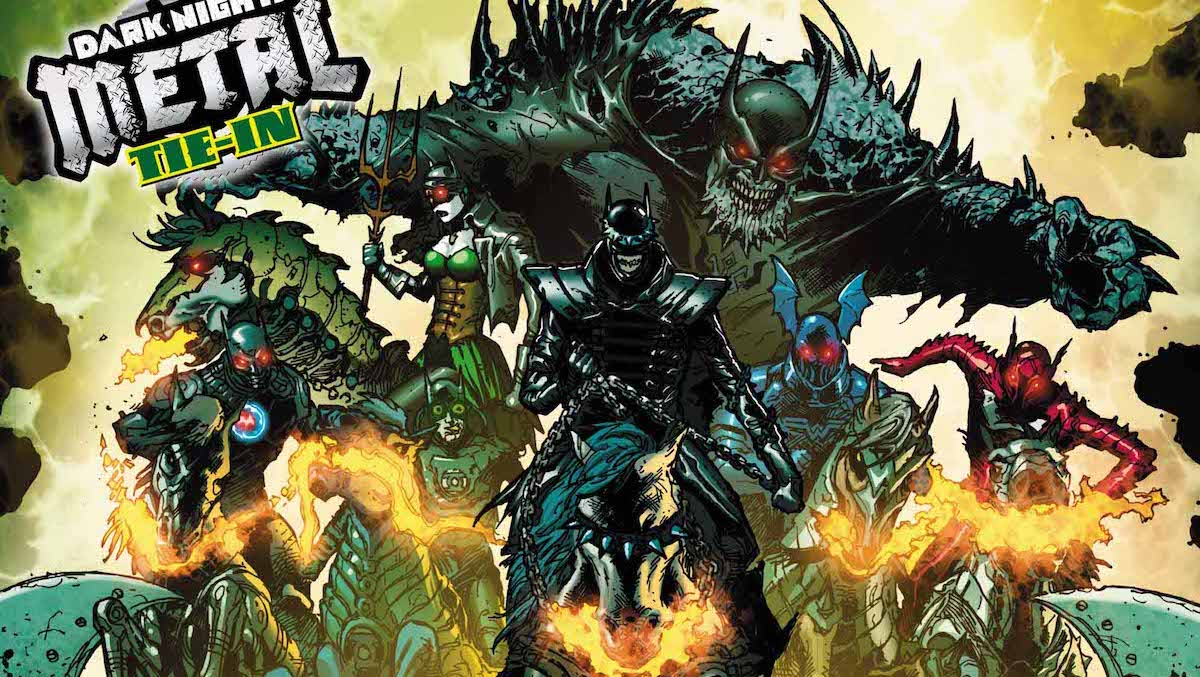 Ray: Just like the main series, the chaotic Dark Knights Rising: The Wild Hunt #1 – the penultimate chapter of Dark Nights: Metal – throws so much at you that it can almost be overwhelming, and it definitely may not be to everyone’s tastes. However, I feel like there’s consistently a strong emotional core to the issue and has a great central voice. That would be Detective Chimp, whose origin story dominates the opening pages – from an abused circus animal to a tormented runaway, to eventually being delivered thanks to Swamp Thing and gaining unnatural intelligence. Snyder has said this oddball character is one of his favorites, and it shows here. However, while Snyder writes the main series, this issue actually feels like it’s dominated by guest co-writer Grant Morrison. Many of the characters and plot points here are followed up on from some of his most famous DC events, from 52 to Final Crisis to Multiversity.

Morrison’s over the top cosmic chaos isn’t always to my tastes, but the addition of the Dark Knights to this story as a motley crew of heroes (including Flash, Raven, Cyborg, and the “Science Team” from 52) try to save the multiverse adds some much-needed tension. There’s always been the question in my mind of whether any of the Dark Knights were redeemable. They all clearly started out as heroic figures but were twisted (usually by something out of their control). The Batman Who Laughs and the Drowned are clearly beyond saving, but some of the others show elements of humanity. This issue doubles down on that with one of them and delivers a fantastic final act for this anti-hero with a scene very reminiscent of arguably the most iconic DC event moment of all time. There’s so much going on here, and so much left to resolve in the double-sized finale, that it’s hard to imagine how they can pack it all in one issue. But I have faith, and this issue sticks the landing nicely.

Corrina: When I attended a panel on the Metal event at Boston Comic Con, the creators present promised this event would be something wild and crazy and fun, despite the in-universe seriousness of the story.

I’ve found it bleak and dull, instead.

Morrison’s influence is obviously the overriding voice in Dark Knights Rising: The Wild Hunt #1 and, let’s face it, no one can do “wild” like Morrison, especially in multi-universe mode. In Final Crisis, Morrison’s resolution was basically to have Superman sing the worlds back to life and, there are echoes of that in Wild Hunt. Like the other Metal issues, there’s desperation and tragedy but this time, the tone is more off-beat and funkier, rather than one-note serious.

Of course, there’s so much going on that it might make a reader’s head spin–that’s Morrison for you. His work is not always to my taste but his contribution to this dreary big event is welcome. 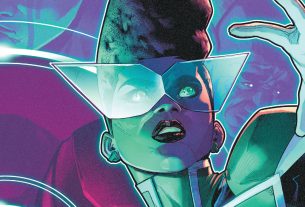 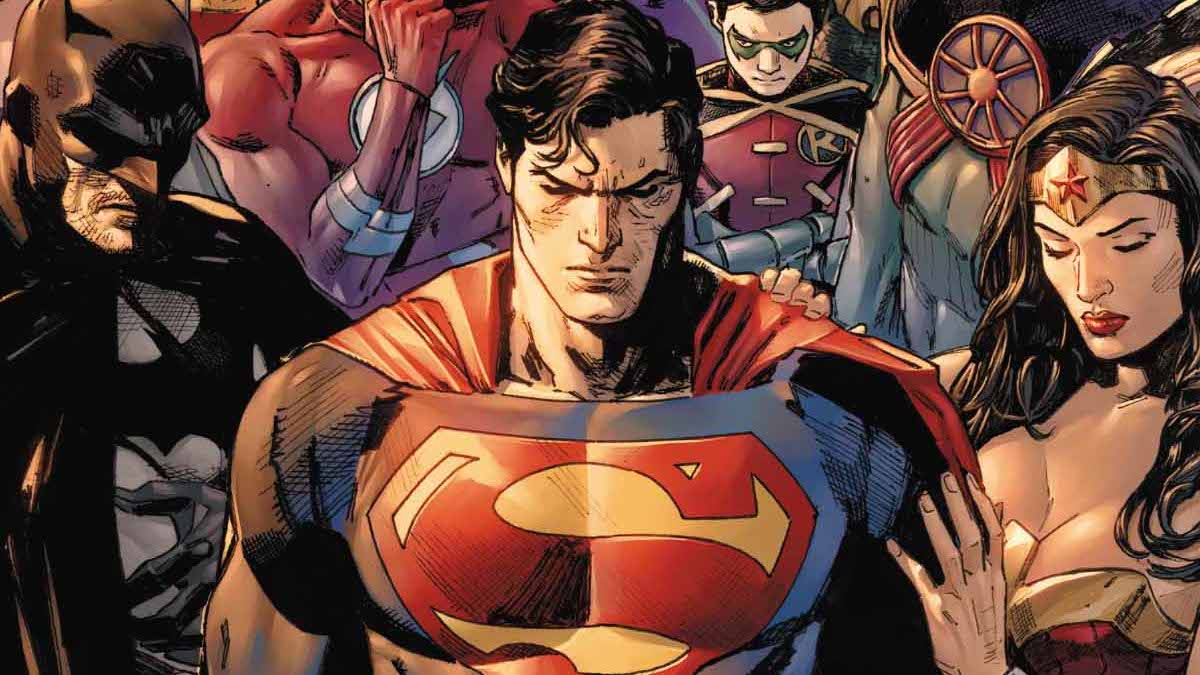