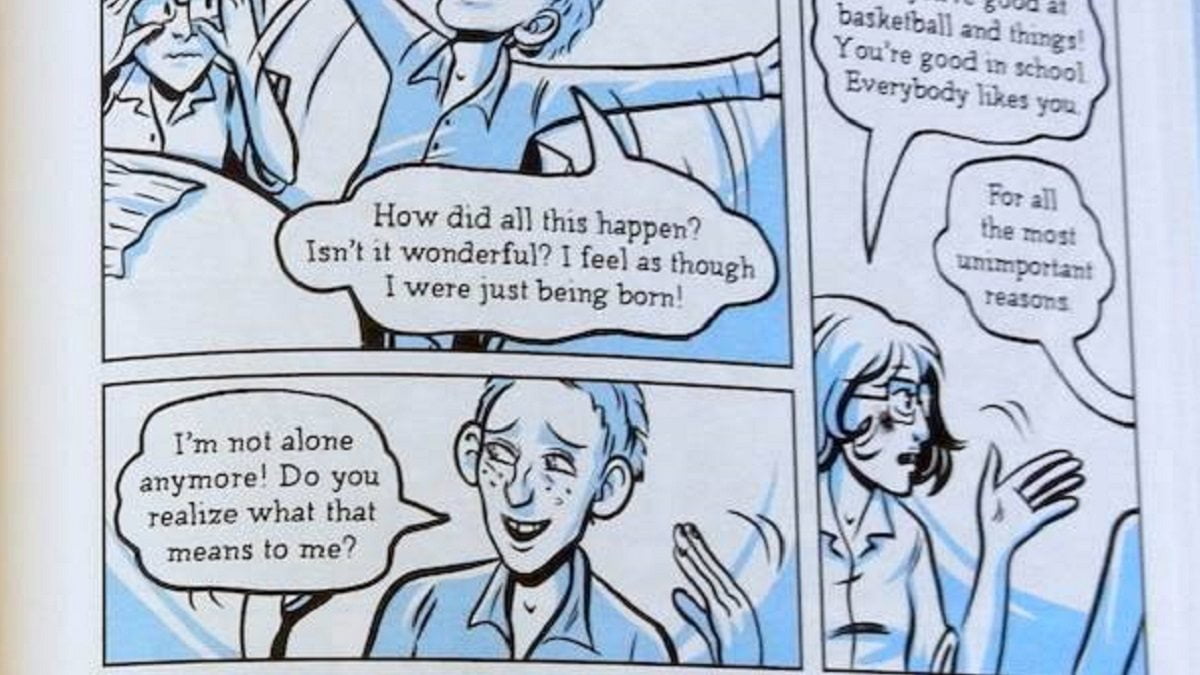 I can’t write a series on the minutiae of A Wrinkle In Time without devoting at least one post to my first literary boyfriend, Calvin O’Keefe.

Now, I have somewhat odd tastes in men, as anyone who has met my husband knows, but on Calvin, I know I am not alone. Six years ago, for the 50th Anniversary, I followed every post of the 50 Years, 50 Days, 50 Blogs Tour (including GeekMom Melissa’s, here), and I’m pretty certain at least two-thirds of them contained some variation of the phrase “Calvin=*SWOON!*” He is a heartthrob for bookish girls everywhere.

I can see why, but at the same time, it’s kind of an embarrassing reason. The idea of a popular jock turning out to be sensitive and kind and for some strange reason totally into you is pure nerdy-girl wish-fulfillment. But wish-fulfillment is just, you know, WISH-FULFILLMENT. It’s ridiculous, looked at objectively. Why WOULD popular, self-assured Calvin take any interest in Meg?

Then I remembered that we’re seeing Calvin through Meg’s eyes—irrationally self-loathing Meg. Meg’s perceptions are skewed.  All Meg sees at first is his apparent easy-going popularity, maybe because it contrasts so much with her own life at school. In reality, though, he’s as lonely and frustrated—and sad—as she is. In some ways, maybe more.

Sure, he’s a basketball star (“Just because I’m tall,” he says, displaying for a moment Meg’s own bad habit of dismissing her own successes). He’s a pleasant, loquacious people-person.

But he also comes out of a miserable, neglectful, and possibly outright-abusive home, the third of eleven kids and the only one in the family with any interest in academics. He skipped two grades so spends most of his time at school with people older than him, who all also probably hit puberty sooner and stared down at him in scorn for awhile (until he shot up like the beanpole he is, of course, at which point some of them probably still stared down at him in scorn, but upwards).

He needs to be a people-person because it’s the only way he can survive being an odd-ball.

What’s he been hiding, how has he been holding himself back, to pass for normal so well? Are his brains truly accepted by the jocks and older kids he spends most of the day with? Are his empathy and negotiating skills really appreciated in a household that communicates primarily by yelling and cussing? When he meets the Murrys, a family that isn’t ashamed to be different, suddenly he’s free to be himself. He does try to explain it to the stubbornly disbelieving Meg: “I’m not alone anymore!… There hasn’t been anybody, anybody in the world I could talk to. Sure, I can function on the same level as everybody else, I can hold myself down, but it isn’t me.” Meg can’t see it, but I can now. Calvin O’Keefe was a closeted geek.

There’s a difference between appearing well-adjusted and successful, and actually feeling comfortable in one’s own skin. Maybe Calvin had never been properly happy until he found himself in the company of people who had no problem with him, say, using words like “sport” in the biological sense. It makes you wonder where he would have ended up in life otherwise—oh, probably successful enough in a general suburban businessman sense, passing for normal as usual. But would he have thrown himself into his work enthusiastically enough to become the World’s Leading Expert in starfish regeneration without the inspiration of his future in-laws? Would he even have had the courage to pursue a career in science without Meg at his side to tutor him through the math?*

“I’ve never even seen your house,” he exclaims while heading there for his first Bunsen-burner stew dinner, “and I have the funniest feeling that for the first time in my life I’m going home!”

Maybe it’s still wish-fulfillment. Maybe most of the popular jocks being crushed on by lonely nerdy girls in high schools across the globe really aren’t sensitive geeks in hiding. But on the other hand, there’s probably more than a few out there who are just putting on a show, seeming to fit in, but secretly waiting to find themselves in the right company to let their geek flags fly.** It pays not to assume. Give a kid a chance and let a potential Calvin into your life.

*Much has been said about the future careers-or-lack-thereof of Meg and Calvin by people who just don’t get why Calvin became a world-renowned scientist while Meg, the actual biological daughter of world-renown scientists, became a SAHM. I’ve got things to say about this as well, but you’ll have to wait a few more weeks before I elaborate. It’s coming!

**I was just thinking of another character that fits this pattern—it must have been that Lando-movie teaser that came out the other day that put it into my head: Troy Barnes from Community. Cool jock whose complete geek side comes out when he finally finds himself in the right company. Not quite as smart as Calvin, admittedly…!

Click through to read all of “Calvin O’Keefe, Closet Geek (More on ‘A Wrinkle In Time’)” at GeekMom. 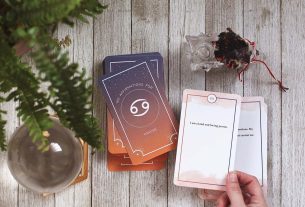 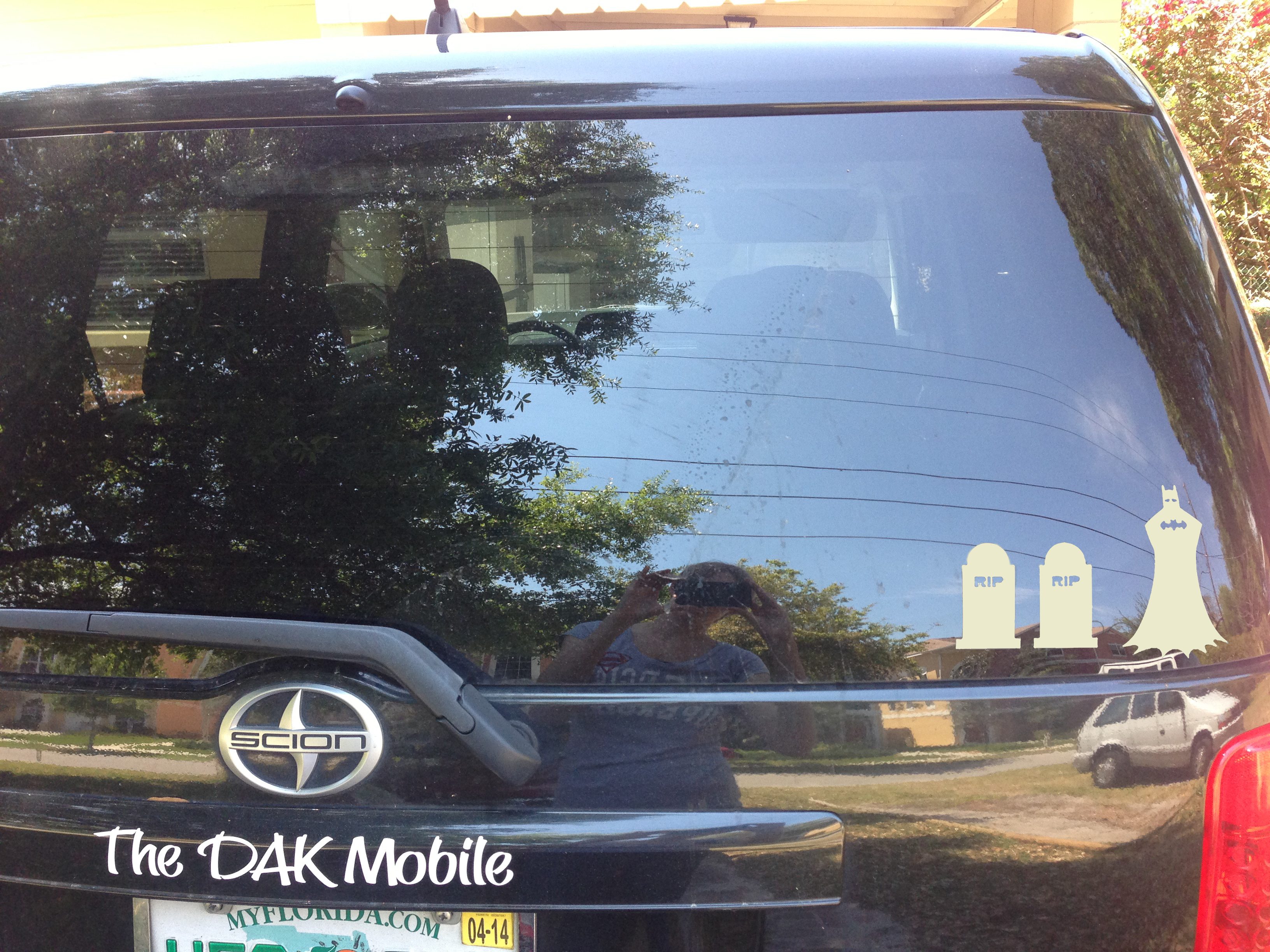