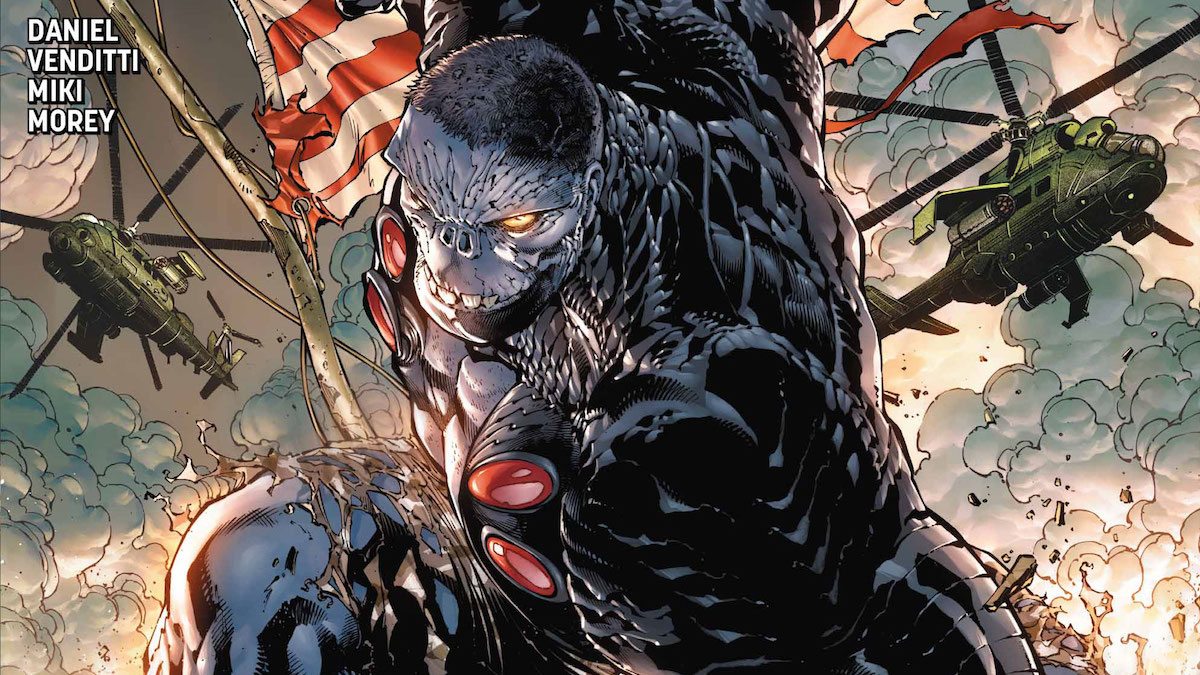 Ray: When Damage #1 was announced, the 90s kid in me instantly got excited – Damage was one of the first books I read outside the Batman/Superman/GL trio. But this isn’t that Damage. This has nothing in common with the Grant Albert Emerson Damage.

What it does have a lot in common with, though, is another hero – but not a DC one. See if this sounds familiar? A decent, unassuming man is transformed by a military experiment into a massive, mindless beast that rampages through cities. As he tries to keep his inner beast under control, he is hunted by the ruthless military commander who was involved in his transformation. Yeah, there is a LOT of common DNA with Hulk here, and this first issue doesn’t do quite enough to differentiate the concept. That’s mainly because the issue begins with the story in process – Damage is transformed already, with his inner self desperately trying to keep the monster under control. Tony Daniel’s art is the star of the issue, and that’s both a blessing and a curse. The good news is, his art looks among the best it has in a while, with some spectacular scenes of destruction and a genuinely monstrous-looking main character.

The bad news is, it’s an extremely action-forward issue that doesn’t give us much in the way of plot development. A lot of characters are introduced here, including the mysterious Colonel Jonas, the hard-boiled commander responsible for Ethan Avery’s transformation (she first appeared in Batman: The Merciless as one of the unfortunate military commanders who came under assault by Ares!Bats), as well as Major Liggett, an out-of-control military man who believes the power of Damage has been stolen from him. What little we see of Ethan this issue is intriguing, but the story seems to throw him from one fight to another – with a showdown with the Suicide Squad looming. This is the first of the “New Age of DC Heroes” series to debut, and it’s an extremely artist-driven issue. I’m not sure if this is the style of comic to expect in coming debuts, but it didn’t blow me away so far – the look and action is there, I’m not sure the story is.

Corrina: The new series that are coming out of the Metal event were intended as an artist’s showcase and Damage #1 succeeds in being exactly that. The scenes of Damage jumping out of the plane, the fight with the armored opponent, and the destruction wrought, clearly visible in the background panels, is impressive work, not just from Daniels but inker Miki and colorist Morey, who gives the monster and the armored man fighting him each a distinctive coloring.

As a bonus, Damage #1 also comes with a tri-fold cover, which looks amazing when laid out.

The series begins in media res. We don’t find out much about our lead except that he is trying to maintain control of his violent impulses. There are some intriguing elements to his transformation: he can only remain the monster for an hour and he cycles into the monster roughly once per day. Hard to stay hidden with that second limitation and hard to fight off those who want to capture him when he’s mostly in normal mode.

Unfortunately, the concept isn’t unique enough to truly stand out, plus the addition of the overused Suicide Squad means that there are two evil government handlers here–Waller and Colonel Jonas. This might be a slowly developing story that will be something interesting as the arc continues–Jonas may have hidden depths–or it might continue to be far too similar to the Hulk. Time will tell. 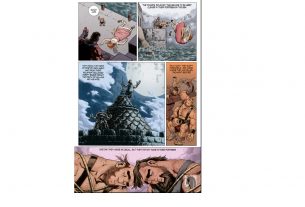