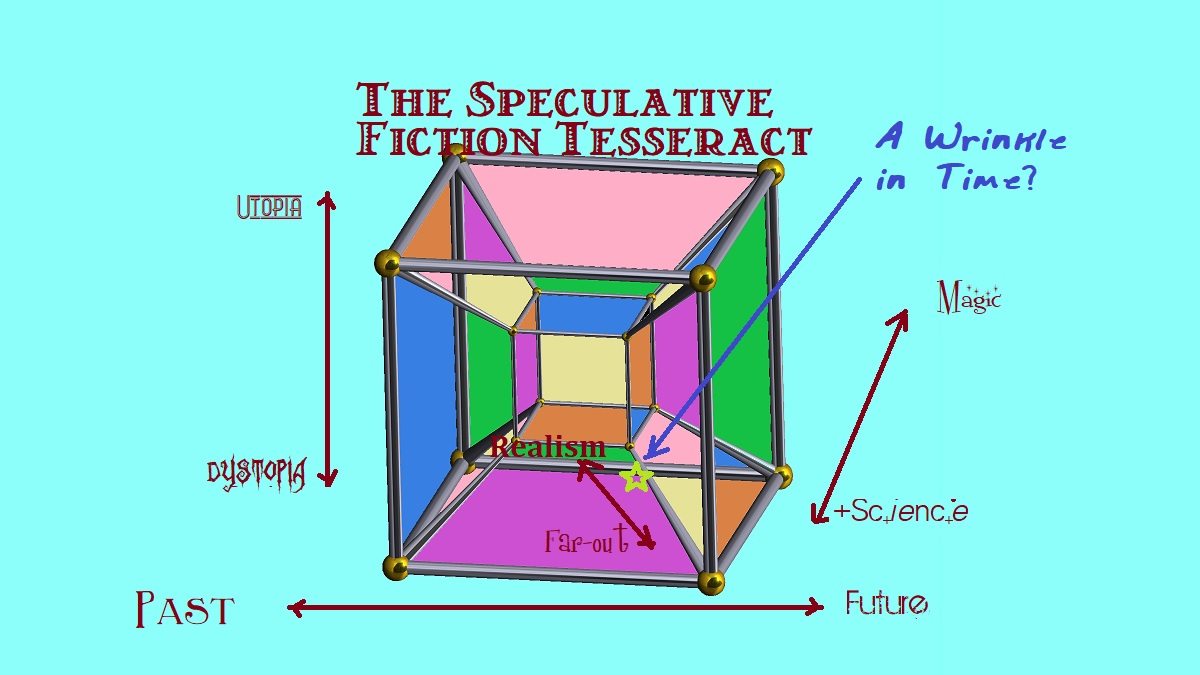 As we approach March 9, the release of Disney’s new adaptation of my all-time favorite book, A Wrinkle in Time, I’ve been diving deep into a different aspect of the book each week. Last week we looked at the various covers the book has had over time, and this week I’m continuing the focus on how to market the book by opening a potentially huge can of worms in a community of geeks such as us: science fiction vs. fantasy, and where A Wrinkle in Time falls within that.

“It has the general appearance of being science fiction, but it is not,” says the Saturday Review in the blurb quoted on the back of my copy. I wish I could find the original review, to read the context of that comment. What does that mean? Is that an assumption of quality or merely an awkward attempt at classification? Is it a rip on science fiction (“It’s not like those science fiction books, it’s literary”) or a defense of the manly genre against the trespass of a woman writer and her teen girl protagonist (“it’s not really science fiction, it’s got emotions and religion and junk in it”)? If you’ve read the other week’s post about the science of A Wrinkle in Time, you might wonder, how could such a book be anything but science fiction?

It’s clearly a science fiction framework. Warping space-time. Meeting aliens. Battling totalitarian dystopian regimes. But anyone going in expecting cold science might be put off to discover the story is actually about the social and family problems of a highly emotional teenage girl. Plus, there’s a strong religious element to A Wrinkle in Time, one that is never shown as false, primitive superstition. Your hardcore Science types might not want ANY such unprovables clouding their story, though I don’t think this element pushes the story out of science fiction: sure, our spacetime-warping Superior Beings truly believe they are serving a Higher Power yet, but there is no direct meddling-by-gods into the story itself—it could be merely a cultural thing. But Evil is a tangible substance—a thing which can literally cast shadows that inspire the worst in people. And once you give stars souls, and the free will to give their lives in the battle of Good vs. Evil, you have definitely crossed over into fantasy territory.

Most often, in fact, the good people who classify books do put A Wrinkle in Time under “fantasy.” This isn’t a very definitive descriptor, though. It’s the kind of descriptor that leads to people putting Wrinkle on “If You Like Harry Potter…” lists. Granted, I happen to love both Wrinkle and Harry Potter. But they have next to nothing in common, so it always seems like false advertising to me.*

But if it’s not quite science fiction and not quite fantasy, what is it?

If only we could wrap this whole debate up with two words: Speculative Fiction. I like the term “speculative fiction.” Fiction that speculates. Stories that ask the question, “What if?” What if elves exist? What if a zombie-causing virus broke out? What if a person developed super strength and/or x-ray vision? What if an interplanetary culture developed a religion based on the energy that binds and connects the universe and they had knights who learned to wield it? What if people could use a tesseract to warp space-time?

But there isn’t a “Speculative Fiction” section in the bookstore. There’s a “Science Fiction/Fantasy” section. Sure, this lumps science fiction and fantasy together, but it also inadvertently creates a dichotomy. It assumes that all the speculative fiction in this section will fall on one side or the other, like two sides of a coin. Science Fiction vs. Fantasy. Logic vs. Emotion. Male vs. Female.

I hate dichotomies. And A Wrinkle in Time doesn’t belong in one.

“Science Fantasy.” That’s another, more specific term people often give to A Wrinkle in Time. But that makes me feel like there’s a straight-line continuum between science fiction and fantasy. It’s a compromise between the two, but it doesn’t deny the existence of the dichotomy.

The subgenres of speculative fiction are nearly as vast as the imaginations of the people who write it. You have the hardest of hard science fiction, which clearly takes place in our world with just a few tweaks in technology. You have high fantasy, which completely takes place in an imaginary slightly-medieval-seeming world full of magic. You have books that seem to take place in a high fantasy world but include no magic at all. You have space opera, with starships and aliens and no science whatsoever. You have space westerns, which are like space opera’s gritty smaller-scale cousins. You have the Pern series, which Anne McCaffrey always insisted was absolutely science fiction even though it gave every appearance of high fantasy. You have magical realism, which is basically just realism with only a hint of the unexplained. You have steampunk, which is like science fiction gone backward. You have dystopia and you have post-apocalyptic survival, which could come together in one story but don’t have to, with any combination of scientific and/or supernatural involvement. You have horror, which could involve the supernatural, or it could involve science-gone-wrong, or it could simply involve someone dangerously but completely realistically unhinged. If the monsters are romantic and misunderstood, it’s urban fantasy. Which doesn’t actually have to take place in an urban area. Oh, and you have superhero stories, which, like horror, could be supernatural or science-based or simply involve an extraordinary realistic person, but the extraordinary saves people instead of killing them. And you have folktales, which are basically superhero stories passed down through the oral tradition for centuries, and mythology, which people still can’t seem to agree on whether or not it was meant to be taken literally, so the literal types might not consider it speculative fiction, but I do.

Your speculative fiction book probably can be placed somewhere on a spectrum between science-based and magic-based. But it can also be put on a spectrum between past and future. That’s a plane, not a line, but, hey, you can plot that. Except you could add even more dimensions. Other-universe-based to just-slightly-not-realism. Dystopian to Utopian. Plot-focused to character-focused. Large-scale to small-scale.

Yes, I’m saying exactly what it sounds like I’m saying: speculative fiction is a tesseract.**

So if we were to plot A Wrinkle in Time‘s place on the Speculative Fiction Tesseract:

I know I referred to Madeleine L’Engle as an “SFF author” in my author bio at the bottom of this article, but only because it’s three characters long as opposed to 19. And even if I had used the term “speculative fiction” instead, her body of work as a whole goes far beyond that, and it is just as hard to categorize. She herself created a dichotomy in which to sort her books (her fiction books—her nonfiction already adds an extra dimension): “Chronos,” or regular-clock time, the primarily realistic fiction primarily about the Austin family, and “Kairos,” timeless time, the primarily speculative fiction primarily about the Murry-O’Keefes. And it still doesn’t fit. Being in Chronos time doesn’t stop the Austins from battling mad scientists and telepathically communicating with dolphins on occasion, and the Murry-O’Keefes have their moments of strictly Chronos-based mystery-solving or even straight-up coming-of-age, too. Not to mention the characters who wander back and forth between the timelines, like Adam Eddington, who interned under Dr. Calvin O’Keefe before dating Vicky Austin, and Zachary “The Worst” Gray, who attempted to date both Vicky Austin and Polly O’Keefe at different times and is also, have we mentioned, The Worst.

I guess it all comes back to my perennial problem with labels: labels are good because they can help us find what we’re looking for. Labels are also bad because nothing fits one label exactly.

Which may be what I’ve always liked best about Madeleine L’Engle: her refusal to stay in one box.

And at the same time, Madeleine L’Engle, even in her realistic fiction, even in her nonfiction, is pure speculative. “In my life,” she wrote in the letter I received from her, “I find that in writing story I come closer to truth than in any other way.” She was deliberately asking the biggests of What-Ifs in A Wrinkle in Time. “I want to affirm that there’s more to the world than provable facts,” she wrote in the same letter. “In A Wrinkle in Time, I was quite consciously writing my own affirmation of a universe which is created by a power of love.” It’s science fiction that SPECULATES on science fiction, that asks “WHAT IF there’s even more to it than this?” She was taking the building-a-story-out-of-science base and digging a little deeper, climbing a little higher, into the unknowable.

And I, for one, am all for it. Let’s hear it for mixing all our subgenres into something exponentially bigger!

*If you like Harry Potter, you’re better off with Eva Ibbotson, Diana Wynne Jones’ Chrestomanci series, Rick Riordan, Edward Eager… well, any number of things. If you happen to love both A Wrinkle in Time AND Harry Potter, then you need to run-not-walk to Diane Duane’s Young Wizards series, but I might write more on that another time.

**Which settles the question, then. Tesseracts definitely CAN warp space-time. At least this one can.

Click through to read all of “On Genre and ‘A Wrinkle in Time’” at GeekMom. 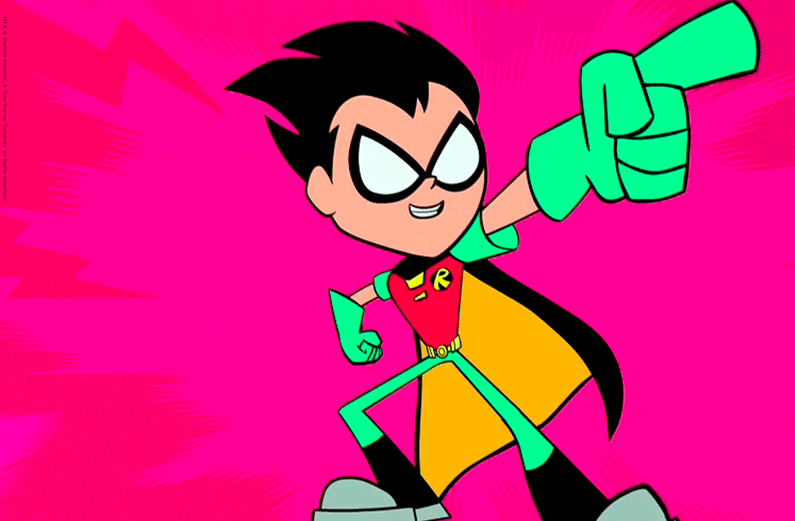 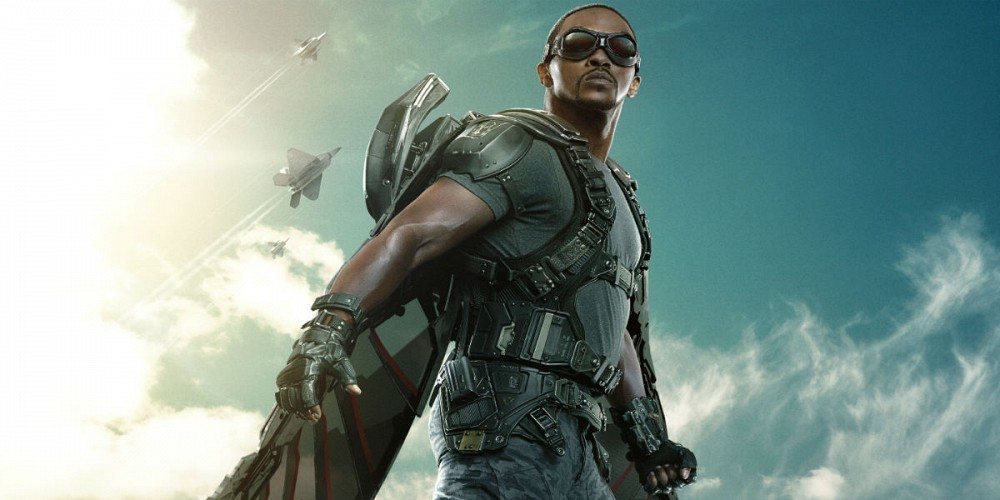 Check Out The Latest Thor: The Dark World Trailer!