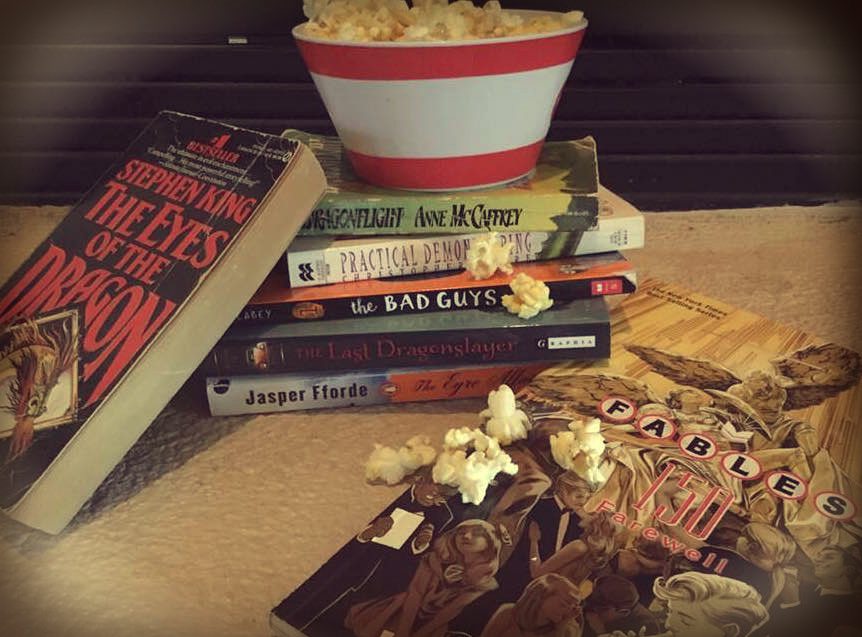 Soon, I will finally get to see one of my favorite books, Terry Pratchett and Neil Gaiman’s Good Omens, become a televisions series. It had to take a detour through the world of radio theatre first in 2017, thanks to a great adaptation by BBC Radio 4, but it will soon become a live-action series on Amazon Prime.

This is one of the books I never thought would make it onto the screen (big or small), and yet it should be here sometime in 2019. This gives me hope for some other books that have hit roadblocks along the book-to-movie route.

A few of my favorite stories I am still patiently waiting for the filmmaking world to take on include:

The Eyes of the Dragon by Stephen King

My favorite King by far is this dark fantasy where heir-to-the-throne Peter finds himself imprisoned after being framed for murdering his father, with younger brother Thomas soon to take the throne. Thomas, who grows to be a less-than-loved monarch while Peter devises and patient plan of escape from his prison, knows what really happened to his father, as he saw everything while spying through the glass eye of a dragon’s head mounted in the king’s room. Dark Tower series fans will see some connections in character names, like Flagg and King Roland. There were plans to translate this first as a movie, then as a Syfy network television adaptation, but nothing happened with either of these.

Moore’s raunchy fantasies set in the northern California community of Pine Cove have gained quite a following, but his debut novel is still the funniest. This weird “buddy story” follows 100-year-old Travis O’Hearn and his people eating and snarky comment-tossing demon traveling companion, Catch. When they reach the quirky Pine Cove, Travis hopes to find a way to finally rid himself of Catch. All Hell breaks loose at the expense of the characters, and it’s nonstop amusement for the reader. Despite fans wanting to see this happen, Moore, when asked if there is any progress happening to make his books into movies said on his own webpage, “Not a damn thing.” All his books have been optioned or bought for film at one time or another, but that’s as far as that goes. No big screen Catch yet. Hey, Netflix, here’s your opportunity!

Another fun book of Moore’s that would be great for the big screen is Bloodsucking Fiends, but I’d like to see a break on the vampire romances for awhile.

I keep hearing people say we need “a woman James Bond.” We do not. Not only because I love James Bond as a suave British man, but also because there are already some great women secret agents who are primed for the big screen, and one of them, I’m proud to say, is an American. Taylor’s Scarlett Couture is a modern day spy tale with a shout-out to Ian Fleming’s style of storytelling, where Scarlett uses her high society position as heiress of a fashion industry as the perfect front for her government intelligence agency. She’s the one doing the rescuing after the posh parties. The only reason I would be hesitant about this one being made is that Taylor’s sleek artistic style is one of the things that makes this comic so cool. This one really needs a director who will stay true to the source material.

Everyone seems so obsessed with getting a female James Bond, they are missing a perfect opportunity to let this original character give him a run for his money.

I keep waiting for a series or movie of this one, but shows with similar fairy tale and fable-based plots like Grimm and Once Upon a Time kept popping up in its place. I’m not criticizing these shows, but I want to see Willingham’s actual interpretation of these legends on screen including Snow White and Rose Red, The Adversary (Ghepetto), Flycatcher, and especially, above all, Bigby Wolf. I keep seeing hints that there is a movie adaption in the works. As far back as 2005, it looked like NBC would try it out, but we got Grimm instead. There was later some news ABC wanted it, but nope, that didn’t happen either. Back in 2013, I read producer David Heyman was interested in developing a film series. That might still be in the works, but there isn’t really any solid news to be found. I’ve even seen superfans link actors like Russell Crowe, Benicio Del Toro, and Jeffrey Dean Morgan to the role of Bigby. I’m fine with any of these guys, just make the movie already!

The Eyre Affair by Jasper Fforde

This whole concept is great. There’s a special group of literary operatives out there looking out for the classics we read and making sure people don’t mess with them. When characters from Brontë’s classic Jane Eyre begin to go missing, special operative Thursday Next puts her skills to work. This book takes place in an alternate world circa 1980s, but it could easily be done anytime. Plus, protagonist Thursday Next is a smart, funny, and a very relatable character who fans would want to follow along in a weekly television or movie series. Plus, everyone owns a dodo bird! Fforde has a hilarious website that explores this series’ world well and he does address the issue of movies based on his books. It doesn’t look likely, but Fforde’s criteria for interested producers are simple: “You have to have made a movie I’ve heard of, and liked.” Serious and established “players” only, in other words.

There are plenty of young readers books I want to see, as well:

The Last Dragonslayer by Jasper Fforde

Fforde’s humor isn’t just for adults. This first in his young reader’s Chronicles of Kazam series is suitable for young readers as well as adults, and like everything else he does, you won’t be able to suppress your laughter. Magic is common in the world of teen hero Jennifer Strange, but technology is pushing it out of fashion. The adventure begins when Strange, who works for an employment agency for magicians, becomes an apprentice to the last dragonslayer, and she eventually earns the title as… sorry, no spoilers. You have to read it. This magical, modern world is for those who thought they’ve read everything they can about teen conjurers or dragons. As for whether or not there will ever be a movie, please refer to my comments on Eyre Affair above.

The Westing Game by Ellen Raskin

This Newberry Award winner was my Ready Player One when I was a fourth grader… I didn’t want to put it down until I got the answers. There’s a mystery mixed with a hunt mixed with a young underdog. Reclusive millionaire Sam Westing has left clues in his will to a group of carefully selected “heirs.” These people come from a wide range of ages, ethnic backgrounds, and occupations, and don’t seem to have anything in common except being part of this “game.” The ones who find out who killed him first inherit his entire fortune and control of his company. It was written in 1978, and it is still a worthy adventure. In all fairness, this book has been made into a pretty forgettable television adaptation in 1997 under the name Get a Clue, but this needs some big budget treatment. It deserves better.

The Bad Guys by Aaron Blabey

Did you ever think a there would be a kid-friendly version of Reservoir Dogs, and we parents would approve? The weird genius behind Thelma the Unicorn has done it. Blabey’s illustrated misadventures of a bunch of “bad guys” (Mr. Wolf, Mr. Piranha, Mr. Snake, and Mr. Shark) trying to do good things is prime family-friendly binge watching. This is the easy read that helped my youngest transition to reading on her own. She has read this series again and again, and quotes it and reads passages aloud to whoever will listen. I have never seen her so taken with a book series, and I’m thankful to Blabey for giving her the reading bug. These books are a hoot and would make for an equally funny series. Released in 2016, this is the newest book on my list.  It doesn’t look like anything is happening soon, although Blabey has his own background as an Australian television and film actor. That might give him and advantage.

By now it should be evident I enjoy reading books with dragons. McCaffrey is the grand leader of dragon-centric fiction. For those who aren’t familiar with McCaffrey’s Dragonriders of Pern (all both of you), Dragonflight is the first book in the series. In it, we meet Lessa, an orphaned outcast who grows up set on getting revenge for her parents’ murder. She helps to change her own fate, as well as the fate of her world, with a dragon she has telepathically bonded with. McCaffrey sold the moving picture rights to her series in the 1990s, but despite all the talk of there being a television series or movie as recent as 2014, there still isn’t one. McCaffrey’s fandom is almost as enthusiastic of those who love Tolkien or JK Rowling. The fanfiction community alone is huge. They just don’t have a big screen series to call their own… yet.

Of course, there’s a caveat.

How many times have we been excited about a movie or comic making it to the big screen only to think, “What the what??? Did they even read the book first?!”

That’s happened to me more than once. They either change the story to “appeal to a specific audience,” or the director decides to change the entire story to fit their own personal political, social, or artistic agenda. Other times, a favorite characters or settings I have envisioned get horribly miscast, or the story is modified for a different location or era. Finally, there’s the movie-making death blow of eliminating favorite characters or scenes to fit into a certain time frame. This has even happened with movies adaptations I’ve loved. Where was Peeves in the Harry Potter series? Why didn’t the hobbits stop by and see Tom and Goldberry?

One would think having the visual artform of comic books and graphic novels as a resource would help point a movie in the right directions, but they’ve screwed this up time and time again. Even with tons of comics, radio theatre episodes to reference, not to mention a few old cheesy 1950s television adaptations, The Shadow movie from 1994 was so awful no one wants to tackle it again. It desperately needs a do-over. I heard Sam Raimi wanted to do one, but that looks to be another no-go.

No matter how good a job a director does with a book adaptation, the best way for a favorite book or comic to remain a favorite is for its story and message to move directly from the written words (or illustrated pages) into our heads where we, in a sense, create our own ideal movie adaptations.

Our minds are the best silver screen or silicon set there is. As long as our favorite stories are kept safely there, no one can mess them up.

As much as I would love to see some of these wonderful stories finally come to life for others to discover, I’ve learned one thing from my own moviegoing experiences over the years:

Be careful what you wish for.

Click through to read all of “5 Books I’m Still Waiting to See Become Movies or Television Series” at GeekMom.

The Future of Gaming: Virtual Reality 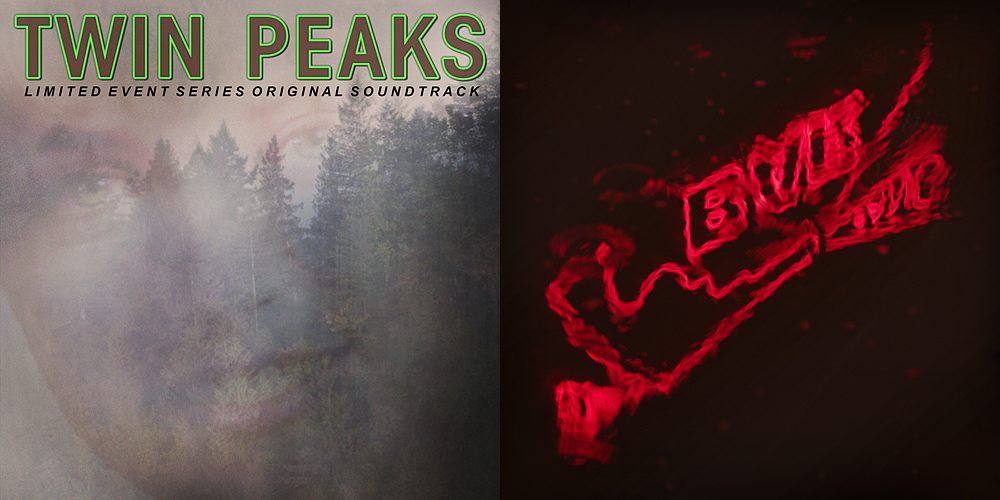