Ray: The second issue of this reinvention of one of DC’s most iconic magical anti-heroes opens by establishing that there’s been a game-changing twist in the way Jason Blood and Etrigan operate. Thanks to a strange, magical nuclear bomb that’s turned Death Valley into a surreal hellscape, Etrigan has now emerged as the dominant personality in control of the body, and Jason Blood is now haunting him as an intangible conscience. While they can’t actually hurt each other, it’s not long before Blood figures out a way to manipulate his former tormentor and keep him in check – by threatening to regale him with stories of everything good, pure, and hopeful he’s encountered in the world. That keeps Etrigan in line long enough for them to track down the little girl whose appearance started all of this.

Clearly, it’s impossible to separate this take on the Demon from the Hulk stories that seem to have influenced it – mostly benevolent genius vs. rampaging beast battling for control of a single body, nuclear explosion. There’s even the inciting incident of the kid running into the explosion. But here, there’s a distinct supernatural vibe, as the little girl seems to have some sort of undiscovered link to Madame Xanadu, and the post-nuclear Death Valley area is now populated by horrific shadow demons. The issue moves fast, with little to no explanation of what’s going on around them until they encounter the real Madame Xanadu. The reunion of the old Demon Knights allies, now bitter rivals, is going to drive a lot of the conflict in the series, although the cliffhanger falls a bit flat because we know it won’t stick.

Corrina: He’s not rhyming! Damn. I wanted to make a rhyming joke about how I’ll miss Etrigan’s poetic snark but then I realized how hard it is to actually write a good rhyme, and I bow to the creative team for finding a way to use the Demon Etrigan, now outside the form of man, without having to resort to rhyme.

The story started with Jason arguing with his internal demon. Now the tables have turned and he finds he can be just annoying as an angel inside Etrigan as Etrigan was as a demon inside a good man. (This series assumes that Jason Blood is a decent man, by the way, which has not always been the interpretation for the character.)

Not being familiar with the Hulk stories that Ray refers to, I thought the blending of the nuclear explosion with magic was an inspired idea, especially as it seems to be creating a special kind of hell for our characters, including Madame Xanadu. So where does that leave our supernaturally gifted little girl? We’ll see. It’s a tangled web that our villain has woven and I expect more surprises before it’s over. (Though I suspect Blood and Etrigan will be back as they were once this is over.)

Review – The Books of Magic #10: Many Unhappy Returns 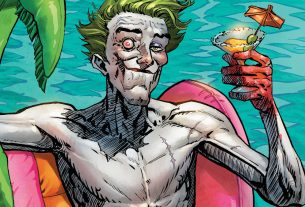 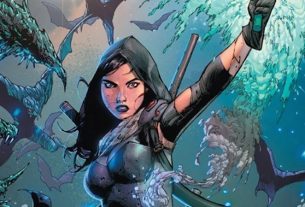