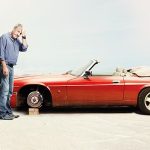 The Grand Tour officially began its second season December 8, with Jeremy Clarkson, Richard Hammond, and James May at the helm. Although the spirit of the show remains the same, there are plenty of changes from its inaugural journey.

“The Curse of the Brimstone Contract:” A Steampunk Adventure, Part 12