Meet Trypticon. The largest of the Titan Class figures released in the 2017 Titans Return Transformers universe. He’s not one of the more complex pieces to come out but he is still something to behold.

Trypticon is a triple threat with the ability to transform into a vehicle (spaceship), base, and a dinosaur. While classified as a “toy” for children ages 8 and up, after watching my husband and 12-year-old son drool and transform Trypticon I came up with a few reasons why this is not your average toy you’d give to just any child. 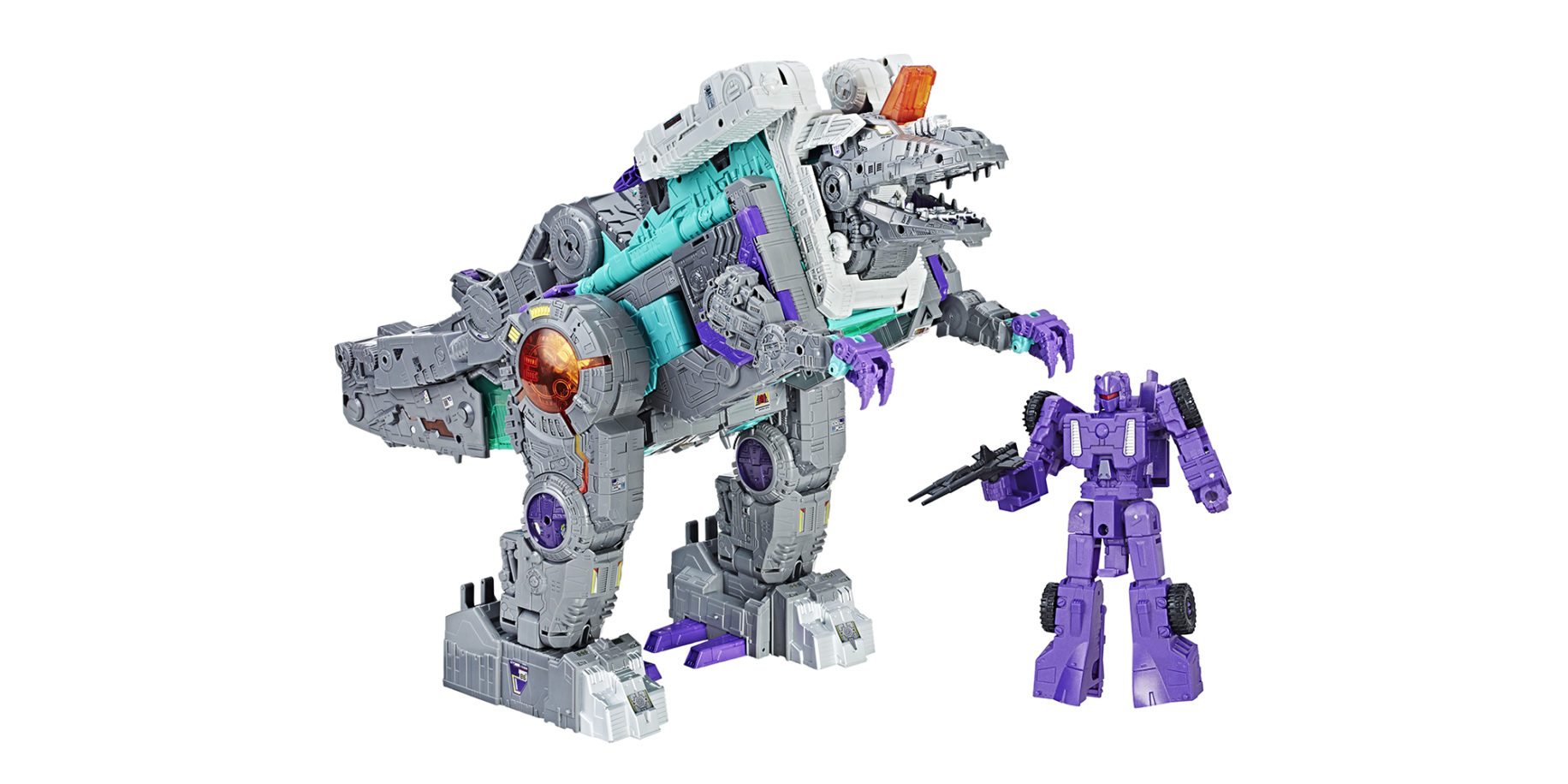 I don’t know about you, but I don’t know a single child who would take the time to put 170 stickers on any toy. Collectors who appreciate the details will find the stickers an enjoyable part of the assembly process. A child will not.

Don’t use the force.

There are parts that take just the right amount of force to transform. For this reason, a child might push too hard or get frustrated when making the transformation.

After looking over Trypticon and observing my family, I think this piece is more for display than actual play. While Trypticon is well built, I wouldn’t trust this in my son’s room and expect him to last long. 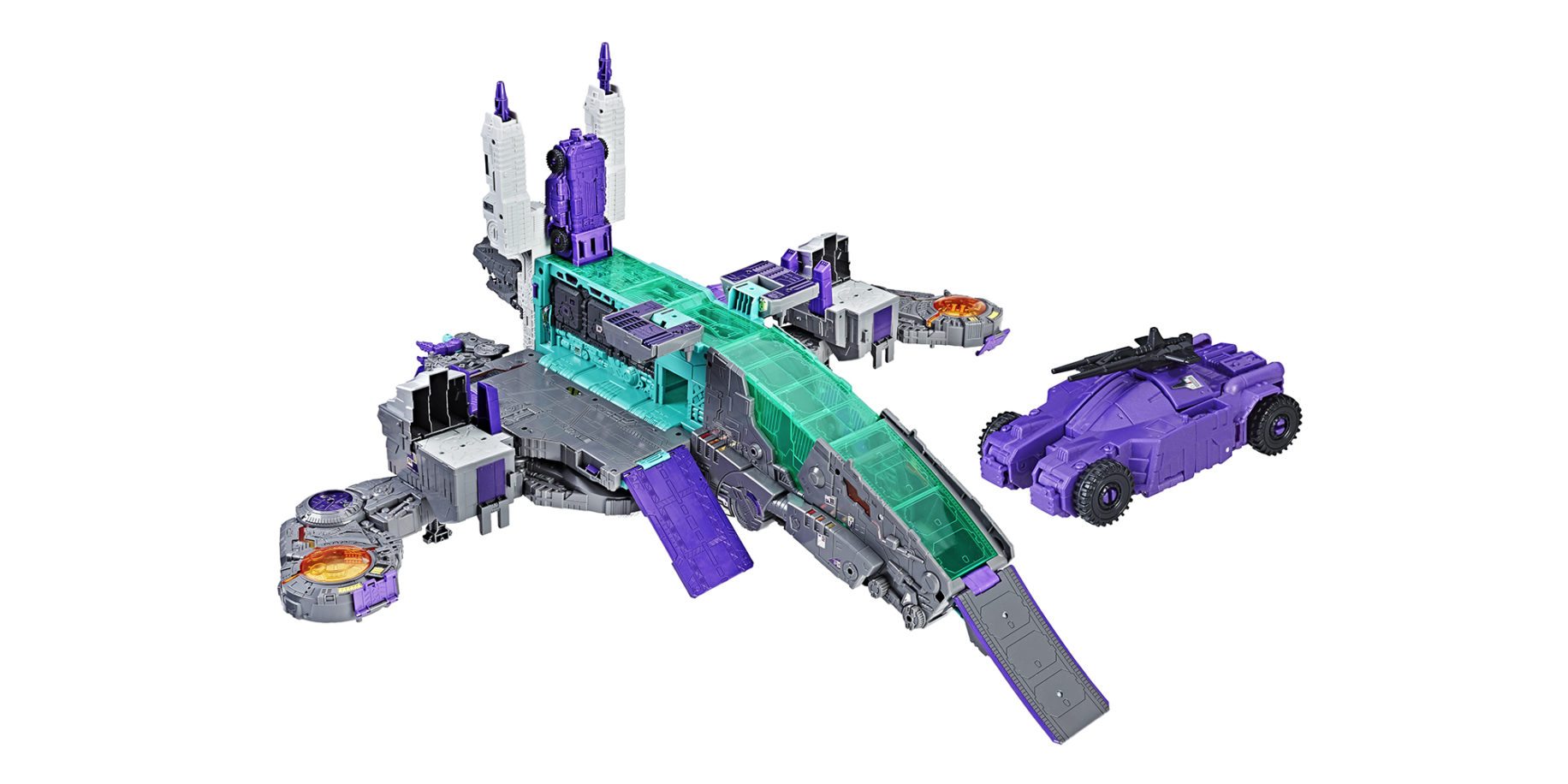 This is not your daddy’s transformer. This guy stands almost twice as high as the original and he’s only about five-inches shorter than Fortress Maximus from 2016.

He eats robots. Not paperclips.

One of the neat things about this piece is that he will eat Titan Master figures. Younglings might be tempted as my son was to see what else he might chow down on. Putting anything but the robots recommended for his diet could cause damage to the piece (this part of the post was added after sitting on the couch and hearing, “BRANDON! DON’T PUT PAPER CLIPS IN HIS MOUTH!!”).

Simply put it doesn’t take much for Trypticon’s legs to pop out of their sockets. They work great for transforming and displaying, but this would frustrate kids who want to be a bit rougher with the action.

As a collector’s piece, it’s hard to beat Trypticon with his three mode transforming skills and detail. It’s fun watching my husband break it all down and enjoy the process of transforming and checking out his details. However, it’s scary when watching my 12-year-old looking him over as if to say, “I wonder if he will eat my green army men?”

Trypticon is available on Amazon for $139. Check him out wherever Transformers are sold.

Pokémon: Should You Catch The Call Of Legends? 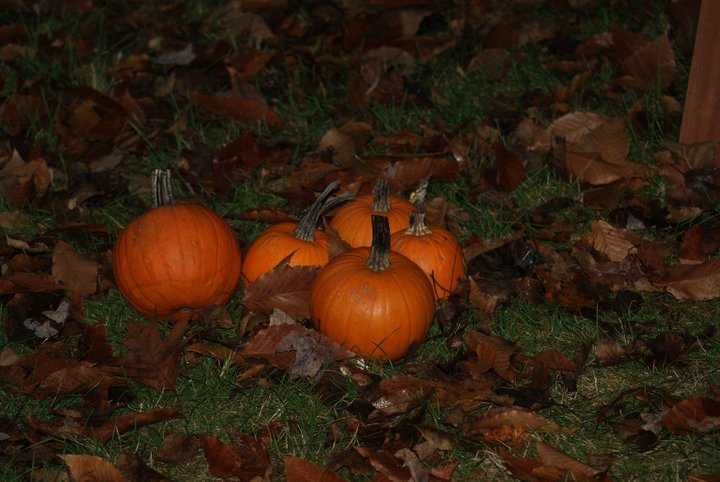