Growing up, Rachel Ignotofsky struggled with vision issues that made reading physically painful and frustrating. Today, the author and illustrator creates books and educational materials that make reading and science accessible for young people, with the aim of helping others embrace their individual learning style and find the same entry point into loving reading that she did.

At New York Comic Con earlier this month, The Portalist spoke to Ignotofsky about her books Women in Science: 50 Fearless Pioneers Who Changed the World and Women in Sports: 50 Fearless Athletes Who Played to Win, and the power of celebrating women whose accomplishments have been obscured.

Tell me a little about the research for Women in Science and Women in Sports.

For me, as an illustrator, especially because I illustrate such dense infographics and also just some really complicated information, I always start with the research before I draw. For Science and for Sport the first place I went was to some really great books that are at a higher level than what I’m writing. So for Science a really great one was Nobel Prize Women in Science. Also, another really great book that I think everyone should read is Headstrong by Rachel Lobby which is an amazing collection of 52 scientists. I started reading books like that and then I really dove in. I wanted to get as many first person accounts as I could. So I was watching lectures, looking for interviews. and then even went into NASA’s records to find first person interviews with some of these women. Annie Easley is one of those records that I really dove into to learn, what was really cool about that one is because she was working in the 60s and 70s at NASA, she also had to deal with a lot of discrimination and ended up being a pioneer at NASA for equality in the workplace. So her talking about that and also talking about NASA’s transition from focusing on space to focusing on Earth because of funding, that is a really amazing account that you usually don’t get.

Another really great account that was first person was in the Harvard archive, Harvard or Yale, and it was with Maimie Clark, who worked with her husband Kenneth Clark, she was the psychologist who developed the Doll Test that they then used to test how segregation affects children’s psyche. So she talked about how she started in psychology, working in the university and what it was like trying to get a job as a woman of color in psychiatry. It was unheard of to hire someone like that. And then how she developed a test to then prove that race is a part of a child’s identity and that you can affect a child’s self-esteem in a very detrimental way by segregating them in school. So all of her work was then used during Brown v. Board of Education to, you know, end segregation.

And so really getting to hear those first person narratives. Also on a lighter note, you get to hear their love of science. Gertrude Elion who was a famous cancer researcher was asked ‘what is your favorite discovery’ and she was like, ‘don’t ask me to choose from my children.’ So you really get to hear their personality. With Sports, I did the exact same thing. With both of them, and this is kind of a sad fact, sometimes I’d end up having to look at a bunch of obituaries because sometimes that was the only place these women’s lives were really written about. For Sports, I also did as many first person interviews as I could. And with that I was very heavy with the obituaries as some of my source research and that’s when you got to hear the real stories, the struggles that they went through, and their family telling them firsthand what it was like for them and how they impacted their community. Obituaries are great research when you’re trying to find previously untold stories. These stories aren’t easy to find, and that’s why we do the work that we do, to make them easy to find.

Do you have any advice for parents or for teachers who want to make their students or kids feel like STEM [Science, Tech, Engineering, and Math] is more accessible?

My big thing when it comes to STEM is that every single person should have scientific literacy in their life whether or not they’re going to become a STEM professional. It becomes hard when certain areas of STEM are seen as such closed off boys’ clubs or even just closed off in a way where it’s like you need to learn in a certain way in order to enter into this space. So the first thing I want to do is dismantle any stereotypes, and I think as parents and teachers the only way to do that is by telling true stories about people of color, women, people who have learning disabilities, There’s a few women in my book that battled with dyslexia who then went on to become, like, civil engineers.

So it’s having those stories accessible and told to these kids so they can say ‘that person is kind of like me in this way, I can do it too’ when they’re feeling a little down. And the second thing to do is to celebrate the way children learn.

Everybody learns differently and we need to give them the tools that make them want to learn. When I was a kid I struggled so much with reading. I had a lazy eye and I would get these huge migraines. It was so bad that they thought I was dyslexic. It ended up I wasn’t, I just couldn’t focus on the page because of my eyesight. Then I discovered cartooning and comic books and these heavily illustrated books gave me the confidence to approach really hard subjects. So there might be kids out there who like to learn by watching something, they might want to learn through illustration, by drawing something, by reading something that’s heavily illustrated. That’s why I make the books the way I make them, that’s why I make them so heavily illustrated. It’s almost like a game, looking at these books and trying to find all the information that’s in them. It becomes an object you interact with rather than something that you just read through. Because I remember those feelings when I was a kid. I longed for books like these. So just really inspired by the books that helped me read as a kid and gave me the confidence to approach hard scientific subjects.

Transform Your Mind Through New Eyes

Unbored Games: Serious Fun for Everyone 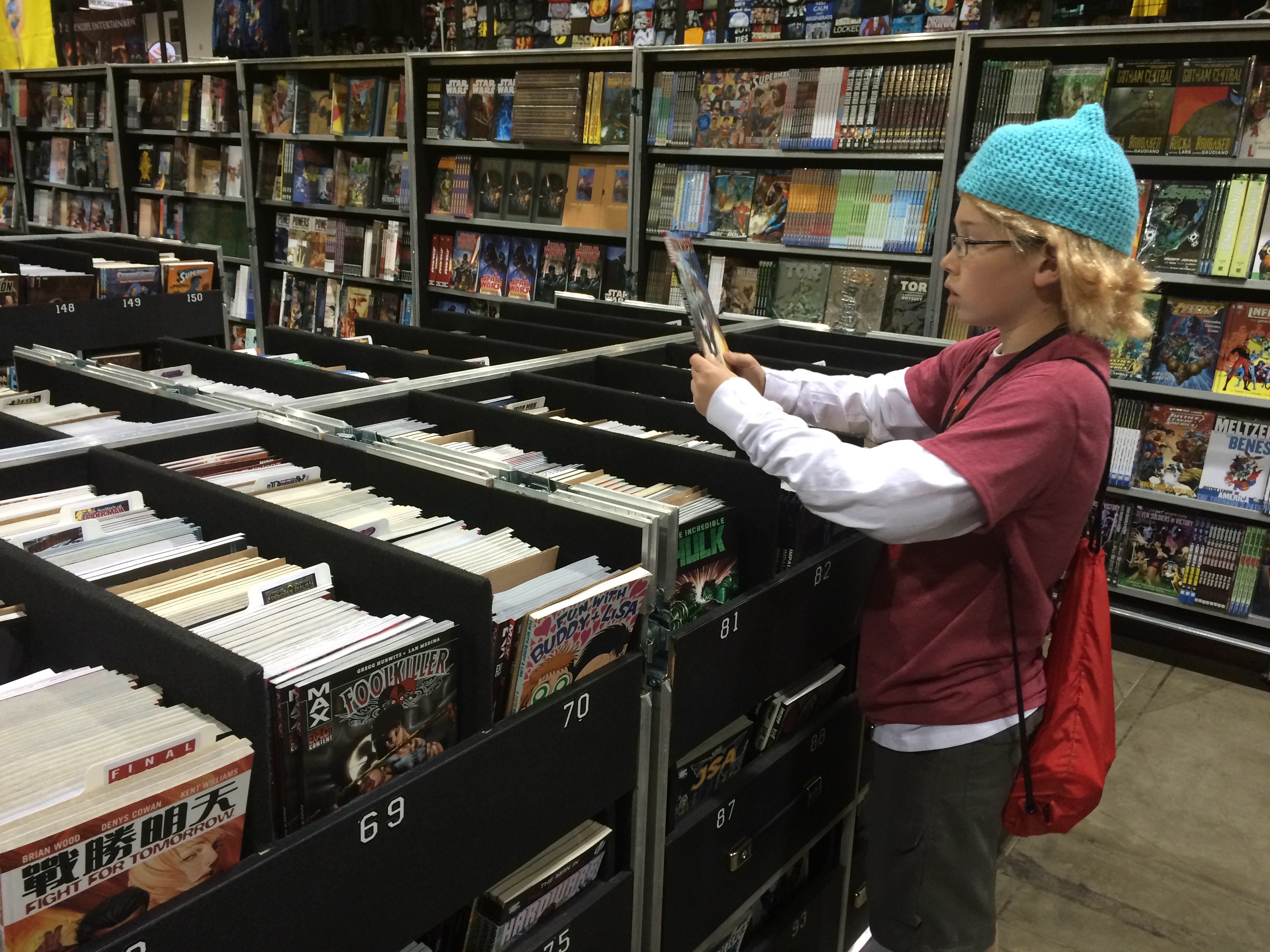