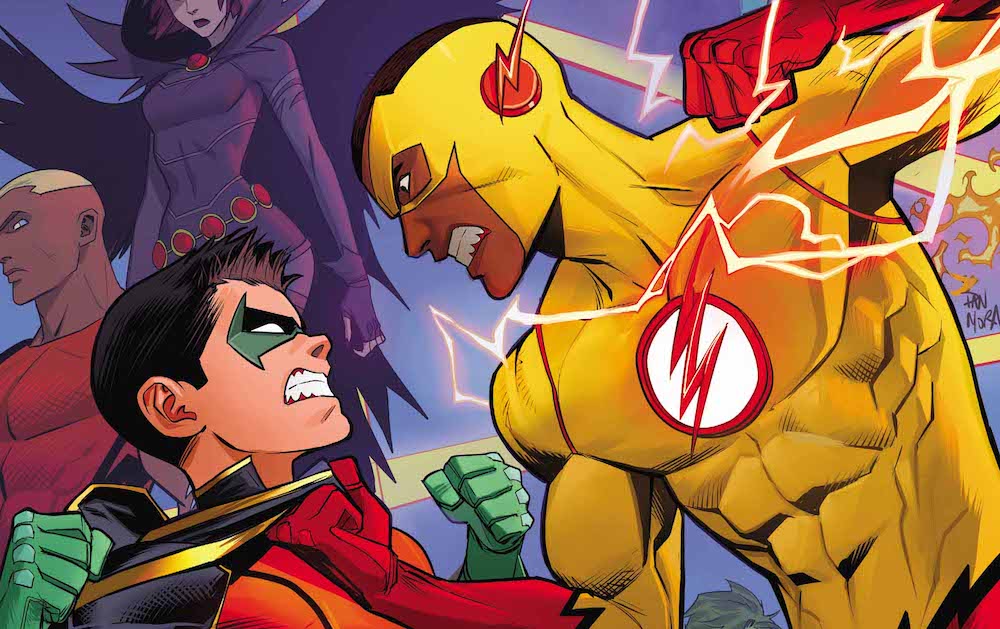 Ray: Probably the fastest-paced issue of the series, as Damian and his new partner-in-crime Emiko Queen battle against Green Arrow villain Onomatopoeia and the man-made tidal wave he’s created. Alongside Goliath, the two young heroes ride into battle in an opening segment that shows off the forces of nature in dramatic fashion. Despite himself, Damian is forced to call for backup – in the form of the Teen Titans. Although young Wally wasn’t receptive to the idea of rejoining the Teen Titans last issue, he agrees to join in the mission for the greater good, and what ensues is one of the best action segments of the series, as the various Titans use their powers in dramatic ways to slow down the wave, get the civilians to safety, and prevent any further casualties. But for those who thought this didn’t seem like the villain’s usual MO – there’s a reason.

The last third of the issue turns into a high-intensity sniper segment, as an injured Emiko and the rest of the team are forced to take cover and battle against a sadistic enemy with reach and no hesitation to kill kids. That leads Damian and Wally to team up again, using Wally’s powers and Damian’s skill to ambush him. Where this issue is strongest is in its character interactions, and Damian and Wally’s conversation after – with Damian’s teeth-clenched sort-of-apology – finally leads to the team being put back together. Not with Emiko, though – she’s still got better things to do, although her presence in this series has been thoroughly enjoyable. This title seems to be making headway in giving itself more of a genuinely young vibe, which is what every TT book needs to succeed.

Corrina: While I think the massive tidal wave may have been too much, especially considering what Percy did to this city in Green Arrow, and that Onomatopoeia ends up being defeated easily, this issue showcases the teamwork between the Titans that has been sorely lacking in previous issues. Part of that is likely a deliberate choice on Percy’s part, as everyone learns more about everyone else before they could work together, but the bickering has gone a bit too far at times, veering into “why would these people talk to each other, even?” (I also don’t think you can create massive tidal waves like this wave but this is comics and physics often work different, so I handwave that away.)

What I like is that we’re finally seeing enough of the other Titans to make this more of a team book than a Damian book. There’s Emiko, who is used well, especially since she is not intimidated by Damian, and Wally, of course, but also the other Titans who band together to insist that Wally is part of the team.

This series is far above the last Teen Titans series of the last few years, though it’s yet to scale the heights of the best Titan stories. Maybe that’s coming. 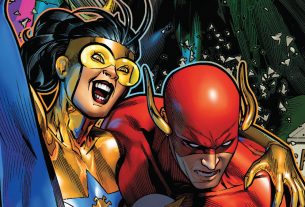 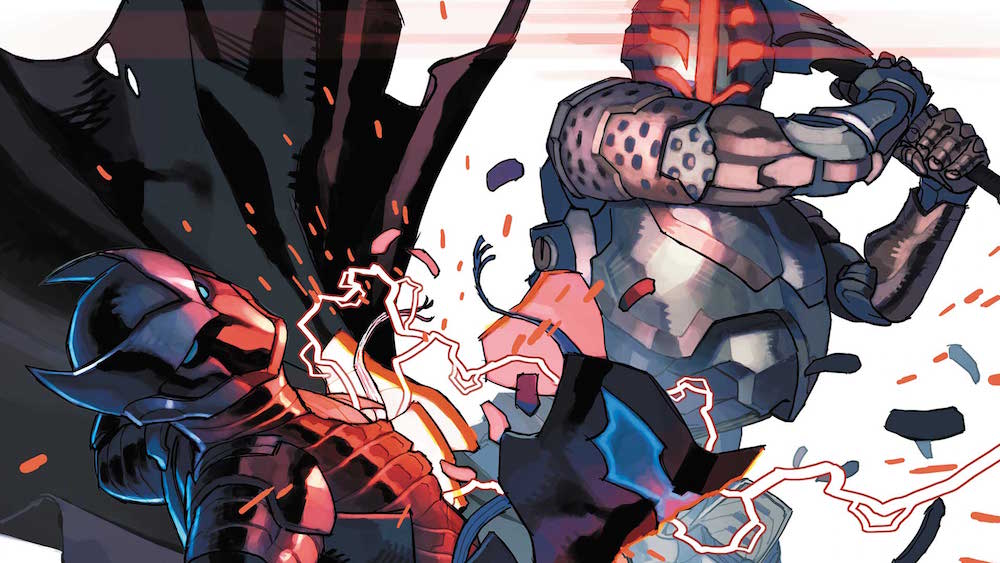 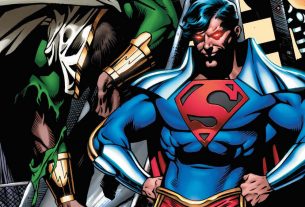